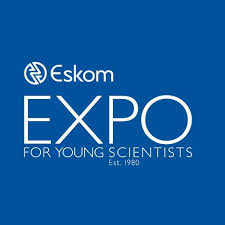 A total of 250 learners from the Makhanda (Grahamstown) area gathered to showcase their innovative science and engineering investigations at the Eskom Expo for Young Scientists regional science expo.

The regional final was held at Rhodes University’s Great Hall which was filled with projects from 29 schools that participated, according to Regional Science Dair Director and Scifest Africa Manager, Pumza Tshebe.

“Schools travelled from as far as Queenstown to partake in the event. Our youngest participants were grade 4 learners from Thembelihle Primary School in Queenstown. Their educator expressed great pride when they walked away with a prize during the awards ceremony,” said Tshebe.

A total of 86 judges who are educators, subject specialists, university students and Eskom Expo enthusiasts assessed the 185 projects that were on exhibition.

A total of 25 learners received bronze medals following the expo, 12 received silver and 14 received gold. Pupils from Victoria Girls High School received the most number of gold medals, and medals overall. The expo saw 16 projects shortlisted for interviews to represent the region at the Eskom Expo International Science Fair (ISF). The interviews have been scheduled for Tuesday, 12 August.

Regional Expos are being held around the country between July and August, where learners will compete for the chance to participate in the ISF to be held at the Birchwood Hotel and Conference Centre in Boksburg, Gauteng from 24 – 27 September.

At this prestigious event, learners stand a chance to win prizes and bursaries with a total value of R5 million and a scholarship to Germany sponsored by Siemens with a value of R1 million. Learners also stand a chance to be selected to embark on a much sought after international tour ranging from America, Asia, Europe and the rest of Africa.

Eskom Expo Executive Director, Parthy Chetty, says: “Now in its 40th year of existence, Eskom Expo continues to provide a unique platform for the thousands of bright young minds in our country, to showcase their talent, which would otherwise, have been lost in the system. The potential of our country is dependent on these bright minds, to be groomed to be future scientists and innovators”.