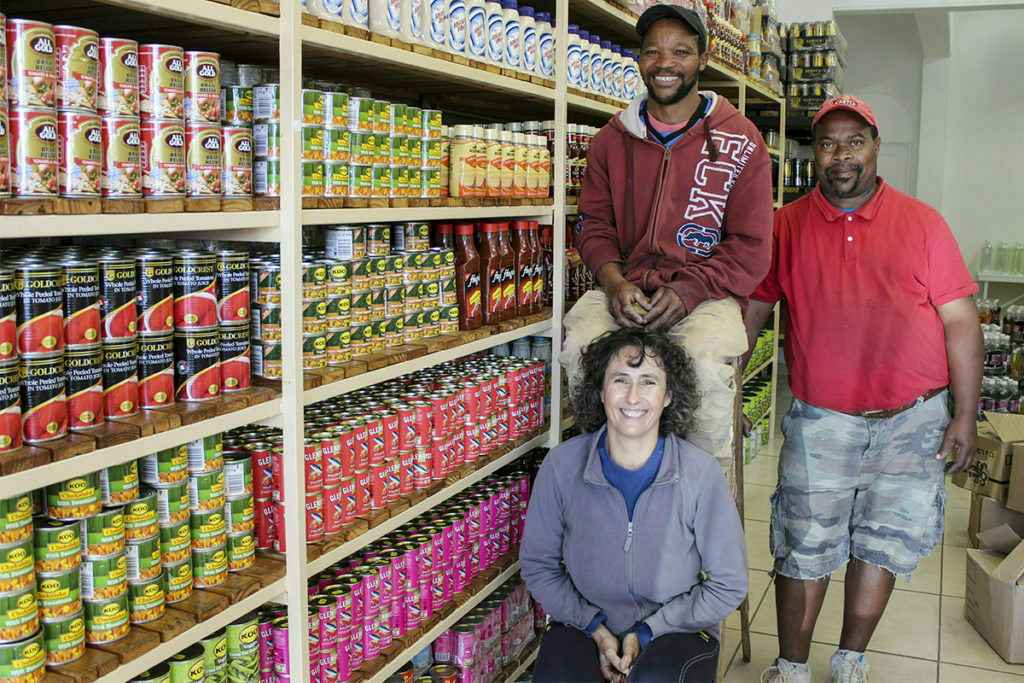 Several top national food brands will be available locally, for as little as half the price, after Foodeez opens here in Makhanda (Grahamstown) on Friday. The national franchise describes its outlets as ‘Grocery Factory Shops’ and already operates in three centres. The new shop in Hill Street, two doors up from the Post Office, will be South Africa’s 12th Foodeez outlet.

The retail chain solves problems for the food and supporting industries, while addressing some environmental and socio-economic ones.

Food wasteage across the world is estimated at around 30%. Here in South Africa, a CSIR study found that while 25% of South African households are at risk of hunger, or are experiencing hunger, 10.2 million tons a year of available food is wasted throughout the supply chain – around a third of what’s produced.

Foodeez buys short-dated, dated and damaged non-perishable food and grocery products directly from manufacturers and distributors, who would otherwise dump them. They sell the food – tinned, bottled and dry non-perishables – directly to the public.

The prices are greatly discounted, but there’s a limit on how much any one customer can buy per day. In other words, you can’t buy in bulk to resell at another shop.

This week we found the Foodeez team filling the shelves of the Hill Street shop with an array of tinned foods, sauces and spices, breakfast cereals, energy bars, energy drinks and more, in preparation for the new outlet’s opening on Friday.

“Interestingly, in Cape Town where Foodeez started (there are nine outlets there) the buying public is very mixed,” Sholto Douglas said. “You’d think people on a low budget would be the main customers, but in Cape Town, you’ll see as many Constantia housewives in the shops.”

With imported nougat and Italian biscuits among the special treats you’ll find discounted on the Foodeez shelves, there are great bargains for connoisseurs, alongside basics such as canned soup and braai relish.

“We think students will also be excited to find things like well known energy drinks at greatly discounted prices.”

WHAT DOES ‘BEST BEFORE’ MEAN?

“On non-perishable foods (tinned, bottled and dry goods) ‘Best Before’ is not a food safety date,” Sholto-Douglas says. “It’s an indication of how long the product is likely to remain at peak quality.”

After the Best Before date, the product quality gradually decreases over time, but with non-perishables is still safe for human consumption.

“From a safety perspective, you can consume nonperishable foodstuffs well beyond the best before or expiry date.”

Some countries use ‘Expiry Date’ on cans, bottles and dry goods, which in the case of non-perishables means the same as ‘Best Before”.

WHAT IS THE DIFFERENCE BETWEEN PERISHABLE AND NON-PERISHABLE FOOD?

PERISHABLE
Perishable foods are those likely to spoil, decay or become unsafe to consume if not kept refrigerated at 4.4 °C or below, or frozen at -17.8 °C or below. Examples include meat, poultry, fish and dairy products. It is these perishable foods that the Municipal Health Inspector instructs retailers to remove from their fridges, if they are beyond their safety date.

SOMETHING NEW IN TOWN
This article was written as part of Grocott’s Mail’s ‘Something New in Town’ series highlighting new businesses, and new products from established businesses. If you’d like to share news about your enterprise, please email adverts2@ads.grocotts.co.za and let’s talk!