Finding common ground… in the air 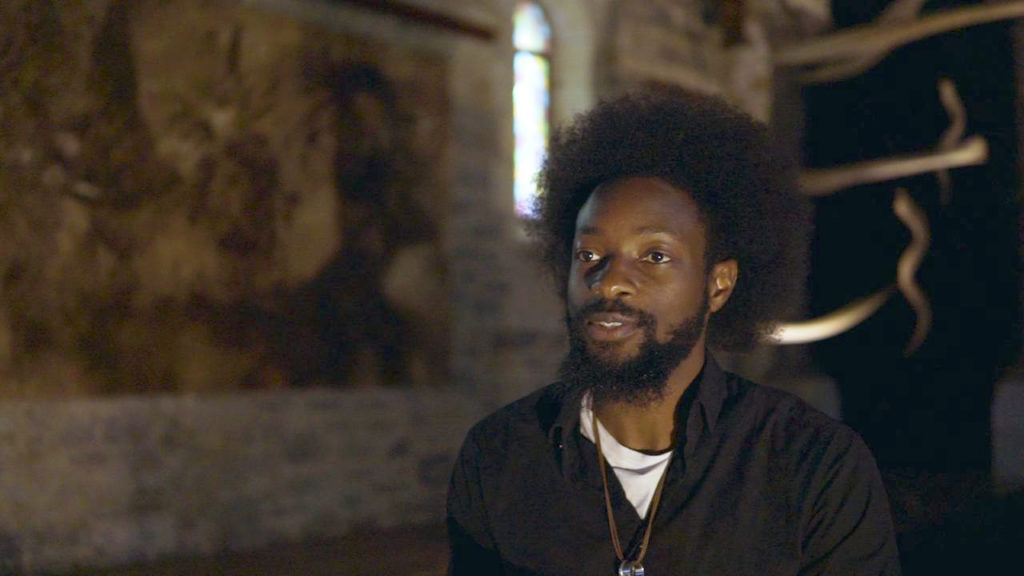 In the body of work for his exhibition, Mulenga looks at transcendence in flight as a common space between belief systems.

“In Zambia, cultural practices allow people to fly, using spiritual objects which they have constructed,” Mulenga explains. “Some use horns, some use tortoise shells, human bones and other objects.

“As a Christian, I’m comparing that with how Christians have flown with the holy spirit, interrogating the correlations and separations.

“In the Bible, there are scriptures which talk about people who have flown with Holy Spirit. For instance, Jesus descending from Heaven, and the experiences of Elijah, Enoch and others who experienced transcendence.”

Mulenga interrogates the apparent split in the beliefs and perspectives of people who believe in traditional cultural practices, and those who believe in religion. He seeks to understand why they can’t be combined.

“I believe that as Africans, culture and faith should be ways to bring us together, not create bigger divisions,” he says.

“Being a Christian or a cultural believer doesn’t mean you should [be narrow about your]beliefs, leaving behind one or the other. And I want to find ways to share our cultures instead of [having narrow views of]foreign cultures.”

Mulenga cites Zambian Laurence Yongwe as an example of an artist who has used indigenous cultural elements in his artworks about Christianity and culture. Being in South Africa for a prolonged time, Mulenga says, has allowed him to channel questions about his own differences from the people of South Africa.

“When you’re in your country of origin, you never see the necessity of questioning yourself,” he says. “Once you migrate, you start realising the difference between you and the indigenous people of that specific country, and start finding ways to adapt and introduce your cultural systems.”

The work of  British-Nigerian artist Yinka Shonibare was a starting point for him to look at non-African beliefs, and how people can carry ideas which are considered African but are in fact, not African.

“In my work I use powerful symbols of indigenous knowledge which people used to navigate life before the so-called Western introduction of Christianity. Which explains a lot to me as a person who grew up thinking that Africa doesn’t have a sense of culture,” said Mulenga.

“Using the idea of transcendence through flight is not necessarily about flying, but transcending above spaces where you were believed not to belong. Introducing your religion and beliefs into the spaces and sharing ideas, then separating from one another.”