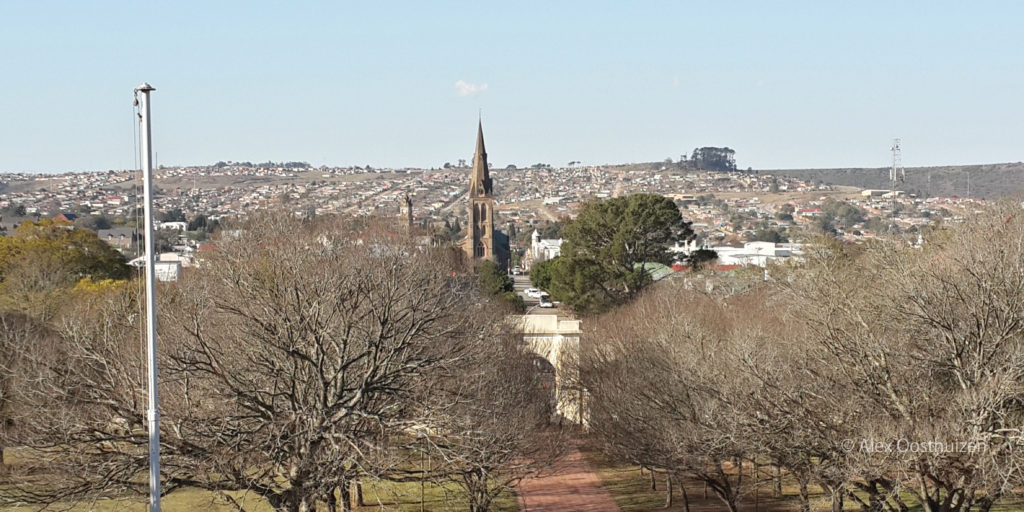 Makana Mayor Nomhle Gaga has welcomed the change of the city’s name from Grahamstown to Makhanda and says the municipality will conduct public consultations to unite residents around it.

This week Minister of Arts and Culture Nathi Mthethwa announced that he had made his final decision on the gazetted name change of Grahamstown to Makhanda. In a media release, Mthethwa said that following a “thorough, assiduous and painstaking process” he had found no just cause to withdraw the notice published in the Government Gazette on 29 June 2018.

“As such the proclamation as published in the Government Gazette in question stands.”

On 29 June 2018 Mthethwa published in the Government Gazette No 41738 the approval of “Grahamstown” to “Makhanda” after receiving recommendation from the South African Geographical Names Council (SAGNC).

The Ministry of Arts and Culture said it had received 332 complaints objecting to the name change, citing reasons including the claim that the Government Gazette on the 29 June 2018 was defective because it “…did not state the fact that the public have one month to object or complain to the Minister on his 29 June 2018 decision”.

Other reasons entailed complaints regarding lack of consultation “i.e. process, historical sentiment and nostalgia, and cost implications of the name change among other reasons”.

“It has been the Ministry’s stated position… that any notice that pertains to geographic name changes is not published in isolation but is meant to be read with the “South African Geographical Names Act, 1998” (Act 118 of 1998), “Promotion of Administrative Justice Act, 2000” (Act 3 of 2000) and the Constitution of the Country and the recourse in any administrative decision is clearly provided for by all these authoritative guiding documents,” the Minister said.

Mthethwa said letters objecting to the gazetted name change had been acknowledged in writing.

“After taking into consideration complaints, the advice of the SAGNC, and the authoritative documents cited above, the Minister carefully applied his mind and took a final decision,” Mthethwa said, and that as of Tuesday 2 October 2018 he had formally begun responding to every complainant informing them of his decision.

“The historical sentiments and arguments around heritage values were noted.  While it is indeed the Department of Arts and Culture’s mandate to promote and preserve our heritage, we cannot allow these sentiments to undermine government’s transformational agenda on the country’s heritage landscape. Standardisation of geographical names form part of a broader government transformation programme towards addressing the imbalances of the past, and it forms part of the symbolic reparations as recommended by the ‘Truth and Reconciliation Commission.’”

In a statement responding to the announcement, the Keep Grahamstown Grahamstown (KGG) campaign maintained that the notice was defective because it didn’t advise South Africans that they had a month to object to the name change.

“It was only through the efforts of Keep Grahamstown Grahamstown (KGG) which has campaigned for the retention of the name Grahamstown since 2007 that people were made aware of the their right to object in terms of the relevant legislation and object they did,” the campaign said. “The KGG’s submission alone was on behalf of approximately 10 000 individual objectors and many more objections were submitted directly to the office of the Minister. “

They said they regarded the change as unlawful and were confident of a successful court challenge.

Asked this week what plans she had to unite residents around the new name, the Mayor said the municipality would  popularise the name by  conducting  public consultations.

As for new signage, an item on the new name would be tabled to Council and through Intergovernmental Relations Forum (IGR) discussions plans would be made to change signage in and around the city.

Historian Julie Wells, who drove the change in its early stages, said, “People who support this name feel that it is one that restores the dignity of the African people, which is deeply important.  This view has been shared consistently ever since the name change debates started, so it is an appropriate conclusion.”