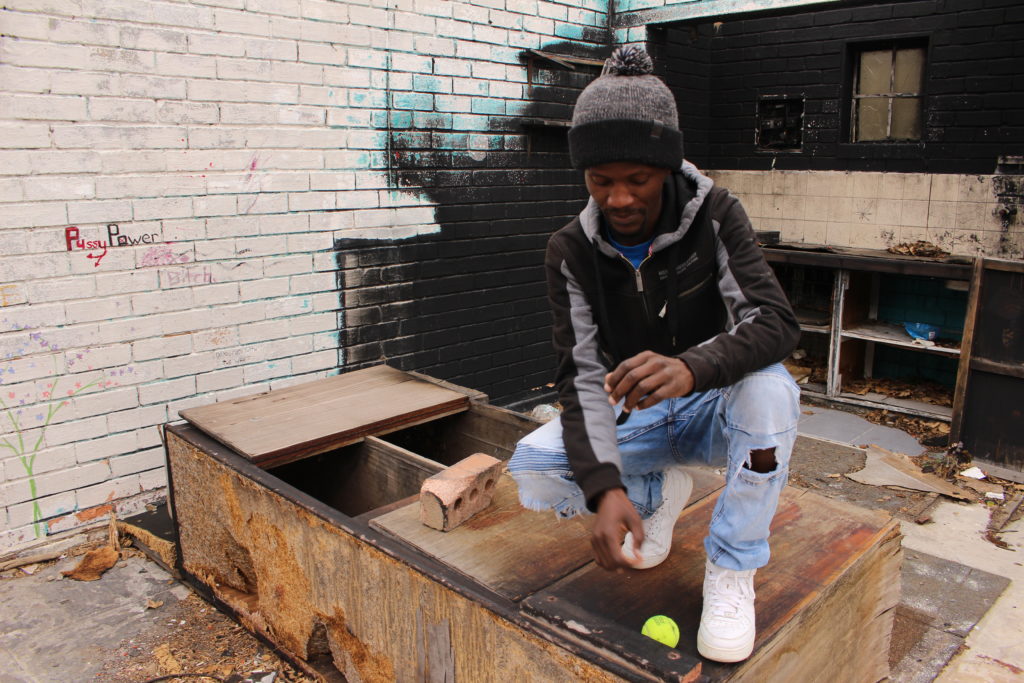 Azlan told Grocott’s Mail that he worked solo on his song, from songwriting to production.

He further elaborated that his song is derived from untold stories of his early childhood experience, as he focused more on matters related to kasi stories.

The Ghetto Classifieds is a mid-tempo Hip Hop song, with verses that touches the mind, body and soul of every kasi child’ who was raised by a parent who went through thick and thin trying to make ends meet.

“It was never a hectic journey writing this song. It took me two days, as I was pouring straight from a heart the challenges that I faced as a child,” said Makalima.

“Most local rappers, including myself, have been writing songs that are not a reflection of our experiences, because we trying to fit into the mainstream. In that way, we lose the purpose of why we are doing hip hop,” he said.

Makalima further explained that the feedback on the song he’s had from listeners has given him goosebumps. “Everyone says it touches long-healed wounds.”

Throughout the year, Makalima has been releasing singles including 18 Area, Bambelela, SingoMakenik etc, and the latest, he says, is a reminder that he’s on a journey to a full project for next year, 2019.

Azlan Makalima is a founder of Multimedia Makenik, an art and entertainment SMME, he’s also Grocott’s Mail’s online producer and a partner on Makhanda Rap & Dance Battles, a monthly creative and competitive platform by Via Kasi Movers.