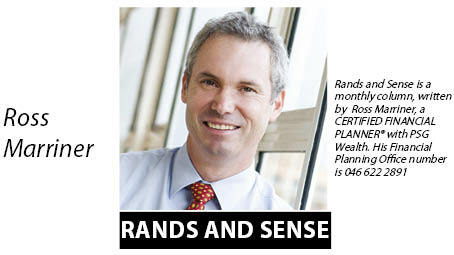 August being Woman’s Month in South Africa makes it appropriate to focus on some financial
planning issues that affect women directly. While the basics of good financial planning are the same
for both men and women, women often face particular lifestyle and economic issues that require
special consideration.

On average, women live longer than men. According to the latest World Health Organisation data
published in 2018, the average life expectancy for men in South Africa is 60 years and 67 years for
women. In the United States, these averages increase to 79 and 81 years respectively and life
expectancy is improving rapidly due to advances in healthcare. Unfortunately, healthcare costs
across the world tend to increase at a rate greater than inflation. It is clear that no matter where
they live, most women would need to ensure that provision has been made for additional
retirement savings so that they don’t outlive their money.

Women sometimes have no choice but to take time out of their careers if they wish to have children,
and this necessitates them having to move in and out of the workforce at certain times in their lives.
In some instances, the decision is made for the woman to stay at home to bring up the children. This
decision would have a significant impact on her future earning potential as well as on the amount
she would be able to save for her retirement.

Women also face unique medical challenges such as cervical and breast cancer. Research
undertaken in the United States revealed that 1 out of every 8 women will be diagnosed with breast
cancer during her lifetime. These diseases account for the majority of critical illness and disability
claims by women. Threats such as heart attacks and strokes, previously associated primarily with
men, have now also become significant risks for women. Surviving a critical illness or disability can
be financially devastating for a woman if she does not have adequate resources or cover in place.
Sadly, close to half of all marriages across the world end in divorce. A recent study found that
married people accumulate about 4 times more wealth than single people but, on average, divorced
people usually end up poorer than single people. It is often more difficult for a woman to
accumulate wealth after a divorce, especially if her career has been interrupted at some stage and
she needs to re-enter the workplace.

To deal with these unique challenges, women need to take an active interest in their own finances.
They should be encouraged to seek the council of an expert, someone who they feel they will be
able to trust. An experienced Certified Financial Planner will be able to guide a woman through the
financial planning process and assist her to achieve the right mix of products, thereby providing her
with peace of mind no matter what the future holds.

Rands and Sense is a monthly column, written by
Ross Marriner, a CERTIFIED FINANCIAL PLANNER® with PSG Wealth.
His Financial Planning Office number is 046 622 2891

Previous ArticleGarden in a wasteland
Next Article ‘This is war,’ says Mabuyane