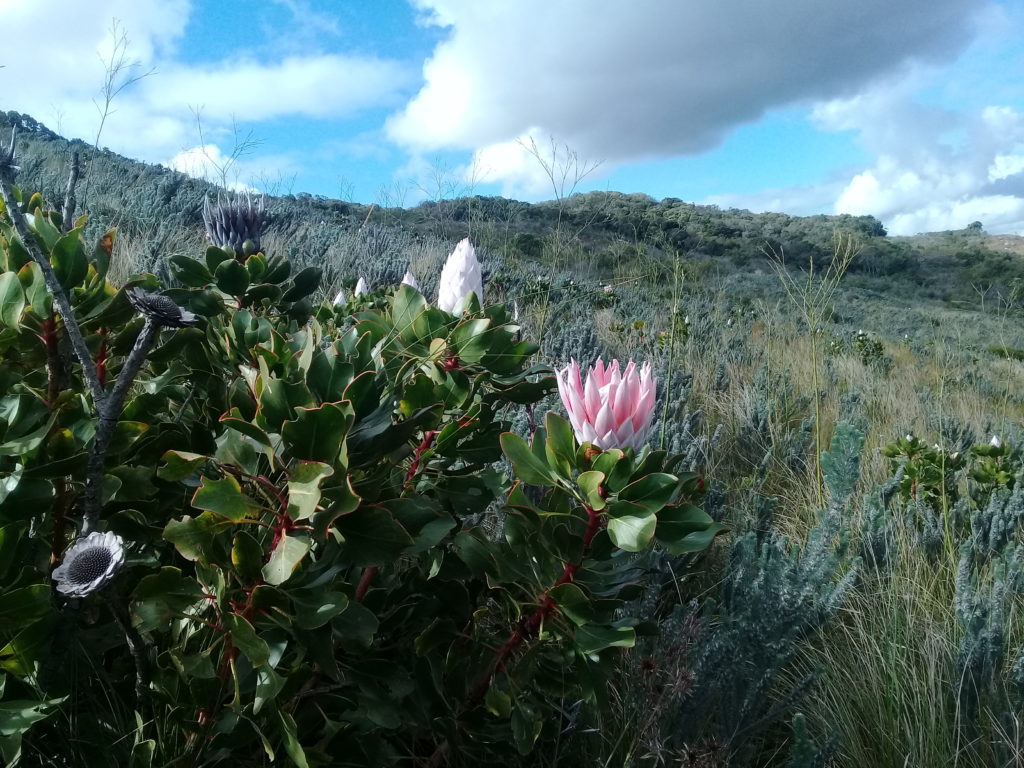 In light of community uproar over the illegal picking and selling of Grahamstown (Makhanda) wildflowers, Grocott’s Mail spoke to Makana’s Environmental Manager, Ndumiso Nongwe. As unemployment and crime remain a priority concern for the municipality, conservation and environmental education take a back seat.

“Since I came here in 2008 it’s one of those things I’ve been talking about, saying I have not spent a lot of time on conservation,” said Nongwe.

“What [the flower-sellers are]doing is illegal,” he said. “But maybe as municipal officials we have turned a blind eye. To us, when we are looking at that situation we normally say ‘Well, it’s better they do that than stealing.’”

Nongwe acknowledged the concern expressed by the community, and said Makana had referred the issue to the Green Scorpions. Last week Grocott’s Mail reported that the Green Scorpions had started their investigation. The flower-sellers at that time did not have permits, nor knew they were required.

“I understand their economic and social circumstances,” Nongwe stated. “We need to have a way of dealing with them. I need to take it upon myself to find out how we can meet and work this thing out, working towards sustainable harvesting.” Nongwe had not spoken to the sellers, but said he planned to do so.

He stated that he had made submissions to the Portfolio Committee in the past regarding legal and sustainable harvesting of local plants, but nothing had happened. “I’m working on it,” he said. He added that there were no bylaws or protocols about wildflowers, and this was something that needed to change. “It cannot go on like this.” “I want to look at some ways of focusing on conservation.”

With the issue of finances on the table, Nongwe stated that the majority of funds are directed to waste management rather than conservation and environmental education.

“Look, some of the issues can be dealt with without money, like environmental education and awareness. But some of these things need money. I don’t need money to go and talk to schools.”

“We used to have an eco-schools programme, and that was located in my office,” he added. “Those schools were dealing with waste management [and]conservation.” However, the programme was no longer active due to financial constraints, he said.

“I need resources,” said Nongwe. “It’s a one-man show. I’m the Environmental Manager, but I’m sitting here with my computer and my telephone.”

Nongwe encourages community members and organisations to work with him on conservation and education efforts. “My office is wide open for collaboration,” he said.