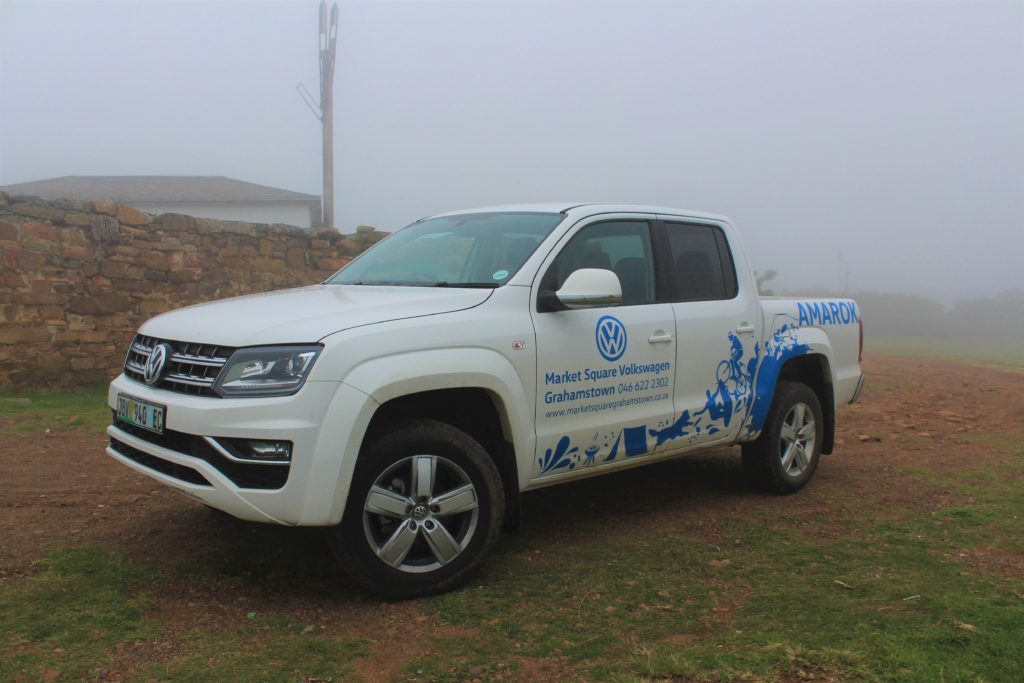 This week the test car belonged to a class dear to the hearts of lots of South Africans, it was a 2018 Volkswagen Amarok. The German hybrid of utility and luxury has and should continue to enjoy vast popularity due to the nature of its build.

By this I mean that the Amarok is not built or marketed as your typical ‘bakkie’ or farm vehicle, it is marketed as a recreational vehicle. The point of it is to be able to do anything and everything under the sun. Due to this it can make a great companion to daily life, however it might struggle when it comes to the grunt.

I was kindly given the Amarok double cab Highline spec by Market Square Volkswagen on African Street. The model tested came equipped with Satellite navigation, park distance control with a rear camera, and most importantly Volkswagen’s 2,0 litre turbo-diesel engine capable of 132k/W at 4000 r/min and 420nM at 1500-2000r/min.

But in my opinion this car should not be judged by how powerful it is or if it has the best low-range gear ratio. The Amarok is marketed more as a recreational vehicle than a utility vehicle, and it shows it around the city. Immediately it is very noticeable how clear and well-designed the reverse camera is, as well as how visible your surroundings are from inside the cabin. It has an impressive turning circle for its profile and has a very comfortable ride, considering that its chassis is set up primarily for rough terrain.

In the city it is really easy to drive around, and the only difficulty in general came with trying to adjust to the width of the car whilst parking. Thanks to the camera and the enormous side mirrors that deceptively take up a lot less space than one would think, backing into spots and manoeuvring are incredibly easy tasks.

It runs into issues on the highway though. There appears to be a minimal amount of road noise audible in the cabin, but enough for it to be noticed. Between putting your foot down and the automatic gearbox shifting down to allow the power to kick in, you have a 2 second lag. While delayed responses due to forced induction (turbos) are very common, I can’t say I am pleased with this characteristic. One final issue I have with the Amarok is that there is not a lot of passenger leg room (very little, to be accurate) and there are no rear curtain airbags.

To sum up my experience with the Amarok, It is not a perfect car, it has its flaws.. While the Amarok is a very enjoyable car to drive and is overall very good in the city, it is outmatched and outpriced by its competitors in the categories that a bakkie needs to excel in.

My recommendation is that you buy the 2018 Volkswagen Amarok if you are looking for an all-rounder that can take you to the farm for weekends but keep you comfortable and composed during your commute to work. It is also helpful if you plan on taking the kids to school or to away sports games on the weekend (however the lack of rear airbags is a consideration you need to make when looking at the Amarok).