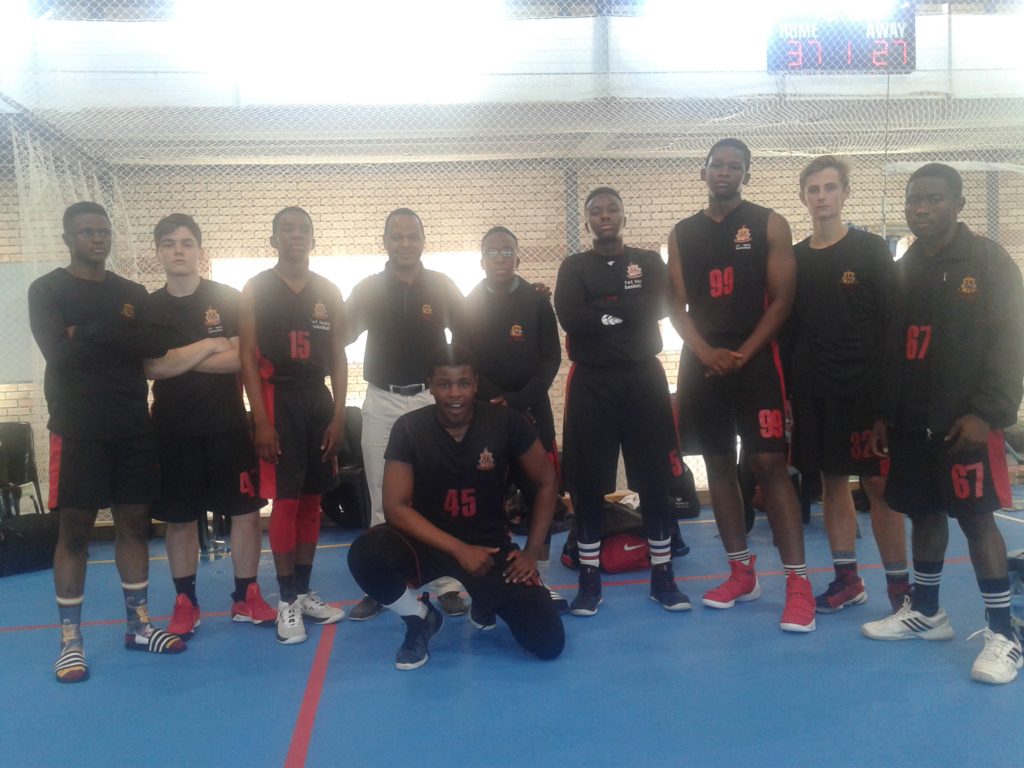 On a chilly Saturday 10 March morning, 12 teams decamped in Grahamstown to participate in the Kingswood College Eastern Cape U18 Boys Basketball Championship. The tournament brought in teams as far as Mthatha, as well as big names such as Grey College.

Kingswood, as hosts, were expected to open up the tournament with the first match, but their first opponents, Kuyasa, forfeited the giving them the points. Their second match was against the fancied Grey College U18A and it promised to be a thriller. In the middle of the first quarter Kingswood’s main defensive man, Bandile Kunene, pulled off a great block to deny Grey’s opening basket with the quarter ending with KC leading 7-2. Both teams came into the second quarter with renewed intensity with Kingswood 17-6 up at half-time

It was more of the same in the third quarter, with Kunene keeping Grey at bay; although the visitors managed to end the buzzer at 25-16.

A Grey player went down after landing rather badly in the fourth quarter and was forced to watch the rest of the game from the sidelines. But Grey kept fighting and finished strongly. Kingswood eventually ran out 37-27 victors. The home team also beat  Khanyisa 61-25 to reach the semi-finals undefeated.

Kingswood then lost 45-25 to the PE Comets in the semi-final, while Grey snuck into the semi-finals even after losing to Kingswood. There, they beat Saint Andrews 32-31 in a nail-biter that went intto overtime.

In the final, Kingswood conquerors PE Comments again proved to be the gold standard, beating Grey 53-37.