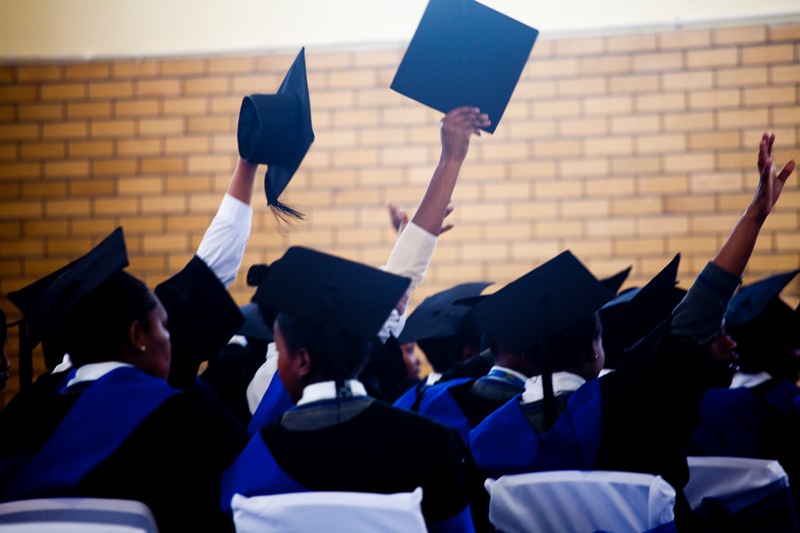 Don’t be distracted by pass rates, urges Siyabulela Fobosi. What we should be concerned about are the huge gaps between urban and rural areas, and better resourced versus poorer schools.

The Minister of Basic Education Angie Motshekga announced the results of the National Senior Certificate Class of 2017 on Thursday, 4 January 2017 and, noted “that the national pass rate improved to 75.1 percent when progressed learners are included and 75.6 percent if they are excluded”.[1] This was a 2.6 percentage increase from 72.5 percent in 2016.

These results show how the country’s school leavers performed in their final exams after 12 years of formal schooling. The results spawn a great deal of debate. There is a huge focus on matric results every year, in particular, the national pass rate.

While it is important to look at the national pass rate to see how our education system is doing, it is more critical to recognise that the focus on the national pass rate often obscures significant differences in provincial achievements, the divisions between urban and rural areas, as well as the unequal outcomes for pupils in poorer schools.

The Eastern Cape (65 percent) and Limpopo (65.6 percent) achieved less than 70 percent in comparison to other Provinces. While the Eastern Cape experienced an improvement by 5.7 percent, there is a need to improve the quality of education from Grade R onwards and, not only in Grade 12.

Learners from disadvantaged backgrounds perform poorly because, they are enrolled in schools with fewer resources, such as education materials and staff.

Access to quality of education remains very poor mostly in the historically deprived areas in the Eastern Cape; some of the schools do not even meet the basic learning infrastructure requirements such as access to laboratories, libraries and internet connections. This condition results in learners experiencing grade repetition and dropout rates. Learners from disadvantaged backgrounds perform poorly because, they are enrolled in schools with fewer resources, such as education materials and staff.

A Fiscal Monitor report released in October 2017 by the International Monetary Fund, Tackling Inequality, notes that addressing education disparities will lead to improvement in equality. As such, narrowing the disparities in quality education and learning outcomes is necessary in order to improve enrolment and academic achievements for all.

In other words, more emphasis should be placed on improving the quality of basic education and, not just an obsession with the matric pass rate annually. There should be better resourcing foundation phase and ensuring adequate Grade R funding. Support should be provided to more rural/poor performing schools and districts.

Improving the quality of basic education has the potential to address several socio-economic problems, reduce dropout rates and better-equip matriculants to pursue further education or enter the job market.