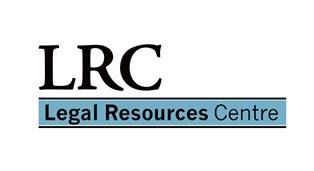 The Legal Resource Centre has welcomed the judgment handed down earlier this month that affects married transgender people.

The Western Cape High Court recently handed down judgment relating to transgender spouses who are married in terms of the Marriages Act 25 of 1961 and have subsequently applied to the Department of Home Affairs to alter their sex descriptor in terms of the Alteration of Sex Description and Sex Status Act 49 of 2003.

The Department of Home Affairs refused to amend the sex description of the Legal Resource Centre’s clients, arguing that the existing civil marriages, which are heterosexual, precluded the Department from amending the sex descriptor as it would amount to recognition of a same-sex marriage under the Marriages Act. One client’s marriage was deleted from the National Population Register, while two LRC clients were advised to get divorced in order to give effect to their gender identity rights.

“The LRC welcomes the judgment handed down by Judge Binns-Ward who declared that the conduct by the Department of Home Affairs in refusing to alter their sex description because of their marriages in terms of the Marriages Act infringed on the applicants’ rights to administrative justice, equality and human dignity and was inconsistent with their obligations in terms of the Constitution,” the LRC said in a media release.

The Judge emphasised that the Director General of Home Affairs is authorised and obligated to determine applications submitted in terms of the Alteration of Sex Description Act by any person, irrespective of whether that person’s marriage or civil partnership (if any) was solemnised under the Marriage Act or Civil Union Act.

The Court reviewed and set aside the Director General of Home Affairs’ rejection, alternatively, failure to decide the applications made by the applicants in terms of the Alteration of Sex Description Act and ordered him to reconsider the applications within 30 days of the date of this order.

The Court also found that the deletion of the marriage of the fifth and sixth applicants concluded in terms of the Marriages Act in order to alter the sex description of the fifth applicant was unlawful and the Director General was ordered to reinstate this marriage on the national population register within 30 days of the order.

“We are encouraged by the Court’s decision to ensure that the Alteration of Sex Description Act, a law that is crucial in realising the right to identity and equality of transgender persons, is implemented in a manner that complies with the Constitution of South Africa and that is respectful of the lived realities of transgender persons in South Africa,” the LRC said. “As the LRC, we celebrate our clients’ courage in standing up and fighting for their rights to identity, bodily integrity and equality.”