Reach for the mic- karaoke at Slipstream 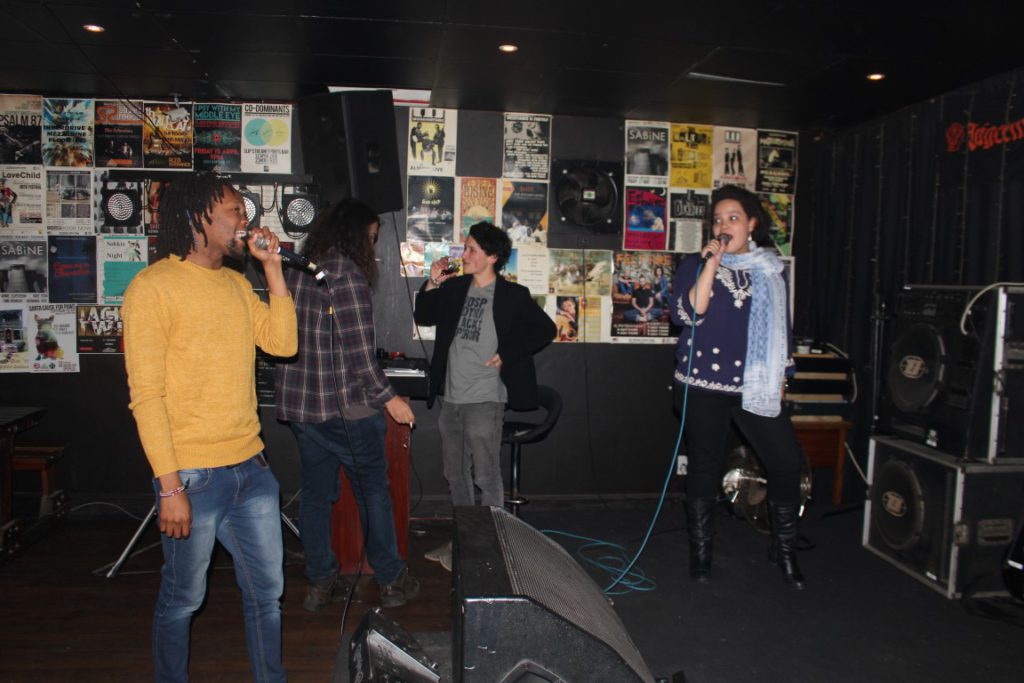 By far one of the coolest things to do in Grahamstown is karaoke.

The moon rises on a Wednesday night at Rhodes University and as darkness falls over the town, the students come alive and hit the streets for a night of fun. There’s something truly fantastic about holding a microphone in front a bunch of strangers and singing your heart out. Whether you’re singing a tribute to the Beatles, the Lion King’s ‘Just can’t wait to be king,’ or a more modern ‘Shout-out to my ex’ by Little Mix while staring your ex-boyfriend down, it’s both a very powerful and exhilarating feeling.

One of the best places to do karaoke in town is Slipstream Sports bar (SSS). General manager Mike Theron tries to focus on things that people do live, and karaoke falls under this category.

It’s no secret that SSS frequently has live music events and open-mic nights on a weekly basis. Theron knows how people love karaoke and he’s created a platform to let people express themselves. Although it’s generally students that join in on the evening’s event, he says that, a completely different crowd of locals comes to karaoke during Rhodes holidays.

Theron believes karaoke is a group event. “I think they come because they want to show the talent they have… or don’t have in some cases. None of them comes alone. They’re always in groups of friends.”

Perhaps there is courage in numbers. When a powerful voice takes the dark SSS stage, true talent is showcased. It’s reminiscent of a live concert

If you’re interested in a night out of karaoke, all you have to do is pitch up at SSS before 9pm, when the event starts, and sign up. Be sure to get there early, because the list fills up quickly. Grab a drink, play some pool and when the Master of Ceremonies (MC) starts talking, move into the stage room and prepare your lungs.

Last night’ session (Wednesday 11 of October) was held by Pierre Durandt, who is replacing the previous MC. “Karaoke is a thing for me because I need the money,” he says humorously – but admits how much he enjoys himself. He’s also a very good singer in his own right, and says he does it more for the karaoke than for himself, regardless of the cheers that arise when he performs.

Whether you’re there to sing or to laugh at your friends, karaoke is always a good time. In our small town, it’s sometimes hard to find something to do, so an opportunity to have a little fun with a microphone and a crowd has to be taken when it presents itself.