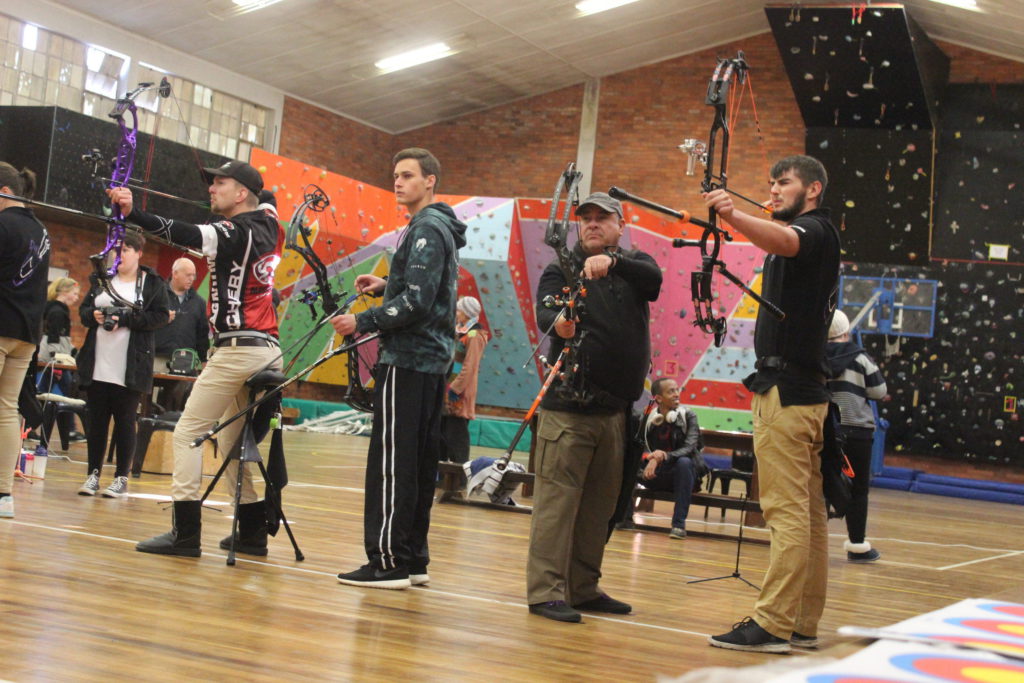 The past weekend saw archers from Port Elizabeth, East London, Jeffreys Bay, and Grahamstown line up at Alec Mullins hall for the Rhodes Indoor Archery Championships, with those who had travelled from  far the 19-20 August tournament not disappointed.

Gareth Ross was the standout local archer of the day, achieving two provincial colours qualifying scores. He would have had a national colours qualifying score too had the requirements not been adjusted shortly before the shoot. Still, to Ross, “It was definitely one of my better shoots. I’m very happy with the way I shot, especially since my scores have improved a lot since the last indoor competition in May.”

Rhodes Archery’s Vice Chair, Derryn Nel also impressed, shooting an Eastern Cape provincial colours qualifying score. Although she still needs one more in order to achieve her colours, Nel was satisfied with her score. “I’m really proud. I’ve only been shooting compound for 6 months, so it’s a huge achievement for me,” she said.

Nel was however, even more impressed by fellow Rhodes archer Trevor Rochat, who won gold in the Recurve Junior Men division at his first competition. The club won more prizes through James McAlpine, who claimed gold in the Compound Men division, and Victoria Girls High’s Erin Bradley, who won in the Recurve Cub Girls U15 division.

The World Archery and South African National Archery Association-sanctioned shoot showcased the potential in Eastern Cape archery and with several distinguished archers having come from Grahamstown in recent years, some of Rhodes Archery’s new members proved that the club is not short of talent that can fill their shoes.