Round two of the Currie Cup First Division 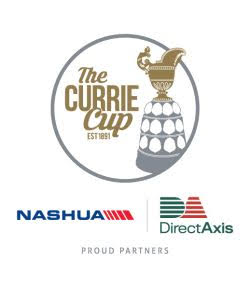 The eight Currie Cup First Division teams will all have one goal in mind in the second round of the competition this weekend – to find their form and build momentum early on.

In Namibia, the Windhoek Draught Welwitschias will continue to hunt their maiden Currie Cup First Division victory against Eastern Province who also want to break out of the blocks.

The last time the sides met was in the Currie Cup Qualifiers last season, with the Port Elizabeth side emerging 31-18 victors. The home team, however, scored 59 points against the Down Touch Griffons last week despite suffering a seven-point defeat, and they will want to build on that impressive attacking form.

In George on Friday evening, the SWD Eagles and Border Bulldogs will be hunting their first victories of the season after kicking off their campaigns with a draw and defeat respectively.

SWD had the upper hand in encounters between the sides over the last few years, as they suffered only two defeats in the competition against the East London outfit since 2011. However, the last of Border’s two wins was last season, while they went down by less than 10 points in four of the five matches preceding this, which will boost their confidence.

The Boland Cavaliers will have their sights set on registering back-to-back victories when they meet the Leopards in Montagu on Saturday, but they will face a visiting side driven by the desire to earn their first win.

The Leopards have a solid track record against Boland, as they have won all their match-ups in the tournament since 2013 with a score of 45 points in more in all but one of these games. But Boland come off a morale-boosting bonus-point win in the opening round and they will be determined to build on that in their first home game.

The Down Touch Griffons and Hino Valke, meanwhile, will look to build winning momentum after opening up their campaigns with confidence-boosting wins.

Interestingly, the hosts in clashes between these sides in the last three seasons have emerged victorious every time, while the sides also met in the 2014 final. Both teams delivered exciting attacking performances last week, but they also conceded a large number of points.