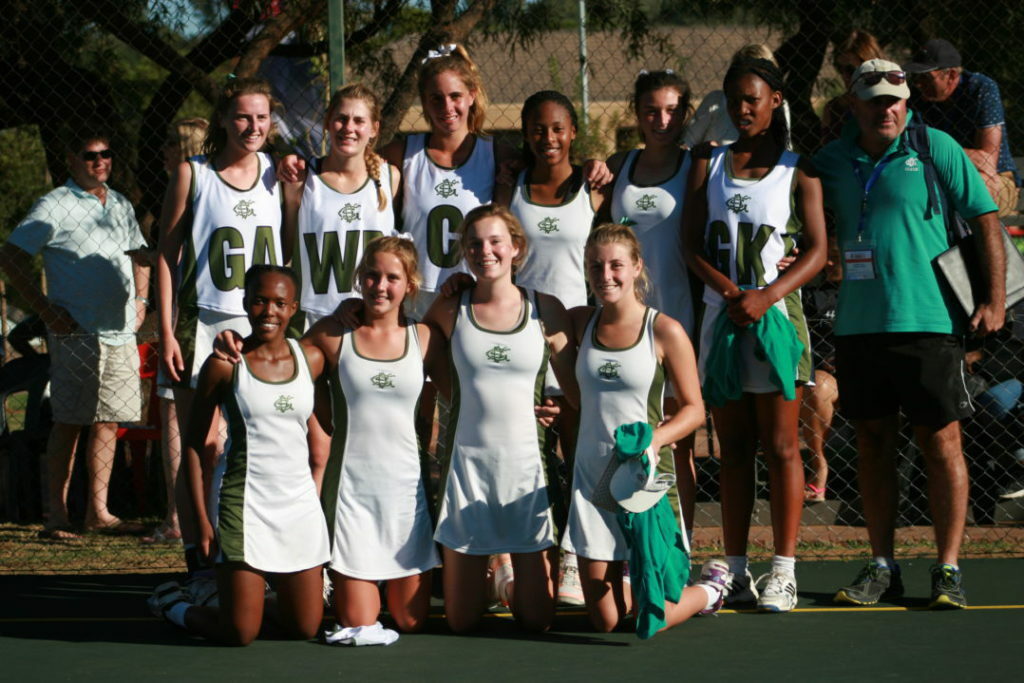 The girls were able to play to the best of their individual potential each game, indicating that the team was well prepared and physically fit for the tournament. Team coach Sanel Sobahle noted that the team is relatively new as they lost six players at the end of last year.  “Being a new and young team I do believe that this team is a team to content with at this Saints Festival,” Sobahle said. Each game played saw an improvement in team communication, defensive marking and attacking plays. Team Captain Emma Van Vuuren said that the team “improved each game and came back with a hard defence (and were able to prove that) we should be here.” While vice-captain Amy Anderson positively noted at the end of the tournament over all seven games that the team played “really well, and come into the tournament not  knowing each other as a team and ended the tournament knowing everything about each other as team.”

Sanel noted that taking part in the Saints Festival was been part of the DSG pre-season training and that it has prepared the team well for the league starting when the girls return to school.