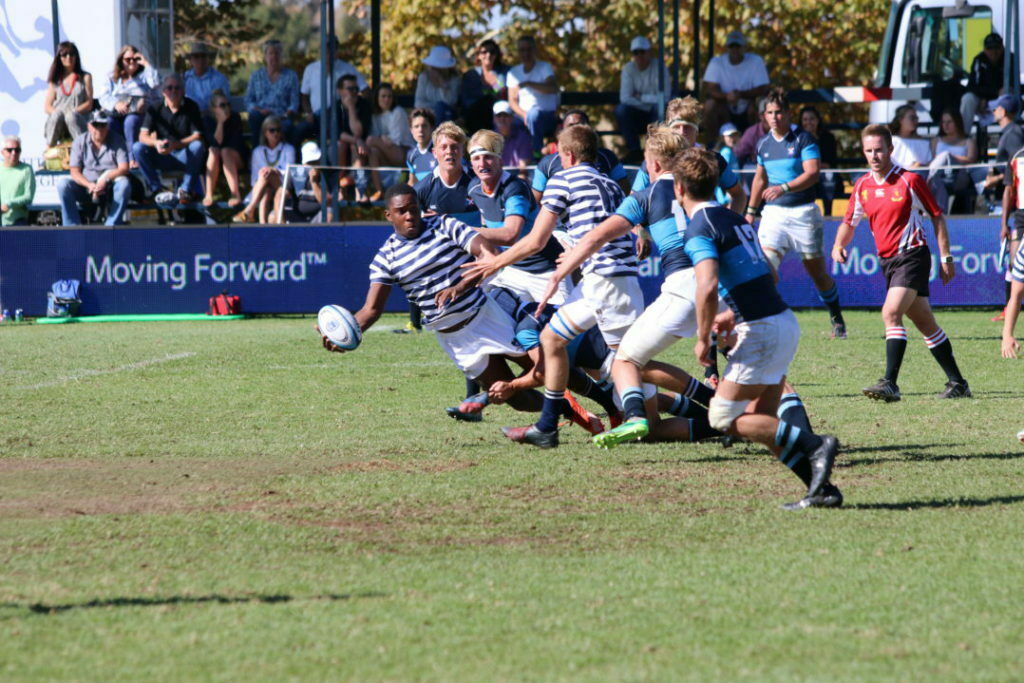 Graeme and St Andrews were part of the St Stithians festival whilst Kingswood took to the fields of the King Edward VII School (KES) festival.

St Andrews got their weekend off to a flying start by beating St David’s Marist Inanda 39-10 whilst Graeme almost managed to upset the hosts St Stithians going down narrowly 17-19.

On the other hand, Kingwood had a rude awakening as they went down to HS Ben Vorster 25-10 before another lose to Noordheuwel 35-22 on Saturday. Their best of chance of redemption came on Monday against the hosts. Unfortunately they endured a 41-10 drubbing.

Graeme bounced back from their opening loss with a resounding 24-3 win against St David’s before thrashing Pretoria Technical High School 38-0 on the final day ending what was a  good festival for them.

St Andrews continued their impressive form when they beat St Benedict’s 43-17 and had a chance to upset South African College Schools from Cape Town on the last day when they led 15-5 at half time looking very dangerous.

Unfortunately, an inability to convert their chances coupled with some defensive errors allowed SACS to come back in the second half to take the game 24-15.

St Andrews and Graeme College would have returned to Grahamstown very happy with their performances which bode well for the long season that lies ahead.

Kingswood will however, be looking to put the weekend down as a learning curve and will hope that they can use the festival as a building block towards getting their season on track and the performances back up to the high standard they have become accustomed to.