Championing the right to play 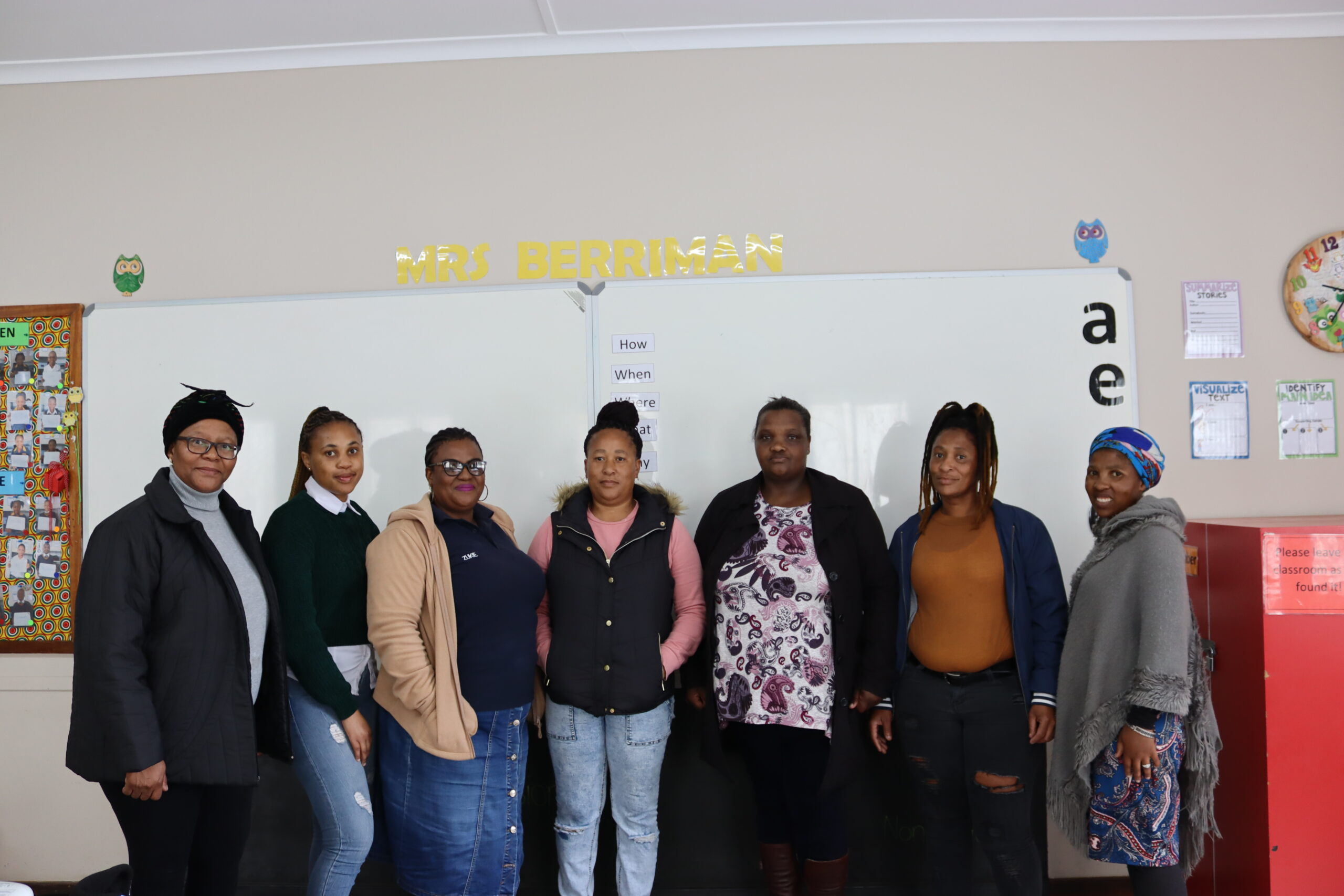 Some of Makhanda's child practitioners at the Play Champions workshop. Photo: Toto Tsarneba

Alex Talbot is a Master’s student at the Rhodes Department of Politics and International Studies. Earlier this year, she partnered with St Mary’s DCC to start the Makhanda Children’s Rights Coalition (MCRC) – a collaboration between child-care stakeholders to advocate for children’s rights and protection. The MCRC launched on 26 March.

On 26 and 27 October, the MCRC hosted the first Play Champions workshop for child-care practitioners in Makhanda to advocate for children’s right to play and encourage safe, diverse play in the city. The workshop launched “A Chance to Play” (ACTP) initiative – a manual to promote play for children in South Africa. The manual was created to be a resource to guide and inform similar participatory workshops. The Play Champions workshop allowed participants to share previous knowledge and experiences of play, debate issues surrounding play, interrogate play’s benefits and discuss ways to make play inclusive.

After the workshop, Alex spoke to Grocott’s Mail about her mission to secure the right to play for children in Makhanda.

“Play might seem frivolous and unnecessary, yet children are genetically programmed to play. Playing has essential benefits for the development and well-being of children. Play benefits a child’s physical, social, cognitive, emotional, and holistic development.

“Research shows the long-term success of free, child-directed play, including leadership, teamwork, getting along with others, planning and organising, self-management, using initiative, creativity, problem-solving, decision-making, independence, confidence and communication skills.

“Promoting and protecting the right to play is an obligation of signatories to the UN Convention on the Rights of the Child (UNCRC) and the African Charter on the Rights and Welfare of the Child (ACRWC) to which South Africa is a signatory to both[2]. Yet, South African children today seem to lack opportunities to play. Poverty, gender-based violence and poor education are some of the societal issues interfering with the right to play for many children in the country.

“After the Makhanda Children’s Right Coalition (MCRC) launch earlier this year, coalition members worked to identify children’s rights violations prevalent in Makhanda. One of the identified violations was a lack of safe space for children to play or engage in recreational stimulation. Thus, creating safe play spaces for children became one of MCRC’s priorities.

“Globally, privileged and underprivileged communities struggle to provide children with enough forms of safe and free play experiences. Children have been organised into tight school schedules, extra-tuition and others are required to do chores at home, which reduces the free time available for play. Parents also tend to over-emphasise the importance of the academic aspect of school and regard play as a luxury.

“Play Champions are a community of individuals, organisations and businesses from different walks of life who hold a special place in their lives for play. Play Champions are committed to creating opportunities for recreation by advocating for play in their communities and through their work. A Chance to Play South Africa is an initiative led by the MCRC to gain supporters in communities throughout South Africa to achieve the vision of a society where children enjoy play as an integral part of their holistic development and well-being.”

“Makhanda Children’s Rights Coalition wants to remind our city that it is the responsibility of adults, carers, child practitioners, teachers, institutions and organisations to provide for children’s needs and respect their rights, which include the critical right to play.”

“‘Play is the highest expression of human development in childhood, for it alone is the free expression of what is in a child’s soul'” – Friedrich Froebel.