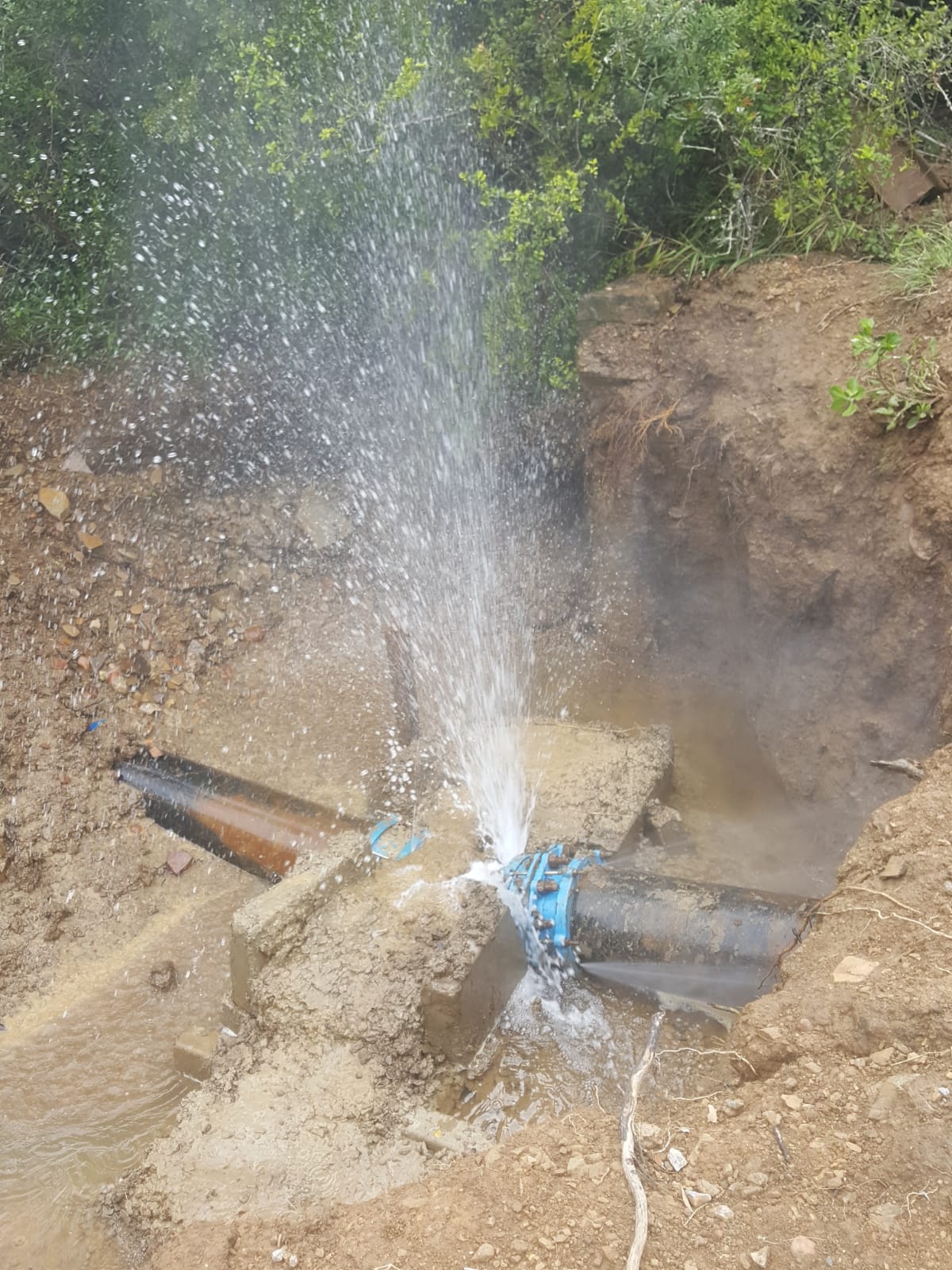 Hope for the normalisation of Makhanda’s water supply has again dissolved after another leak was discovered on the outlet valve from Botha’s Hill reservoirs into the transfer line and off-takes, scuppering the planned water-on day on Saturday, 12 November.

To compound the crisis, Ward 4 councillor Geoff Embling reported on Saturday that the recently ‘fixed’ leak near Howieson’s Poort Dam had broken again. In addition, the air valve on the line “is leaking much worse now,” Embling said.

This means the city’s water supply has been compromised on both the western and eastern sides.

The water was due to open on Saturday, 12 November. The municipal water team is assessing the extent of the damage on the outlet valve from Botha’s Hill reservoirs. “Due to high pressure, it is taking longer than anticipated,” a Makana Municipality communique said.

“The water supply will not be possible before fixing this major leak. The team will continuously observe the situation and attend to the leak as soon as the water subsides,” the message said.

Grocott’s Mail will soon provide a full report on Friday’s meeting and provides updates as soon as they are available.