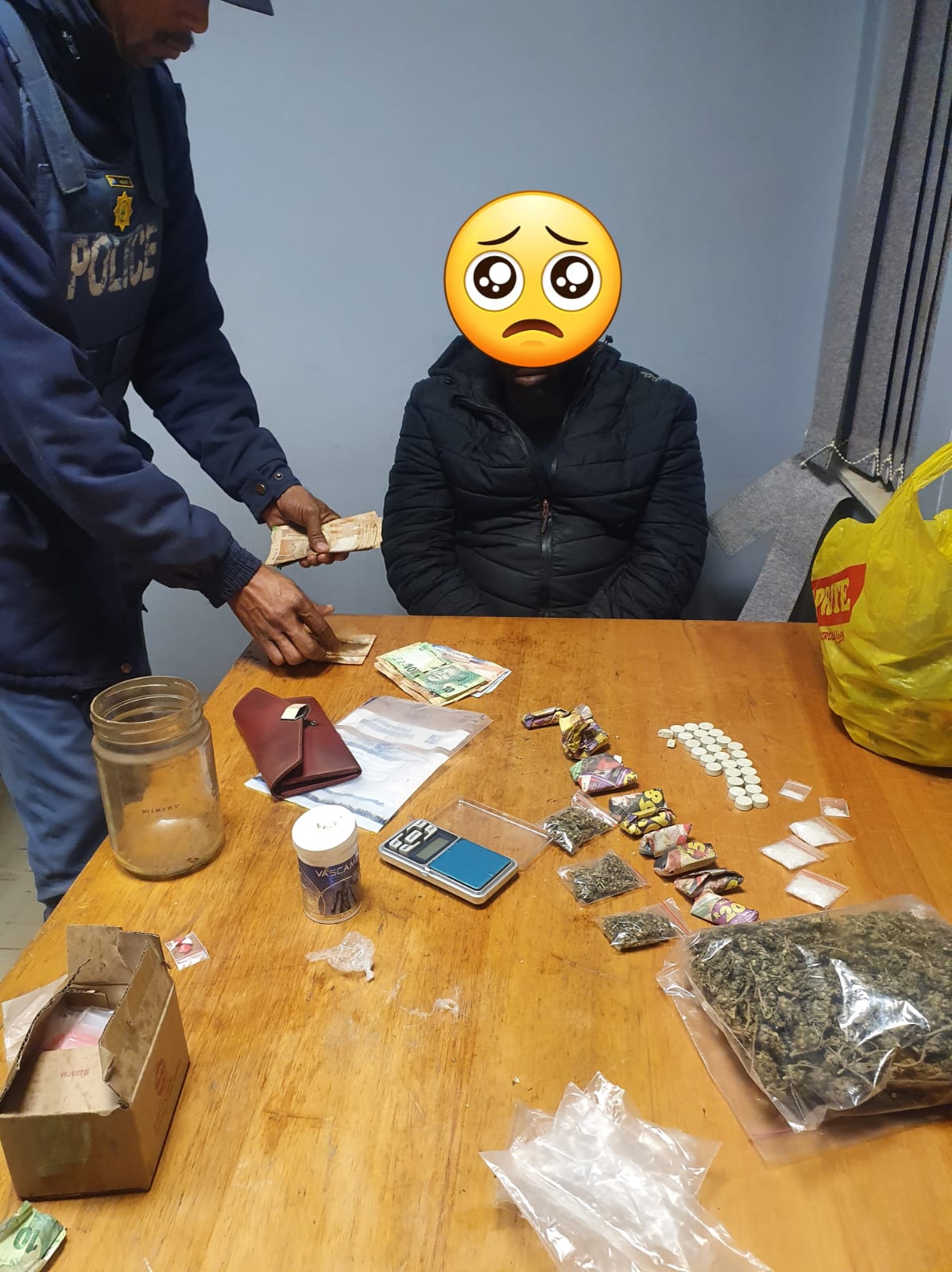 Police confront the suspect with his drug stash. Photo: supplied

A 35-year-old man was arrested and charged on the weekend for dealing in illicit drugs during an intelligence-driven operation by SAPS members from Joza and Grahamstown police stations. The operation formed part of the Provincial Commissioner’s Operation Sikhona.

On Saturday evening, 24 September, police from both police stations acted on information about the dealer but broadened their crackdown to other local crime hotspots. Liquor outlets were visited to ensure compliance with liquor trade regulations.

During the operation, police in possession of a search warrant searched a house in Joza Street, where they arrested a man and also seized the following illicit drugs:

The 35-year-old suspect faces charges of dealing in illicit drugs.

Provincial Commissioner, Lt Gen Nomthetheleli Mene, commended the police for the bust. “Drugs are destroying our youth, and we urge the communities to break the silence and report these drug dens operating in their neighbourhoods.

“Drugs are a major contributory factor in the commission of crimes. Desperate addicts will do anything to get a ‘fix’ and even resort to criminal activities such as robberies and housebreaking to feed their habit. The success of Operation Sikhona depends on police and, more importantly, community involvement,” Mene added.