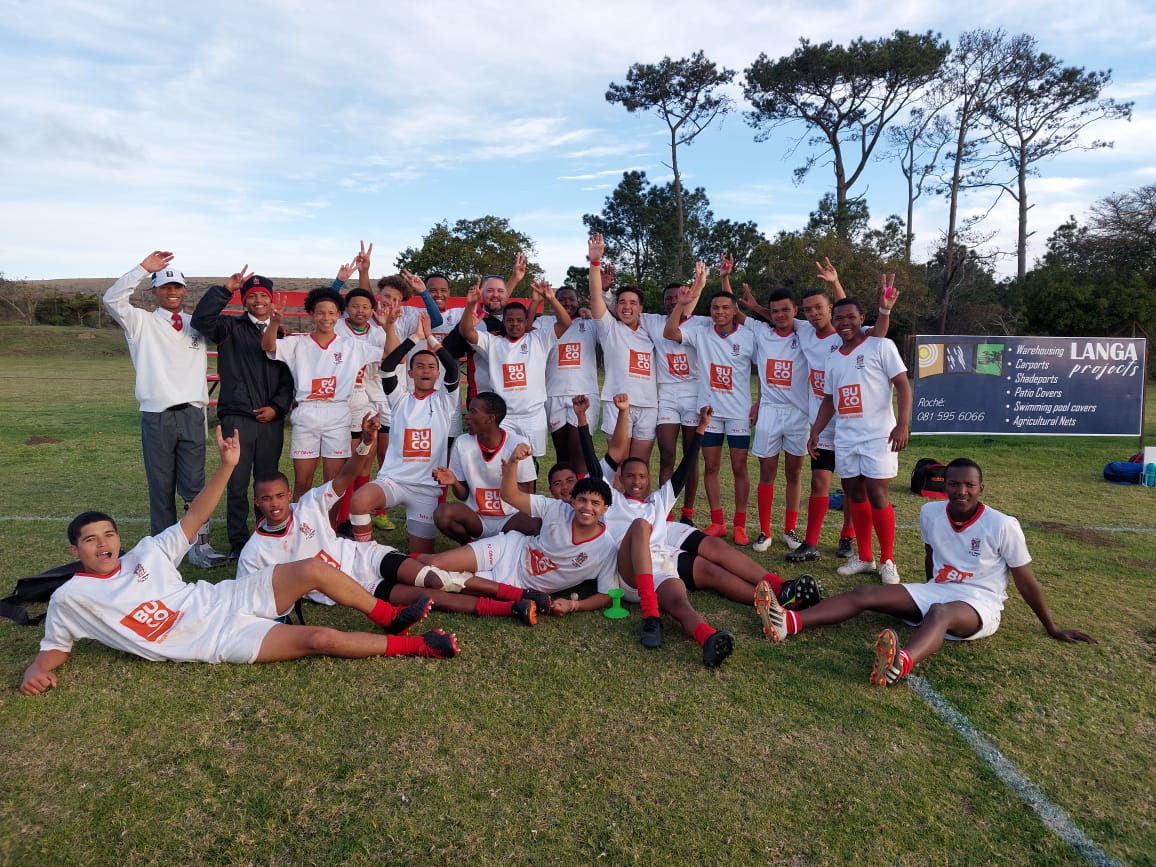 The game was contested at a very high intensity as the home side took the game to the visitors and made their intentions clear from the kickoff.

The home side drew first blood through a well-worked backline move converted try by speedy winger Junaiden Kadie in the left-hand corner to give PJ an early 7-0 lead. Graeme hit back with a try to narrow matters at 7-5 as PJ took the game to their opponents by running the ball and speeding up the game.

Winger Reece Bassadien scored the second try for PJ with an intercept to extend their lead. Graeme came back strongly as expected when they introduced a few 1st XV players who gave them much-needed momentum.

The home side’s third try came from constant pressure on the Graeme goal line that saw Fullback Yayen Sias neatly pick up the ball at the base of the ruck and run through to score. The game remained physical and competitive, with PJ dominating to earn them a narrow 21-20 win. Both teams needed to be congratulated for the spirit in which they contested the game and for their open and entertaining running game.

Junaiden Kadie was once again a constant headache for his opponents with his sheer pace and was voted the Grocott’s Mail Sport Man of the Match.

PJ will play their last fixture for the season this Saturday against Kirkwood in their Reunion Sports Weekend.