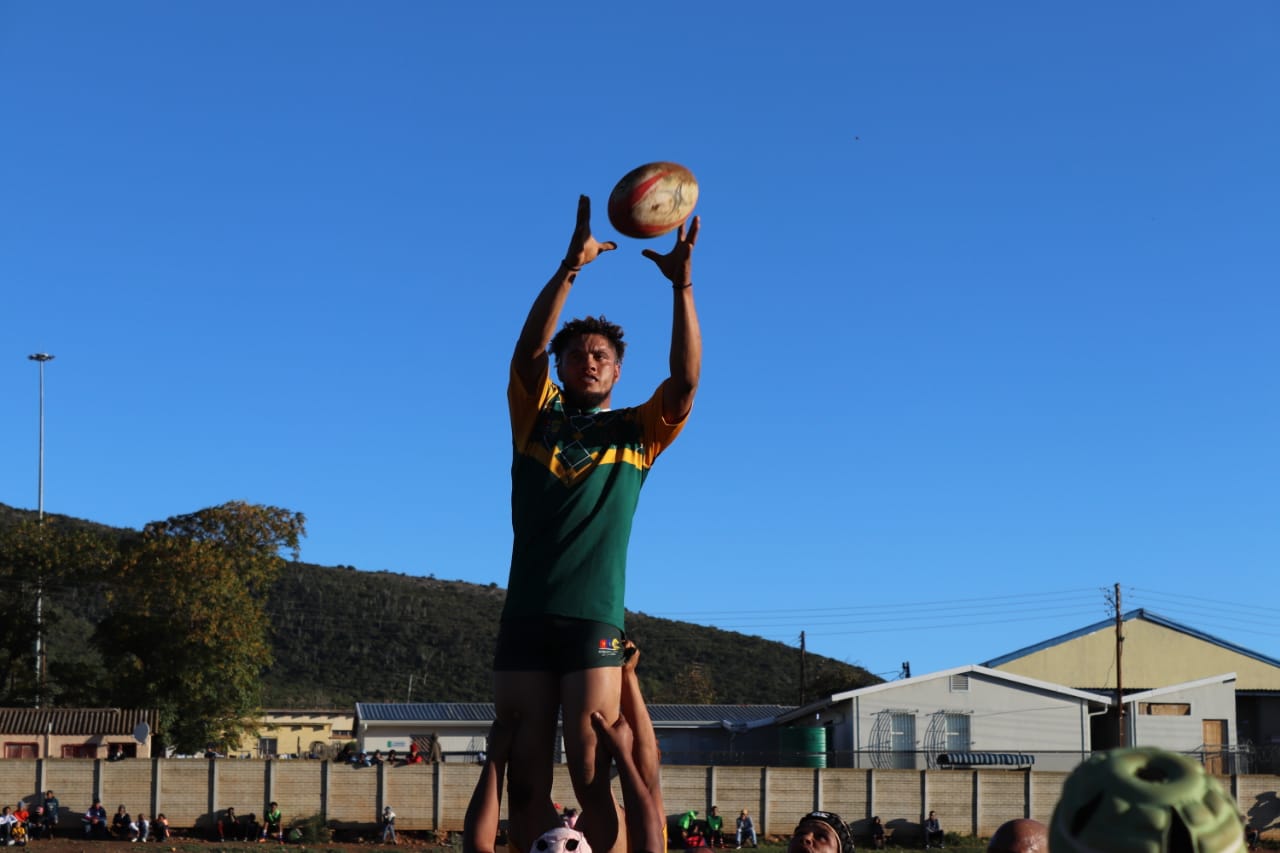 Man of the Match, Francois Gunn of Klipfontein United.

Flanker Francois Gunn put in a Man of the Match performance for Klipfontein United to help his side in a 22-3 bonus point win over Old Collegians on Saturday. The EPRU SEDRU Regional League second-round fixture was played in Klipfontein.

Klipfontein also beat OC in Grahamstown 20-17 in the first round on 23 April. United moved up to third position, replacing Kowie, who suffered a loss against Swallows on Saturday. OC remain in fifth position on the overall log.

The game was played in a good spirit and an extremely modest contest from both sides. United are a very difficult opponent at their home ground to beat, and Saturday was no different. They have not lost a game on their home ground this season.

The home side scored well-structured tries and played expensive running rugby, putting the visitors under pressure. Their attacking and speedy backs were impressive with ball in hand on attack and kept the ball away from the bigger forwards of OC. The visitors were on the back foot and couldn’t find their feet and momentum. This also saw OC making several mistakes in their quest to score. In the end, United achieved its objective by earning a comprehensive 22-3 bonus point win.

United head coach Nicklon Cannon said the game was played in a very good spirit and was proud of his team. “It was a very good game from both sides, and we were very good in the scrums and lineouts. We didn’t concede any penalties and also scored structured tries. We are now looking forward to hosting Rhodes at home on Saturday,” he said.

The Grocott’s Mail Sport/Daniels MEDIA Man of the Match went to United’s firey and explosive flanker, Francois Gunn. Gunn, as usual, was all over the park and a constant threat to his opponents. He was solid in the lineouts, outstanding at breakdowns and his attacking prowess was impressive.