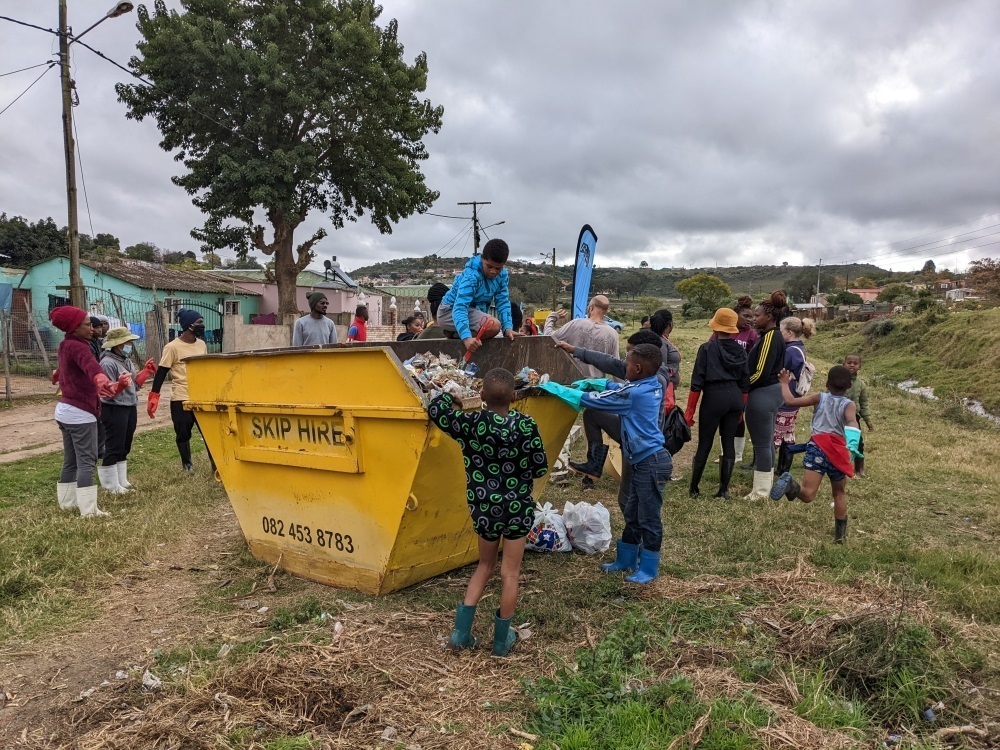 Makhanda’s stressed rivers and streams are being given a lifeline by a grant from the United Thank Offering, a ministry of the Episcopal Church of the United States.

The grant enables local non-profit organisations Awarenet and Inkululeko to support and strengthen the river cleaning operations of the Makhanda River Rescue group, which targets several waterways in the area.

Rivers and streams in Makhanda have been neglected for decades through pollution, drought, littering and mismanagement. River Rescue remediates this by involving local communities – particularly youth – in cleaning up these rivers one square meter at a time.

It is a time-consuming process which aims to ultimately create changes in how community members and other stakeholders treat and sustain rivers in their local environment. By demonstrating the visible positive changes in the rivers through the various clean-ups, the project seeks to make people believe in the future of their rivers – thereby making an effort to sustain and protect them.

Awarenet director Kjetil Torp said the grant has already made it possible to purchase equipment for the often messy work, such as gumboots, rakes, gloves and waders. It has also made it possible to involve groups of high school learners in the project – thereby contributing to rejuvenating the rivers and their rescue operations.

The United Thank Offering states in its motivation for supporting the Makhanda Rejuvenating Rivers and other environmental projects that “caring for God’s creation is one of humanity’s first tasks according to Genesis, and we have done a pretty poor job of it so far”.

The grant also received the blessing and support of the Right Reverend Ebenezer St Mark Ntlali – the bishop of the Anglican Diocese of Grahamstown. The Anglican Church of Southern Africa is a sister church of the Episcopal Church in the United States.

Previous ArticleGrocery list and delivery – check!
Next Article LETTER: Our children are dying to become men