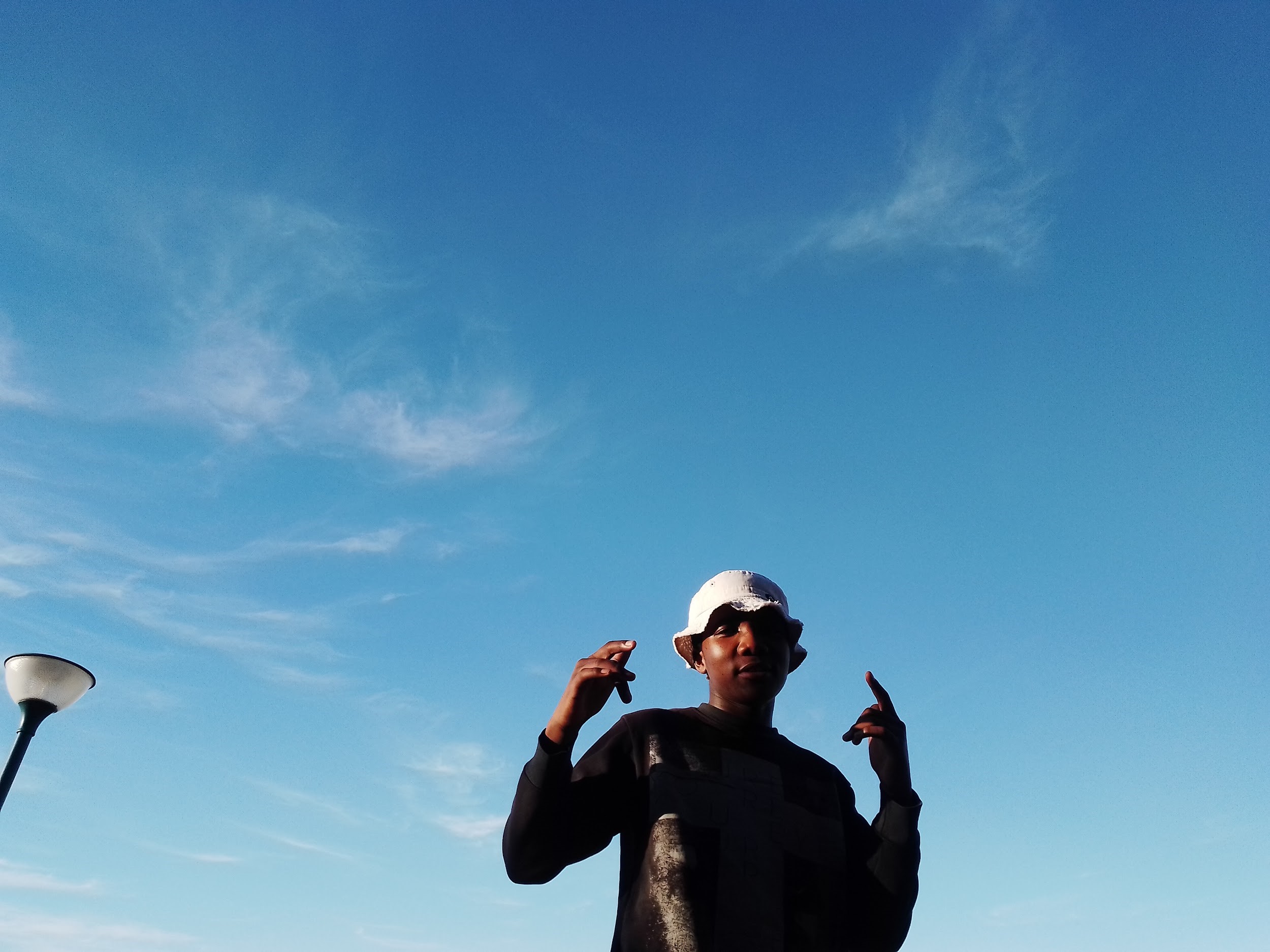 Each night Rhodes student Thato Tsheole repeats to himself, “there will be better days”. When his eyes close, his mind is wide awake, looking for a way in which he can change himself on his quest for an illustrious legacy. Tsheole is equipped with a creative mind and a hunger he feeds while on his grind. Originally from Orange Farm, this hustlepreneur now walks the streets of Makhanda, hoping to find skills to help him realise his destiny.

Tsheole is the first in his family in the hot pursuit of a degree and one of the few from his ghetto to be in such a position. This degree means a great deal to him as even he did not believe he would ever be a tertiary education student.

“Gaining acceptance at a university made me popular in my ghetto because there aren’t many doing this. And mfethu (my friend), it felt so impossible, but I was determined. I bought my Score energy drink, and I closed my mind from distractions because being poor can make you so negative,” he says.

This moment showed him anything is attainable and further cemented his hustlepreneur ideology. Tsheole has not received much in life, which disabled him from creating expectations. “The benefit of having no expectations,” he says, “is that you’re not always disappointed, and you begin competing with yourself – which I like because I’m on my own hustle, and you are on your own one too.”

Tsheole always felt displaced and confined to loneliness, but his mind knew his soul hungered for more. He quickly realised that no man is an island and, during his high school years, fell in love with music, the performance and the creation of it. “Music became my ticket, but to get this ticket, I needed equipment and to learn. So I got a smartphone and breathed music for months, but it was hard because of school, you know, the balance.” I observed him playing music for his res mates, and we were all blown away by the amount of quality we heard produced by less than ideal equipment. That is when he began “cultivating his market”.

Thato Tsheole is embodying a new definition of the term hustlepreneur. “Most hustlepreneurs are successful criminals because a hustlepreneur is someone who makes his own way. But for most, they do this via crime. I could have been like this, but God and I have a plan for my life uyangthola (you get me),” he declares.

He will not force or beg. Instead, he encourages people to “hustle together” because he believes in “innovation through collaboration”.