Meet us on the mountains 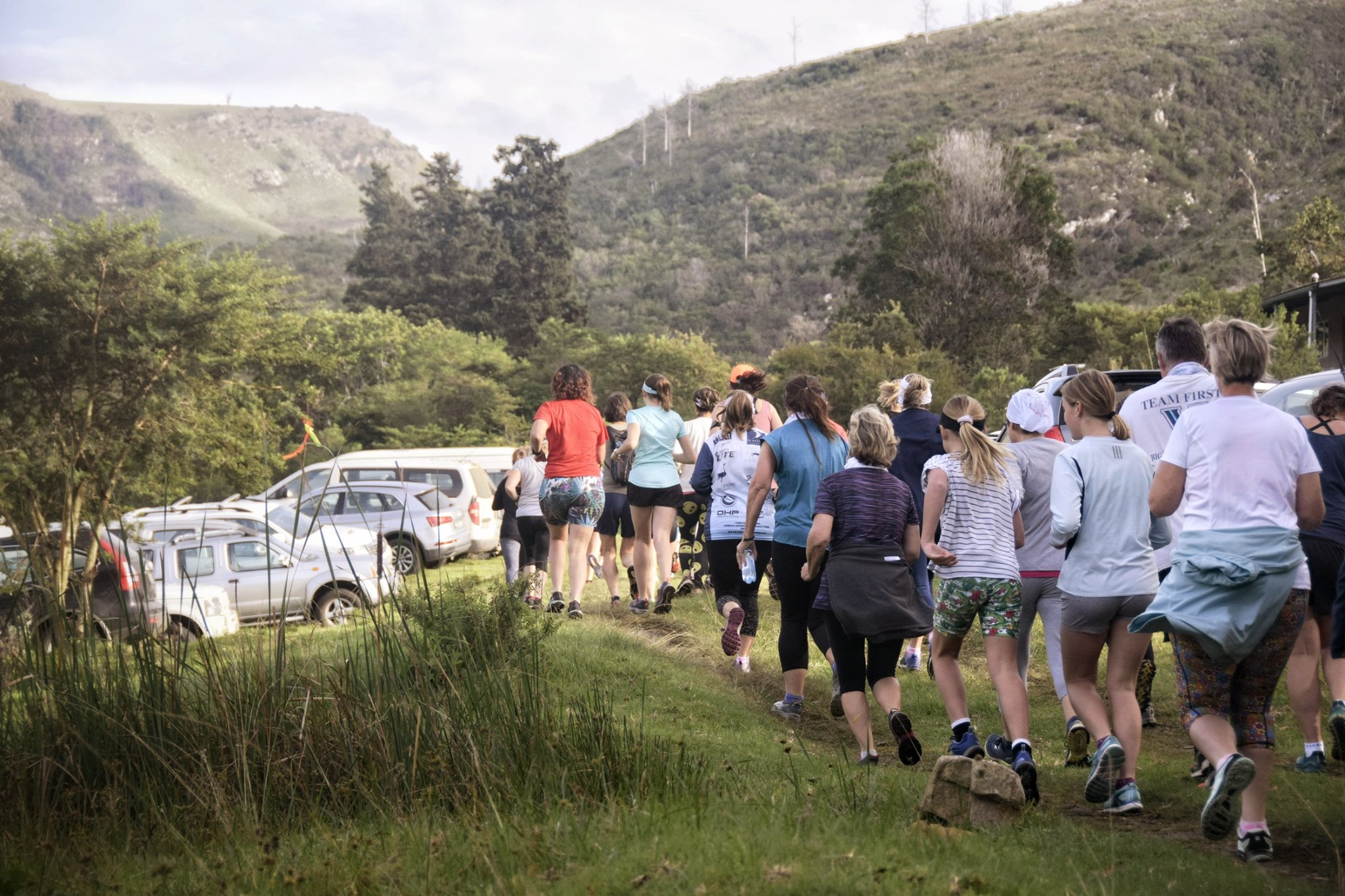 Runners stretch their legs at the start of a Get Out & Run race, set against the hillsides of the Makana region. Source: Supplied

To run, or not to run – that is the question: whether ’tis nobler in the mind to suffer the early morning chill and arrows of outrageous hamstrings or to take arms against a sea of runners and, by completing the race, triumphantly collapse. Local running trail series, Get Out & Run has, since 2018, urged local running enthusiasts and nervous novices to tackle the challenge of trail running.

When conducting a Google search of ‘trail running in SA’, one is presented with lists of the ‘best’ trails in the country. Most of these are listed in the Western Cape, including the famous Salomon Otter African Trail, The Oorlogskloof Nature Reserve, Lion’s Head Summit and Newlands Forest. Thus, it is easy to think of trekking far and wide for the ultimate trail whilst forgetting that we have equally beautiful trails just out our back door.

“So get off that couch and meet us on the mountains,” proclaims the race’s official Facebook page, which boasts nearly 800 followers.

Get Out & Run casually began in 2016 when local runner, Misty, raised funds to get to the Ultra Trail du Mont Blanc (UTMB) in the Alps, a race considered the most prestigious trail-running event for runners around the world. In 2018, the local event was formally listed as a race series to provide people with the opportunity to explore the Eastern Cape wilderness. “We just want to get people out and run to experience the amazing trails out there,” said race organiser and avid runner Kerry Currie.

Local trail troubadours may recognise many of the series’ renowned locations, including the Two River Trail, Craig Doone, and the most recent trail in the ‘Surf and Turf series’ that took place along the coast of the Rufanes River Farm in Port Alfred.

Currie said race organisers try to find trails or farms that people typically do not have easy access to. A range of distances is offered for a broad scope of runners; from three to 21 kilometres, no runner (or walker) is left unsatisfied! A fair warning is often given to the half-marathon runners pre-race to alert them to the extra two or three kilometres that are sneakily added to the mileage. As a casualty of this phenomenon, I still believe it is a beautiful and worthwhile trail series to test out! The majority of routes are well marked with frequent and well-equipped water stops.

Despite ever-altering Covid restrictions and hard-to-secure sponsorships, the trail series has survived and continues to grow steadily in support. “There has been small growth. I think that people are realising how important it is to get out and experience the area,” Currie said.

So, the question remains. To run, or not to run? Tickets are still open for the race this coming Sunday, 31 July, at Langley Park, approximately 30km from Makhanda. Rain and a cold front are predicted for this coming weekend. However, the ever-enthusiastic organisers encouraged athletes to bring a change of warm and dry clothes and promised hot beverages and a big fire at the finish.

“Just get out and run,” Currie said.

Previous ArticleSpeaking to us from the walls of our town
Next Article Can we trust our crime statistics?

Reviving the ability to grow good and healthy food