A woman in jazz 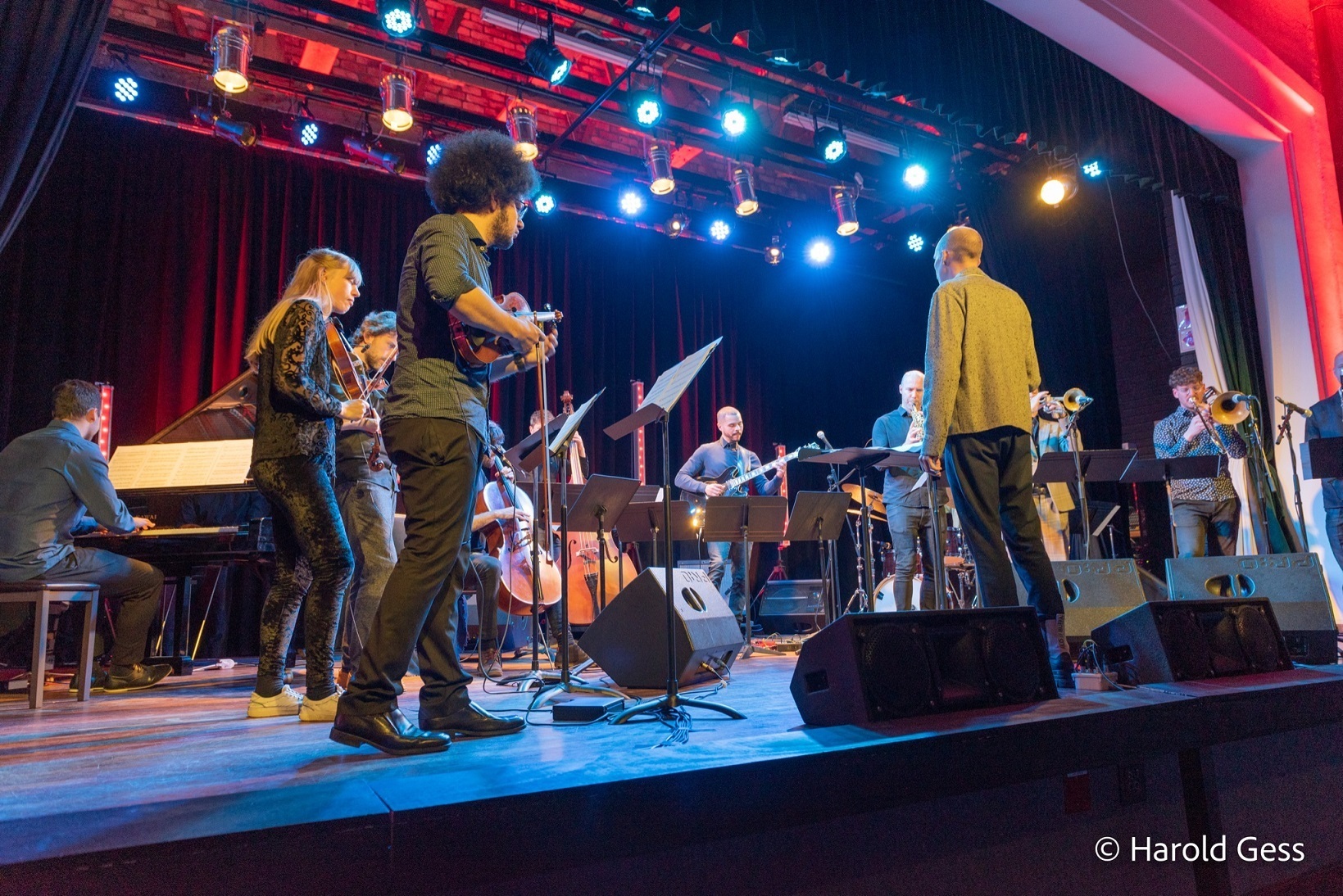 Yanna Pelser (second from left) shares the stage with an orchestra of 12 male jazz musicians at the NAF on 29 June, including 2022 Standard Bank Young Artist Award winner for jazz, guitarist and composer Vuma Levin (centre back). Photo: Harold Gess

Yanna Pelser is one of several female musicians who have defied the gender inequalities within the jazz industry and flourished in this male-dominated space.

Having played the viola in string ensembles since the age of five, she has transcended her classical upbringing, moving into the often uncharted territories demanded by jazz.

Pelser’s love for music stemmed from her family’s rich musical background. She had the opportunity to share the stage with her father, who plays the piano.

For the NAF, Pelser says she was privileged to board a 12-hour flight and share a stage at the National Jazz Festival’s with 12 men, including Standard Bank Young Artist award winner for jazz, Vuma Levin.

This came about after meeting Levin at the Conservatorium van Amsterdam, where she built a phenomenal working relationship with him and collaborated – often virtually – to prepare an astounding performance at this year’s festival.

“Yeah, it’s been a really, really great pleasure to work with her,” said Levin enthusiastically.

She says she enjoys working with the men. Still, there are times when she yearns for a fellow woman’s touch and has collaborated with the likes of Evelyn Glennie, a Scottish percussionist who has also made a big name for herself in this male-dominated realm.

She is, however, looking forward to introducing more women into the field

But Pelser believes in doing what you believe in and has not allowed male domination to discourage her from doing what she loves.

The gender disparity is rooted in male competitiveness and women tending to either choose more nurturing roles or have them foisted upon them, making the demands of touring more difficult, says National Jazz Festival manager Donne Roebert.

Pelser has no plans to stay home: “I want to tour the world with my music.” She is exploring her own projects, having composed the album Drops, with plans to continue in this vein.

She encourages upcoming musicians to stick to their craft. “Just do what you love; that is what will resonate with other people.”