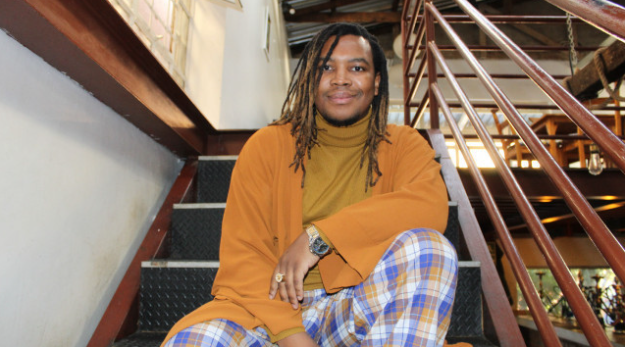 The lead guitarist is riffing, making those strings wail. But hang on, this is supposed to be slam poetry. What’s going on here?

Kaecy’s Autumn is a performance based on a poem by singer Kgothatso “KAECY” Sethole, in which he bares his soul, addressing his own experience of love and rejection, with the performance meant to “ignite the vulnerability of the audience”, according to the programme.

However, many who had shelled out for tickets were not ready to get vulnerable. They fled, leaving the National Arts Festival technicians to lead the scattering of applause between songs.

But the musicians were amazing, even the backup singer giving our main man a run for his money while Ceejay Mudau on drums and Sipho Mavhandu on lead guitar blew the cobwebs out of the room.

Sethole sang his heart out, but the monologues introducing each song bored us to tears.

The concept was all over the place with seemingly random tone changes, shifting from sombre to upbeat at the pluck of a string with lighting changes to boot. Impressive but confusing.

Things improved halfway through as his voice warmed up, and the lyrics started to gel with the music rather than him singing weird lyrics at odds with what the sterling musicians were putting out.

Overall, the performance swayed between R&B/soul and what I can only describe as Hillsong hymns cosplaying as jazz or pop: the kind of thing you might expect at an evangelical church trying to net the youth.