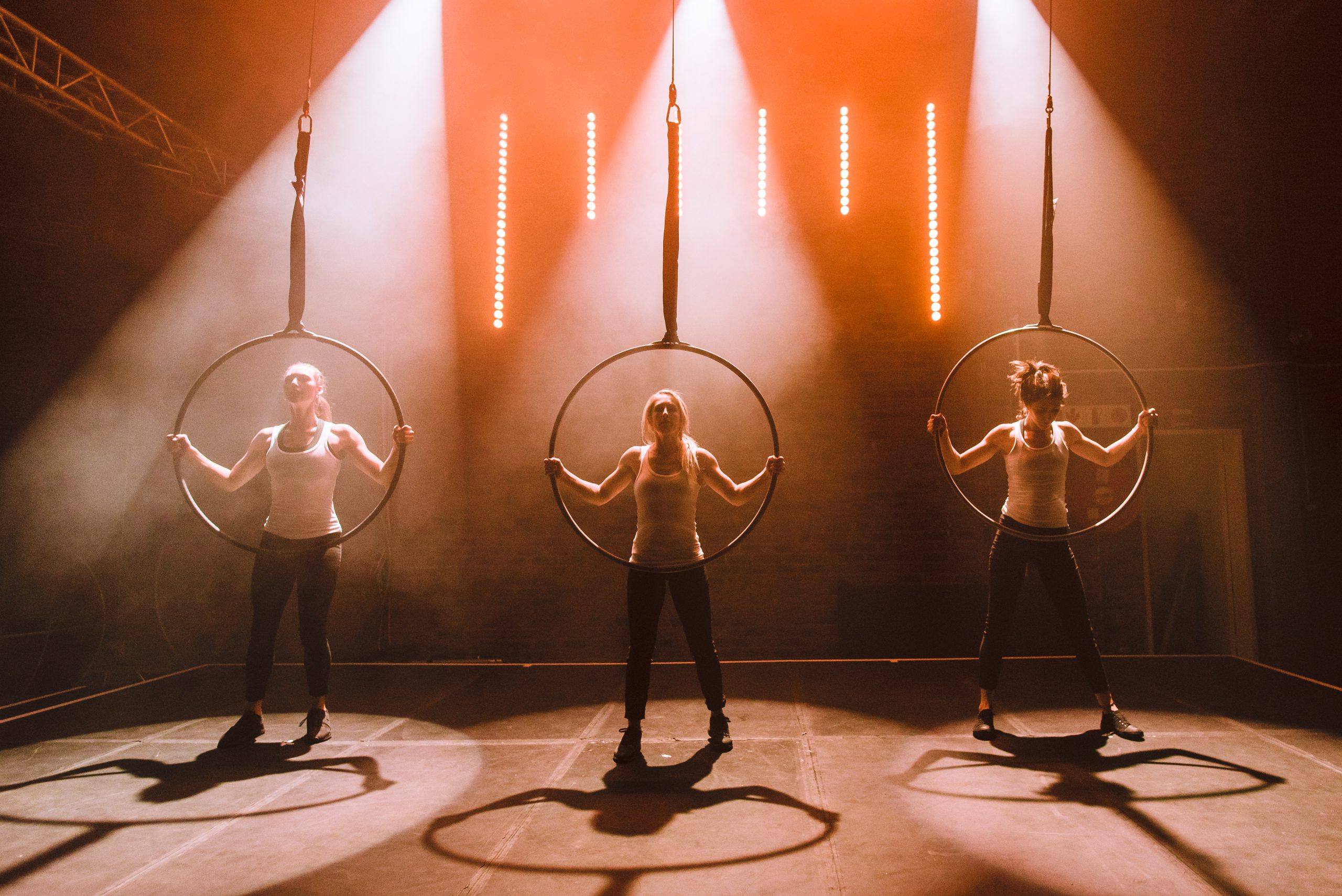 A love letter to the thrilling acrobatics of big city life. A rebellion against corporate culture. A circus without animal exploitation, just the feats of the human body. A nail-biting, wheel-spinning, fantastical escapade from small town to the city; this is Urban Circus.

As the Monument’s grand Guy Butler Auditorium hummed with a full house and Pharrell William’s catchy Freedom bounced through the opening act, performers from Jozi circus company, Cirk set up the energy to come.

Under the direction of Daniel Buckland, who toured with the famed Cirque de Soleil, this contemporary circus combines acrobatics, physical theatre, and dance, set to a bouncy pop soundtrack and wrapped in the demanding standards of theatrical performance.

The lighting equipment is put through its paces to set the various scenes, ranging from the romantic meeting of strangers on the Gautrain, a comically packed elevator, to the bustle of a construction site – with all the convenient props it allows.

Whether romantic or jaw-droppingly acrobatic, all acts are both dazzling and comedic. We collectively wonder how the hell the performers are able to do what they do. But it’s not all just physical showmanship. We are engaged with fleeting storylines and suspense: are the two lovers going to kiss? Is that drunk going to fall over or throw up?

Initially, while some of the acts are being set up, one may think: “I could do that.” However, these thoughts are quickly crushed by the superhuman feats of balance, strength, and flexibility. Exclamations of shock and wonder are consistently heard from the awed audience. In between somersaulting off each other’s bodies, the cast performs tricks using large hanging hoops and metal blocks, and in one dazzling performance, accomplishes a series of handstands on a tall stack of chairs.

The show’s cheerful take on the often-dull hum of the city, combined with seemingly superhuman feats, makes Urban Circus a wonderful spectacle.

If you feel a pang of sadness at the thought of the festival’s impending end, this show is sure to get your spirits up and send you home on a happy high.