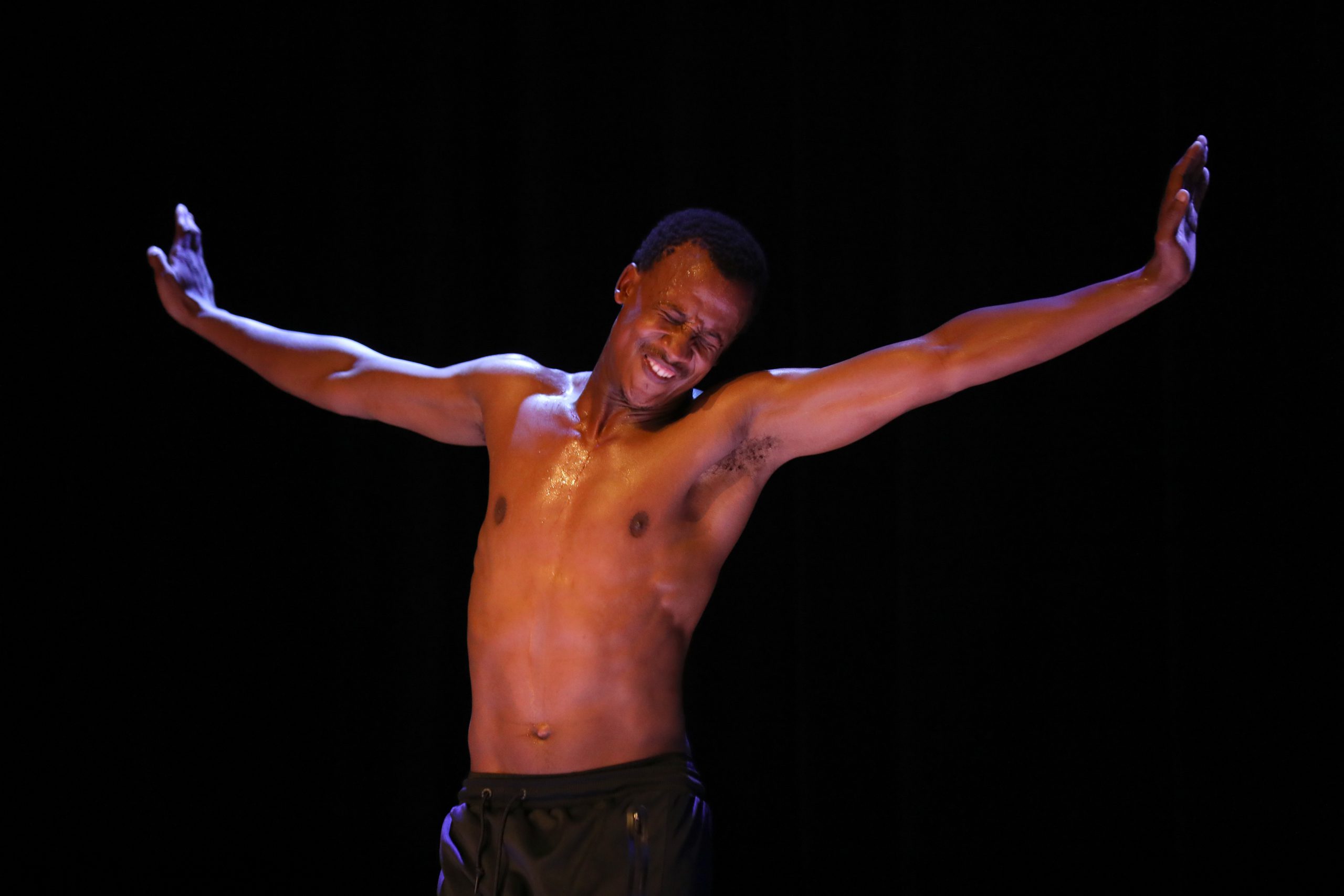 It’s one of the best one-person shows I’ve ever experienced.

Sikhuthali uses theatre to deal with grief. Sound heavy, yeah? Well, it isn’t as sad as it may sound. From the outset, Sikhuthali reassured us this would not be a painful experience.

Sikhuthali’s alter ego (his acting self) uses ‘Poor Theatre’, a term coined by Grotowski, a Polish theatre director and theorist. Poor Theatre uses minimal props and costumes and focuses on the physical skill of the performer.

Just three props were used in SwaRingana; a white table cloth, desk, and box. Yet, every scene was vividly clear. Sikhuthali’s demonstration of the essence of physical theatre, which is using your body to communicate, was beyond impressive. He used his physical skill to embody distinct and easily recognisable characters.

SwaRingana is not traditional theatre because Sikhuthali breaks the fourth wall by occasionally engaging with the audience. This gives space for the audience to have uniquely personal experiences, making the show even more memorable.

The chosen music and soundscape were used intentionally and helped enhance the mood of every scene. The Xhosa audience also appreciated how Sikhuthali started and ended his show by reciting his clan names – a way of showing pride and appreciation for the ancestors.

Pulling off a one-person show can be incredibly difficult, so the standing ovation he received after his performance was deserved.

You do not want to miss this.

Buy your tickets for SwaRingana online to watch one of the last two shows on the 27 and 28 of June.