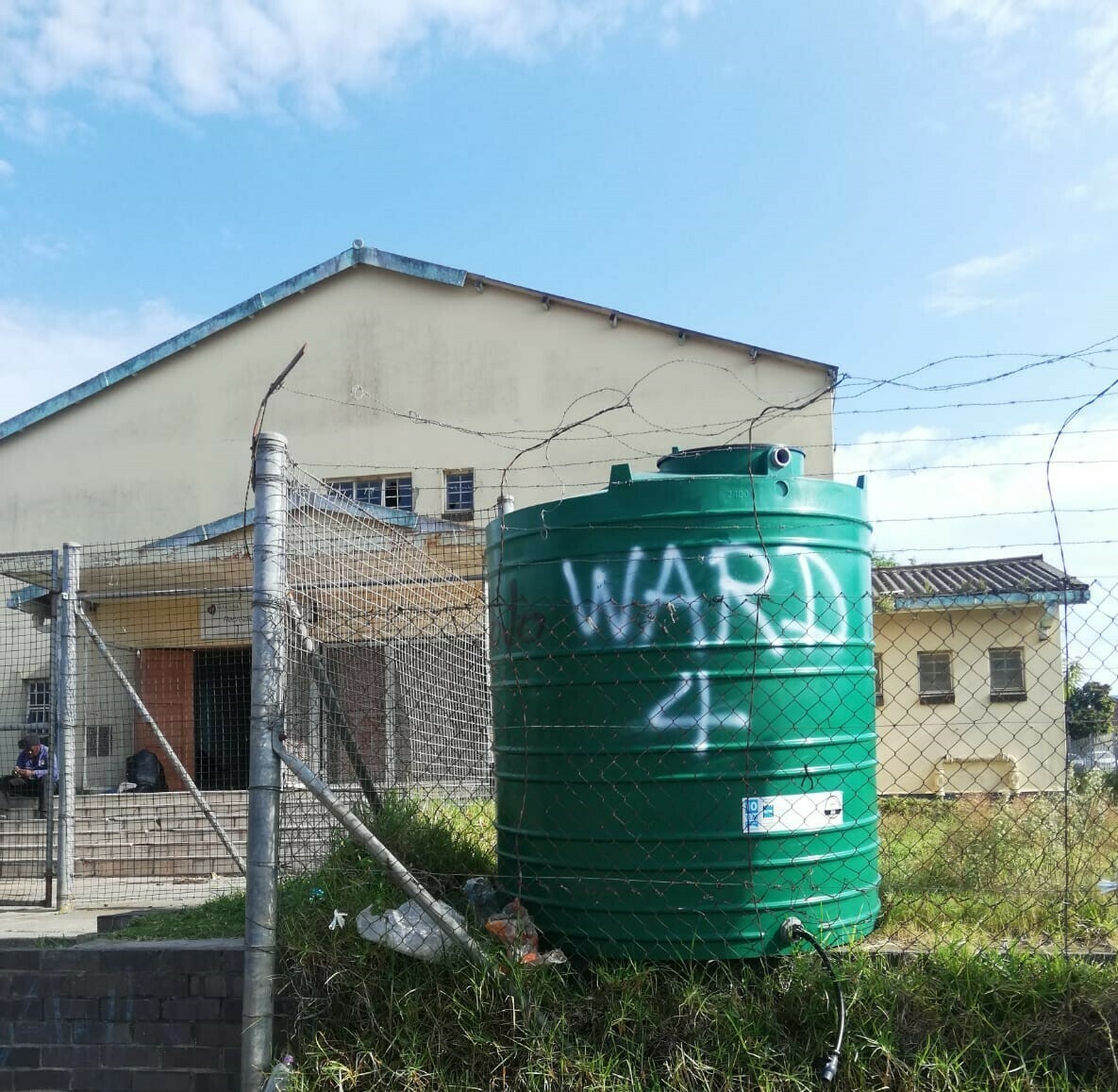 The community-sponsored emergency water tank set up at the Recreational Hall on Albany Street in Ward 4. Photo: Zimkita Linyana

The Scotts Farm area (including Wylde and Trotter streets and Ghost Town) has had to endure seven weeks without running water.

The root cause was a leak in the pipeline under a building on Wylde Street. It needed rerouting as the houses built on the street had been extended over the piping system and yarded off due to inadequate town planning.

The rerouting process took less than a week and yet has only this week been repaired, restoring the water to taps. Scotts Farm residents expressed their displeasure with the Ward 4 Service Delivery WhatsApp group. One resident said, “This is a result of incompetence and failure of service delivery. The community should come together and start educating themselves on what is owed to them.”

Some weeks ago, one Ward 4 suggested a fundraiser in response to the emergency in the local WhatsApp group, and the neighbourhood happily chipped in to buy a water tank.

Residents in the group were quick to point out that this was the Makana Municipality’s responsibility. But, the muni failed to provide community tanks during the seven-week ‘drought’. Instead, water trucks were brought in intermittently.

Active Scotts Farm resident Scheepo Scheepers noted: “Some pensioner will be short of a loaf of bread because he/she needs to pay someone to go fetch water from this tank”.

Another said it was “abundantly clear that we cannot rely on the municipality” and suggested a ward-based system to assist the neighbourhood.

Schools in the area have had to send children home as water tanks ran dry. The municipal water tanker was inconsistent – one resident said that “the tanker was not around for three days”.

Scheepers, a member of the local neighbourhood watch, said he was very grateful for the Ward  4 tank donation but felt that active citizenship and strong communal bonds were lacking in Scotts farm. “This tank represents the weakness of our community – we accepted this gesture of ‘goodwill and relief’ instead of petitioning together and making due demands to the municipality as a collective.”

He said the high number of inadequately educated people in the community is one of the reasons why people don’t feel empowered to “stand together and sign petitions demanding basic service delivery”.