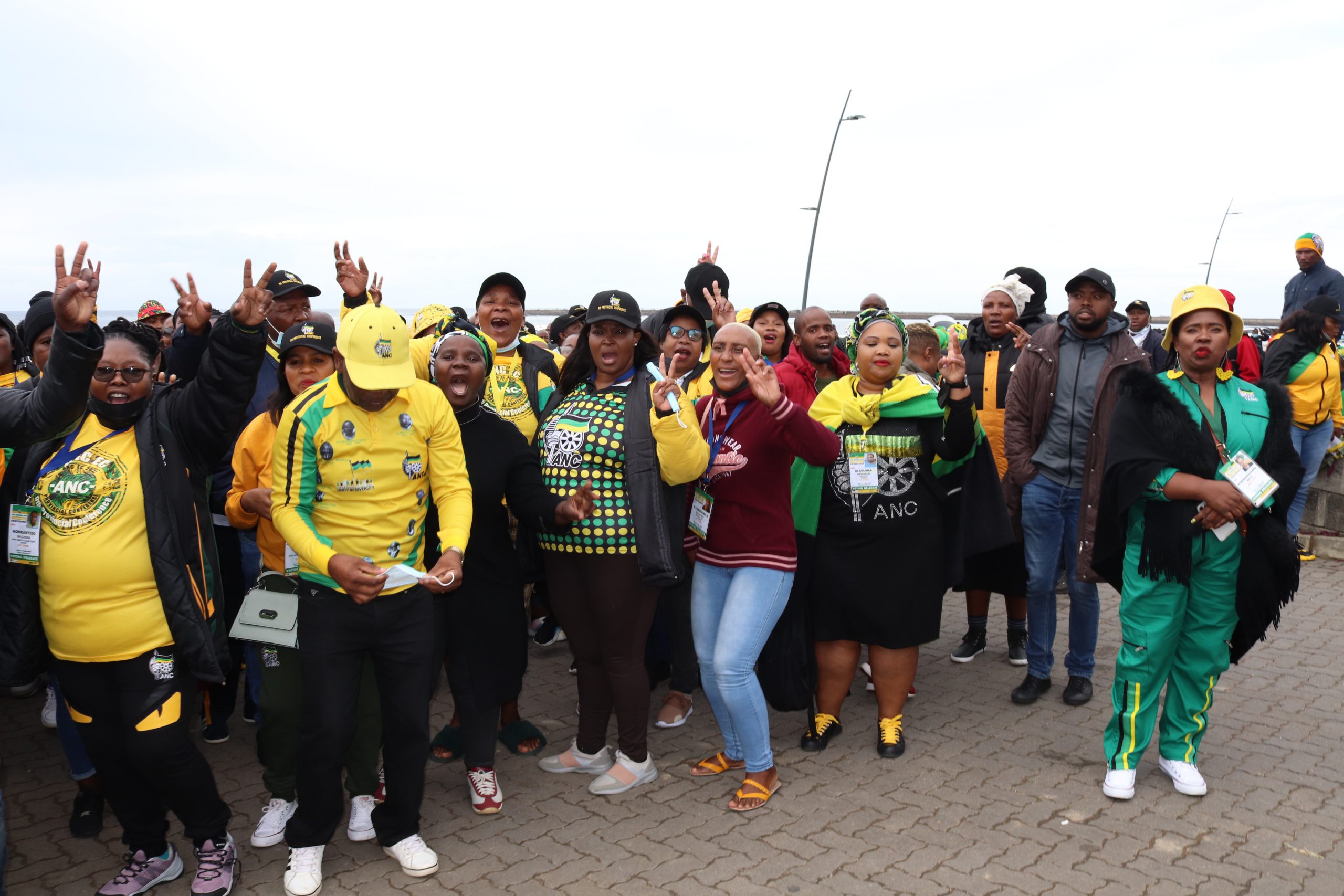 After two postponements and an extended run-time over the weekend, the ANC Provincial Conference ended in a narrow victory for Cyril Ramaphosa’s Eastern Cape ally, Oscar Mabuyane.

With 812 votes, Mabuyane held off a strong challenge from Babalo Madikizela, who polled 662 votes. Madikizela stepped down as Eastern Cape Public Works and Infrastructure MEC after his defeat to pursue his business interests.

It was a busy and often foul-tempered weekend.

My baptism of fire into provincial politics began before the conference on Thursday, 5 May, with an exclusive interview with the ANC Makana Branch chairperson, Mthuthuzeli Matyumza.

Matyumza said three strategies were critical to the provincial conference. “Firstly, the delegates elected must be able to go to the conference and select the leaders that can lead the province.”

Secondly, the delegates would assess the state of the organisation in the province, including its performance in the local government elections. And third, the ANC would develop a program for the leaders that will be elected, giving them a direction for the new term.

“It is not a private or silent norm of people going to conferences and giving preferences on who they believe is the right person for the job between Oscar Mabuyane and Babalo Madikizela.

“Our Makana sub-region discussed some policy issues which are part of the mandate.”

Matyumza said the ANC should walk away from the conference “victorious” regardless of who was chosen as the leader – “as long as that leader is action-oriented”.

Matyumza said he believed the ANC was still the leader of the society. Voters sent the ANC to get the job done efficiently and effectively, and “we are working towards that goal”.

A foul and agitated mood

Since Oscar Mabuyane declared his support for the return of Cyril Ramaphosa as president of the ANC at the party’s elective conference in December, a great deal was at stake at the Eastern Cape conference.

Delegates arrived at the ICC on Friday with cheerful smiles, but the mood soon became agitated and foul as delegates’ frustration and disappointment at times turned to anger.

One delegate told Grocott’s Mail he was not happy with how the conference was directed by the ANC National Executive Committee (NEC) members. Some threatened to “collapse the conference” following disputes over the authenticity of branch delegates’ credentials, including ‘ghost delegates’.

Before the EC conference started, delegates of the Dr WB Rubusana region brought an urgent court application to prevent branches from the region from participating in the conference, saying that the participation of the branches was “manipulated”.

At the conference, some branches and regions wanted the Dr WR Rubusana region removed from the meeting due to the court case.

When it finally got underway last weekend, some delegates were still worried that people outside the conference’s premises would have undue influence on the proceedings.

The ANC Provincial Task Team and the National Executive Committee members had a hectic weekend keeping the peace.

Minister of Small Business Development, Stella Ndabeni-Abrahams, said that she was impressed with the work of the Provincial Task Team: “People will see a new generation of leaders who want to see the ANC grow while creating unity and renewal of the organisation.”

I noticed small groups of delegates strategising, and the conference steering committee eventually asked for an emergency meeting to resolve problems.

Security was beefed-up. Police blocked the ICC entrance, which made some delegates uneasy.

Some feared they would see a repeat of the ‘2017 chairs throwdown’. Police had to intervene when ANC members and delegates attending the 2017 elective conference turned on each other, with fists and chairs flying across the venue.”

At one point, media were asked to move to a more prominent space. But, when the media refused, I thought that an all-out war was a genuine possibility.

Mabuyane retained his seat as provincial chairperson. And all his allies were elected, too:

And Zolile Williams was elected as provincial treasurer after being nominated at the last minute. Williams will have to resign as the Municipal Manager of Joe Gqabi Municipality to fulfil his duties.

Most members of the national cabinet were present at the conference, including President Cyril Ramaphosa, who raised Mabuyane’s hand in triumph at its conclusion. These results will help Ramaphosa in his huge quest of securing a second term as the ANC President, as the Eastern Cape is the second-largest voting block at the ANC national conference in December.

This conference is destined to have a significant impact on the National ANC election in December and the Sarah Baartman regional conference this coming weekend.

“Many branches nominated me within the region, including Makana,” he said.

He said that should he win this weekend as the chairperson of the Sarah Baartman, he would not leave his current position as the Speaker of the Makana Municipality unless the ANC deployment Task Team asked him to.

But, since Matyumza backed Madikizela’s bid, it remains to be seen if he will succeed in the sub-region

This was the first major conference I attended as a junior journalist, and I will never forget the emotions that I felt when I walked through the big fat entrance of the ICC while receiving my media pass. I could feel the electrifying yet nervous energy of the ANC members and the psychological games between two camps that were smiling on the outside but petrified with anticipation on the inside.

Once the conference began, I could feel the vibes changing inside and outside the building. ANC members were fearful of leaking information to the media, which might alter the delicate balance of the proceeding.

Loyal supporters of both Mabuyane and Madikizela sang outside all day and all night, showing the commitment, confidence and pride they had in their leaders.

Being in the same building with seasoned journalists such as Aviwe Mtila and Siphamandla Goge from Enca and Sipha Kema from Newsroom Afrika was such an honour for me.

Mtila told me how he became a journalist and the obstacles he had to overcome. He graciously advised me on ways I could improve my craft as a journalist and showed me the ropes at the conference.

I thank my brother Siniko Sinethemba Novukela and his wife Babalwa Tshangela-Novukela for welcoming me into their home and waking me up to ensure I was not late! And thanks to the Grocott’s Mail team for allowing me the opportunity to work at such a massive event.

Makana parks manager gunned down outside his home