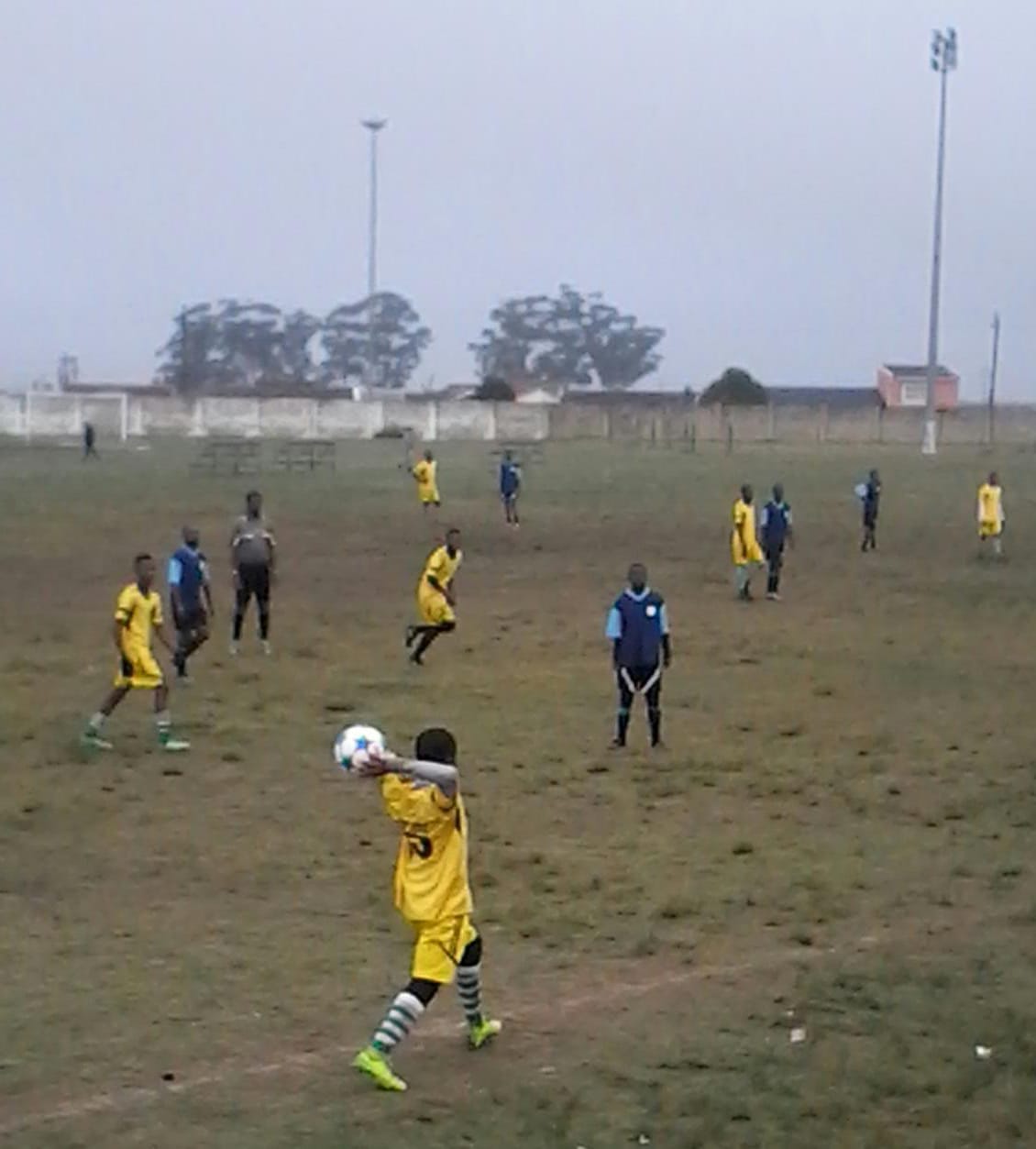 XI Attackers in navy against Eagles in yellow.

Old rivals and legendary clubs XI Attackers and City Pirates will square off in the most crucial game of the season.

Attackers won stream B by three points ahead of first division champions Lalibela Lions who had a great debut season. This past weekend, attackers collected maximum points as they beat Newseekers and 6Sai Army 3-1 and 4-1, respectively.

Pirates, on the other hand, edged Young Eagles by a single point to top stream A, and this comes after last weekend’s hard-fought draw against Young Eagles in a stream A decider. These results have set up a mouth-watering and highly anticipated clash between Makhanda’s top sides, played over two legs.

Makana LFA secretary and competitions officer Akona Heshu told Grocott’s Mail that the date would be announced in due course and that the winner would get promoted to the SAB regional league as part of the prize.

Football fans are in for a great treat as both of these teams are on form and are playing good attacking football.