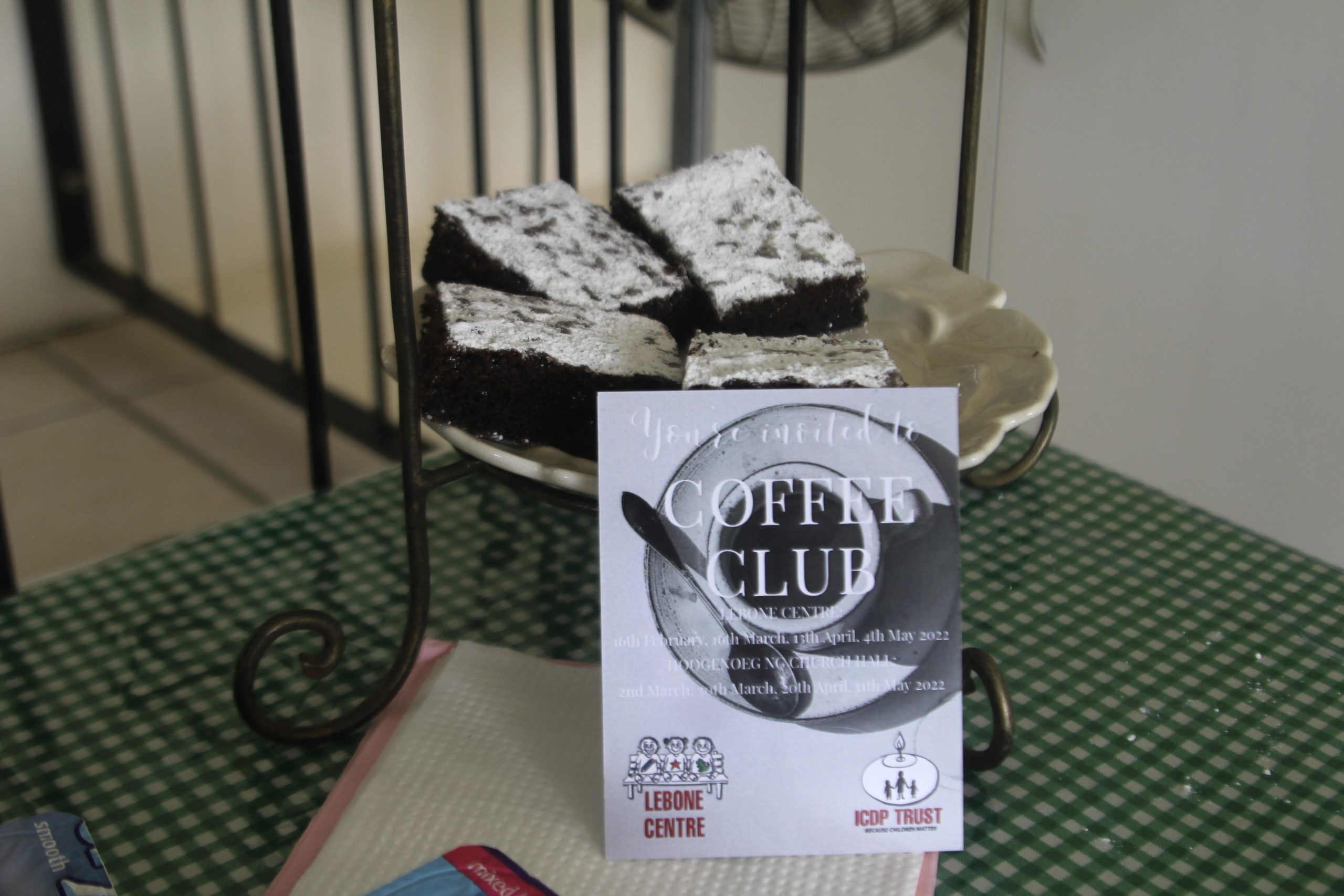 Moms gather regularly at the Lebone Centre over a cup of coffee and interact with each other about parenting while the little ones play.

The aptly-named Coffee Club for Moms and Young Children was recently started as a pilot project, following the Lebone Centre’s #EveryBabyMatters initiative.

Lebone Centre literacy coordinator Cathy Gush said the club was born when some of the #EveryBabyMatters participants expressed the need to have further interaction, learn more and get more stimulation for their children.

“We thought this would be a good way of getting them together, over a cup of coffee, to chat to each other and interact while the little ones play.”

During these groups, the moms have an opportunity to make toys from recycled materials. At the moment, they are making dolls.

In 2020, the Lebone Centre created the ‘Pipeline’ programme, which consists of multiple projects for each stage of development, from ages 0 to 9.

The #EveryBabyMatters initiative is the first stage, which focuses on the first 1000 days of development. The programme aims to educate and aid parents and caregivers in their children’s development. Lebone does this through awareness-raising at local clinics and a series of follow-up home visits that work with mothers and babies to strengthen early stimulation.

The First 1000 Days is a UNICEF concept that describes the critical window of opportunity for a child’s development. Children’s brains can form 1000 neural connections every second from birth to age three. This is a once-in-a-lifetime speed, and these connections form the building blocks of a child’s learning and development.

Charmaine Kawe, one of the programme participants, said, “#EveryBabyMatters was a great experience for me and my baby. Introducing her to books at an early age and getting her familiar with animals and colours is great because now she can start telling her own stories. She takes the book, looks at the picture, and tells her own story.”

She explained that the Coffee club allowed her to spend time with other moms and do activities that she otherwise doesn’t have time for.

“We’re hoping that this will spark more things to come and that these moms will form bonds and support groups for each other,” Gush said.