‘Kindness and encouragement mean the world to us’ 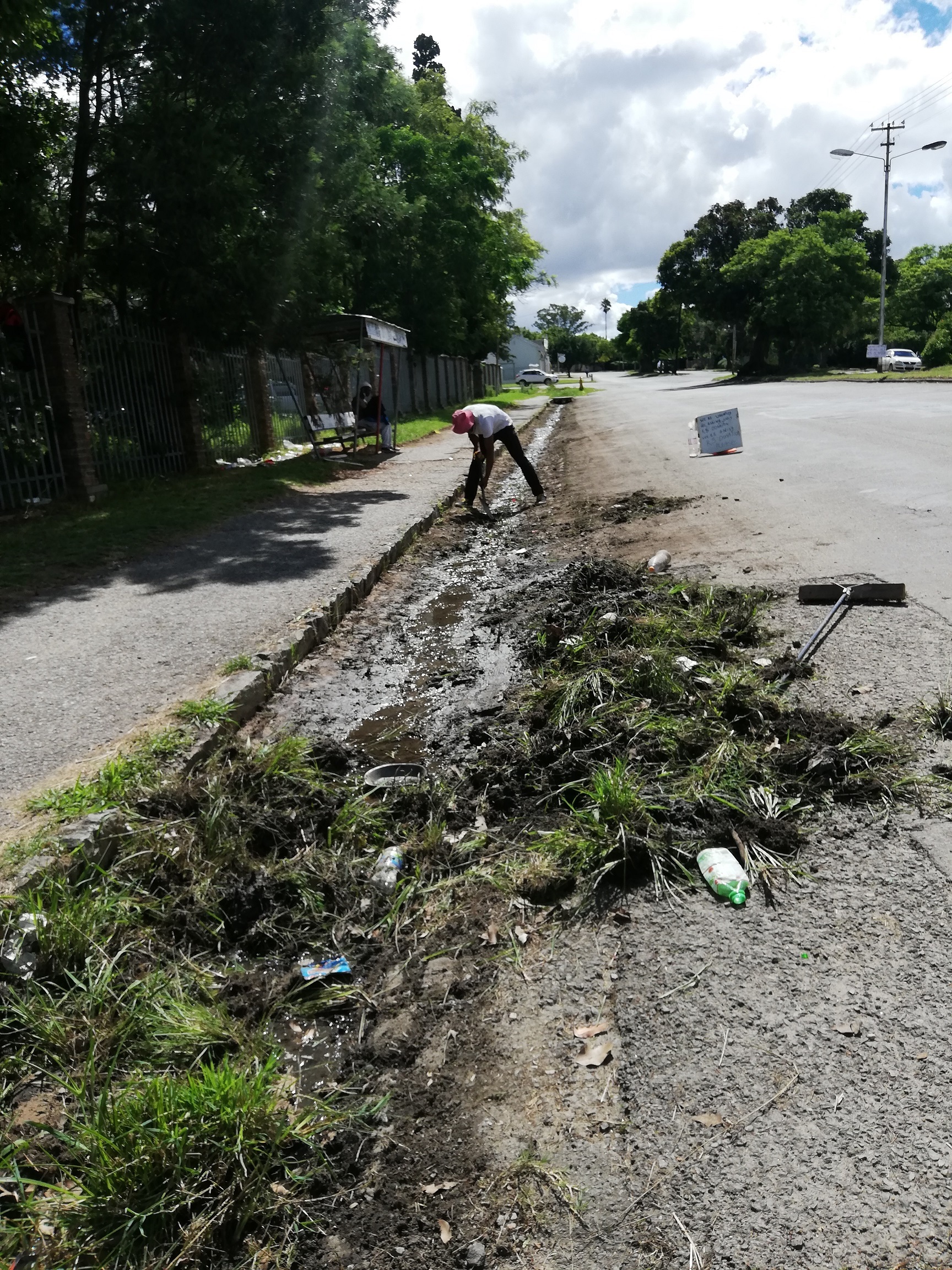 Nkosekhaya Booi, affectionately known as Lali, is the founder of the three-person workforce currently sprucing up the city’s unkempt streets, sidewalks and stormwater drains.

He says he feels “very seen” by the Makhandan community and appreciates the warmth and appreciation he has been getting.

Sometimes he has to hold back tears.

“It’s hard to believe that such kind words are said about me, almost unreal. I’ve only ever been labelled with bad words – even parents never want to see their child near me. I’m a write-off. The kindness and encouragement mean the world to me,” he said.

Thembelani Mnyani, Lukhanyo Grootboom, and Lali are best buddies and colleagues who live together in Phaphamani.

They spend their days spread out through the town, targeting streets that are choked by long grasses that have the potential to clog stormwater drains, especially following rains.

The three men are unemployed and clean up as an entrepreneurial hustle. They pour out their hearts to it in the hope of soliciting a donation.

Lali attended high school in Cape Town but dropped out after Grade 11 and came back home to Makhanda in the hope of finding a job. He says jobs are tough to come by and that those that do pop up usually require one to bribe someone for around R500 to secure one – the kind of money he’s never had. Ever.

Lali has been unemployed for 12 years. Life has been very tough for him, particularly because he has a little brother who is still in school and is dependent on him.

The need to make ends meet just for basic survival has made Lali notorious in his community. He ventured into criminality as a means to an end and has been in and out of trouble with the law for most of his adult life.

He is not proud of his past and is now a changed man. “Hunger makes you make decisions you are not proud of, like stealing from people,” he says.

In October 2021, he was the victim of mob justice in his community. “I was hit by community members, led by anti-crime, and was hospitalized for three days – I almost died.”

This last straw prompted him to think up this business idea. He decided to do manual labour as a community service to grow into a formal enterprise eventually.

His dream is to have a registered company specializing in street clean-ups and pothole fixing.

Lali began fixing potholes in Fitzroy Street and near Mary Waters High School. The support from people in that area encouraged him to take this work seriously.

He called in his friends, who are also unemployed, to join him. They as a team, mostly around town, as this is where they are most shown appreciation and support.

They are open and willing to do this work in all parts of Makhanda – and have attempted to do just that.

At the heart of their efforts is the desire to provide for their families, survive and grow as a business while contributing positively to the community.

Lali says that this journey is not without shortcomings. These include threats from municipal workers who say that Lali and his colleagues make the municipality look useless as it is its responsibility to maintain the roads, sidewalks and grounds.

This doesn’t dismay Lali and his team as they believe they are just rendering needed services but not being done.

Highlights include getting job offers from passers-by, but he has kindly had to decline as his entrepreneurial vision is to grow this venture into a company.

He would appreciate help in this regard from business-savvy locals. The most significant need is gardening tools – and more tools will mean more streets cleaned.