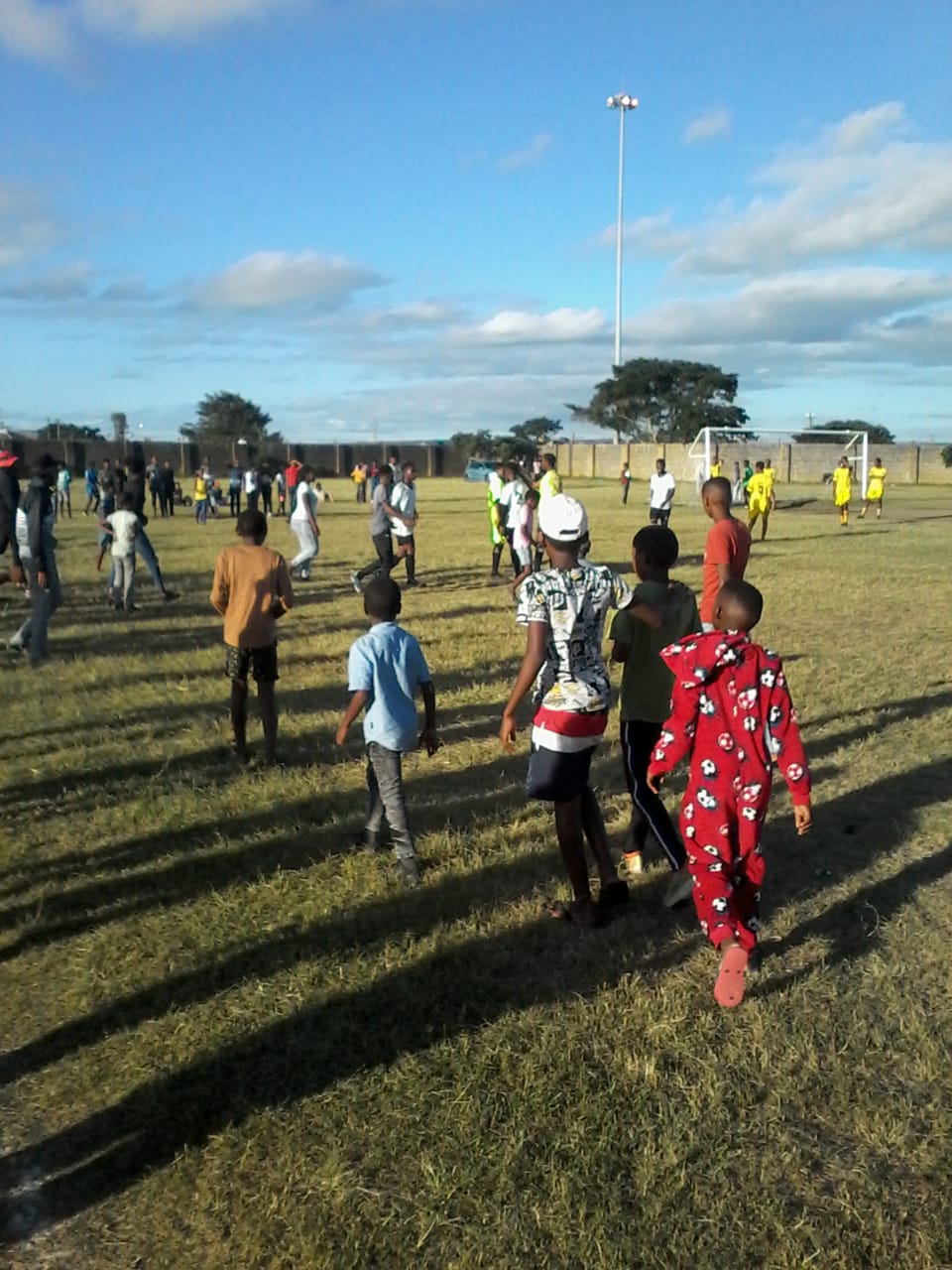 Spectators invade the pitch invasion during the clash between Pirates and Eagles.

On Saturday, football fans came in droves to witness a mouth-watering Makana LFA Premier League encounter between former SAB regional league side City Pirates, which has now been relegated to the local football scene, and U18 tournament champions Young Eagles.

The game started at a blistering pace but ended in acrimony and had to be abandoned.

Pirates had the better of the early exchanges and took full advantage of their dominance. Pirates took an early two-nil lead after two well-taken goals. Eagles pulled one back via the penalty spot.

Pirates’ young goalminder made a couple of breathtaking saves before finally succumbing to the Eagles’ pressure and conceding an equaliser.

Eagles took the game to Pirates and put them under enormous pressure. Pirates’ second-half substitute got his marching orders just five minutes after his introduction after violent conduct. As if that was not enough, the young Pirates shot-stopper was sent off after handling the ball just outside his goal area.

Both teams kept on arguing with the referee and challenged his decisions. The game proved to be too fast for the referee as he missed some of the game’s crucial moments, and he completely lacked confidence.

He failed to impose himself on the game to clearly show both teams that he was in charge, and the huge crowd that turned up for this game did not make it any easier for him. Things got out of hand when a section of dissatisfied fans invaded the pitch and confronted the man in the middle.

Pirates fans were not happy with how the referee handled the game and did not hide their emotions. The game had to stop for more than twenty minutes as there were too many people on the pitch and the referee decided to end the game as it was not safe for him to continue under those circumstances.

This incident raised a few questions. It would be interesting to find out how this referee was appointed and given permission to handle a game of that magnitude. It was easy for everyone to see that the poor man was overwhelmed. The referee in this game was not biased as he made some dubious decisions that affected both teams – he was just poor on the day.

Since the beginning of the season, the standard of refereeing has not matched the effort dished out by the teams on the field, and with the league race now reaching boiling point, it is going to be very important for the match officials to try and pull up their socks.