Salem are the new GCB champs 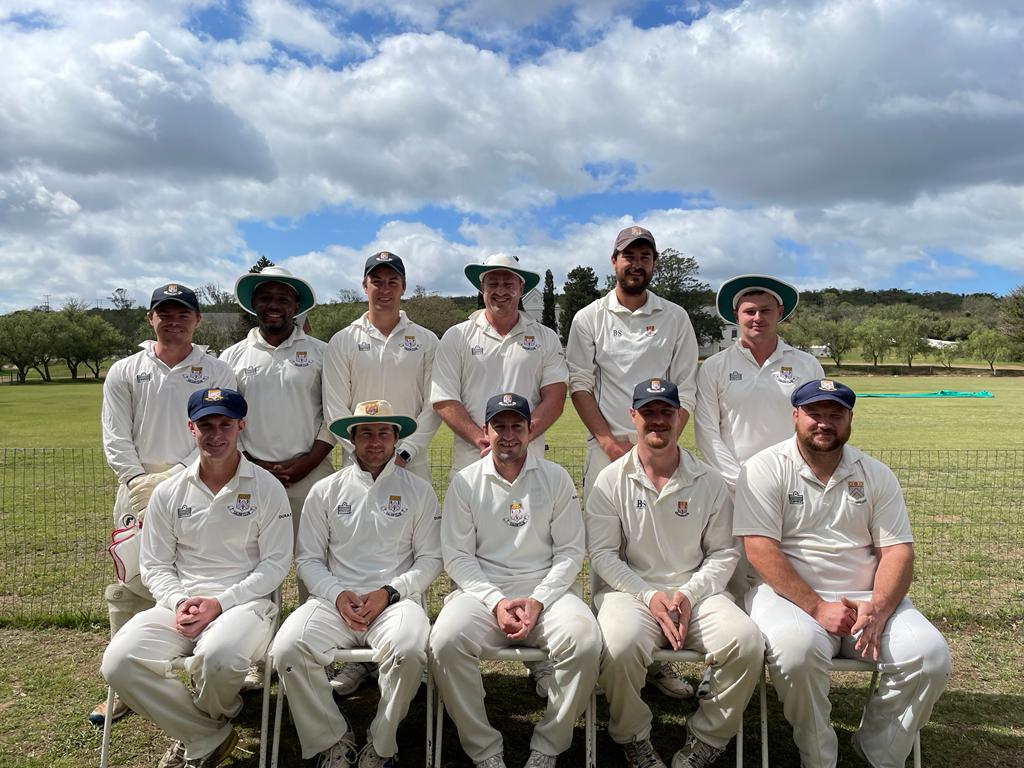 Salem, who were the log leaders for most of the season, needed to win with a bonus point against Rhodes and rely on Cuylerville, who was in second position, to lose their encounter against Southwell.

With two games in hand, Cuylerville were required to win both of their games with a bonus point and hope for Salem to lose one of its remaining two games. However, Salem did it in style with a fantastic bonus-point win, while Cuylerville lost to Southwell.

Competitors in the 2nd League were in a tough race with two rounds to go, as five teams stood a chance to win the league. However, Sidbury, who are currently the new log leaders, need to win their last remaining game with a bonus point to ensure they win the league.

Log leaders and visitors Salem went into Saturday’s encounter with one thing on their minds, and that is to win with a bonus point. They did so emphatically and were crowned league champions for the 2022 season, with one game to spare. The students batted first and were bowled out for 171 in 40 overs.

Salem’s bowlers were fired up and bowled exceptionally well to restrict the home side from achieving a big total. Bradley Van Heerden top score with a decent 58 while receiving good support with the bat from Brian Ngugi 48 and captain David Blenkinsop 36. Leard King 3/37 (10), Ivan Marais 3/45 (10) and Justin Dollery 3/11 (4), all bowled magnificently and were the main wicket-takers for Salem.

Salem came out to bat with a bonus-point win in mind; they needed to knock down the target within 37 overs. Openers Buster Brotherton (50) and Nick Zimmerman (87) were in devastating form with the bat and laid a perfect foundation for the win. They didn’t disappoint and batted positively and with aggression. Brad Wilmot also contributed with an unbeaten cameo of 22* as Salem hammered down the target in just 19 overs with two wickets down. Matt Micklejohn took 2/39 (5) for Rhodes.
Salem won by eight wickets and a bonus point.

In this much anticipated must-win clash, both teams were under pressure as a bonus point win was non-negotiable to stand a chance of winning the league. The home side went in favourites but was surprised and outplayed by a more determined Southwell side. Southwell batted first set up a massive 316/6 in their allotted 50 overs as they put severe pressure on Cuylerville to chase down. Anselem Castelyn was the star batsman for Southwell and was very destructive from the onset, and struck a superb century (113). Opener James Stirk was equally impressive and made a dazzling 87. Brandon Handley took 3/71 with his leg spinners for Cuylerville.

Cuylerville was immediately on the back foot in their approach when chasing down the mammoth target, resulting in losing crucial wickets. Opener Charlie Muir continued his good form with the bat and top score with a blistering 84, while Steven Gornall tried his utmost with an unbeaten 50*. Jesse Van Rensburg starred with the ball for Southwell taking 5/29 as Cuylerville were bowled out for 224 runs.
Southwell won by 82 runs and a bonus point.

The home side took full advantage of the home ground conditions and posted a huge 309 in 49 overs. Maritz top-scored with a fantastic 93, while captain Sean Biggs contributed a fine 56 and Wesson with 33. For the students, EP Rural bowler David Blenkisop bowled very well for his 4/38 while receiving excellent support from fellow EP spinner Bradley Van Heerden 3/50 and Devin 3/56.

Rhodes lost wickets at regular intervals as the home side’s bowlers piled the pressure. Only Adrian Wright stood firm for his good knock of 65 while wickets tumbled around him. Wells was the pick of the bowlers with 4/47, while Weeks 2/24 and Howarth 2/11 also bowled extremely well in support. Rhodes managed only 153 in 34 overs as Sidbury clinched a well-deserved 156-run bonus-point win.