Windows on the world: Makhanda and Syracuse meet through giant portals 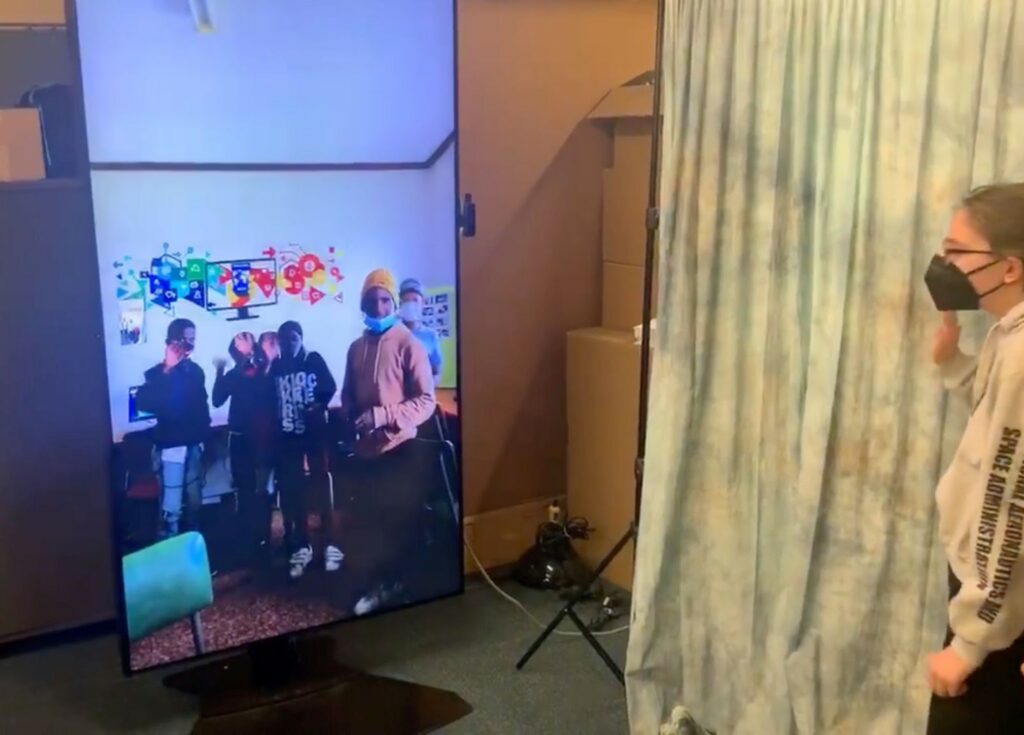 The Video Portal test between the Joza Youth Hub and the Institute of Technology at Syracuse Central (ITC) school in Syracuse, USA, in early January. The launch event is Thursday January 27 at 4.30 pm.

How can students experience the world in the middle of a pandemic?

With limited travel abilities over the past two years, Ken Harper, professor and director of the Newhouse Center for Global Engagement at Syracuse University, USA, and a team of teachers in Makhanda and Syracuse, hatched a plan to bring their students together: giant video portals.

“When students enter the portal, it’s as if they are standing directly across from another person, but that person is halfway around the world,” said Harper.

Two 82-inch screens have been erected at the Joza Youth Hub and the Rhodes University School of Journalism and Media Studies.

Two other screens and cameras are located in the Institute of Technology at Syracuse Central (ITC) high school and in the Newhouse School of Public Communications, one of the USA’s top-rated journalism and communications schools.

In real-time, students in Makhanda can chat with students in Syracuse, halfway around the world. Recently, a group of learners at the Joza Youth Hub tested out the portal and conversed with ITC media students during their school day. The conversation started with general questions about the time and weather, their programs, and the foods they enjoy. Later the students compared dance moves and hairstyles.

The official opening of the Joza to ITC video portal is on January 27 at 4.30 pm. The Rhodes/Newhouse portal will launch later in February.

The intent is to offer a life-size, alternative communication platform to further learning, research, and exchange in Makhanda and Syracuse, acting as an organic, informal window into another world. This initiative will be followed by a collaborative course and research project between Rhodes University and Syracuse University in 2023.

“We couldn’t have done this project without the support and cooperation of several funders and partners,” Harper said. “We appreciate the generosity of the Dorothy and Marshall M. Reisman Foundation, the John Ben Snow Foundation, Syracuse University Humanities Center, Hendricks Chapel and more.”