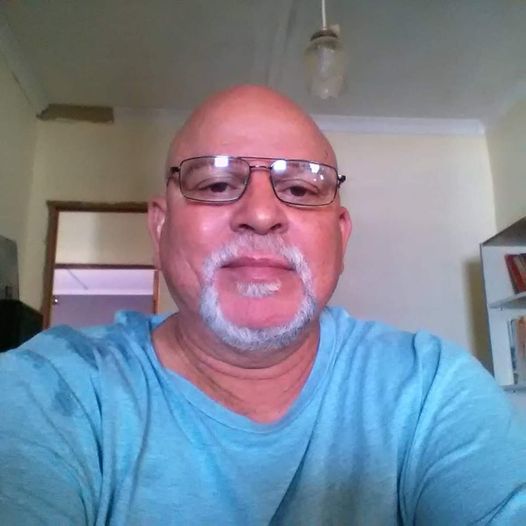 Harold Alan ‘Buck’ Jewell died peacefully on 13 January 2022 at his home in Alicedale, at the age of 63. He was surrounded and cared for by his beloved wife and children during his illness.

On Saturday, 22 January 2022, his funeral will be held at the St Mark’s Methodist Church in Alicedale at 11 am.

The Alicedale Community lost a pillar, leader, mentor, father and a true legend. When you hear or see the name Alicedale, his name quickly comes to mind – a household name in his small loving hometown.

Buck earned the respect of many who considered him a great friend, as he was well respected for his humble nature. He will be missed by the Alicedale community and the many people who knew him.

What a humble individual, a soft-spoken and true gentleman and a man with integrity. Someone who always had a shy smile on his face, always ready to lend a helping hand.

He was a problem-solver who often took on difficult and unwanted projects at work and around the house. He was a spiritual man and involved in many church activities, including Preacher at St Mark’s Methodist Church.
Jewell was a devoted father, leader, colleague, mentor and sports administrator.

Alan was born on 12 December 1958 in Alicedale and was the third eldest son of the late George and Sarah Jewell, whom he grew up in a strict Christian home. He started his Primary school career at George Jacques in Alicedale and matriculated at Gelvandale High in Port Elizabeth (Gheberha).

Since his early childhood, he was a natural leader, showing excellent leadership qualities and was always surrounded by friends. Alan lost the use of both his legs in a serious car accident in 1989 and was in a wheelchair for 33 years. He was fluent in Xhosa and very humble, never complaining.

Jewell did his second year Teaching Diploma at Dower College in PE, his third year Diploma at BOK in Cape Town and finally obtained his Higher Teaching Diploma at Roggebaai College, and BA Degree at UPE (NMU) whilst in his wheelchair. That clearly shows his remarkable determination, dedication and endurance despite his disability.

He started his teaching career at George Jacques Primary in 1980 before retiring in 2015 after 37 years of loyal and devoted service in the Education Department. Jewell was firmly committed to education and was considered a visionary leader who successfully steered the George Jacques Primary school through many challenges over the years.

Before the accident, he was a competitive rugby player for St Mark’s in his younger days. He was also a founding member and later Chairman of the Club for many years. He was a passionate sports administrator, and his love for sports, especially rugby, was unmatched. Jewell also wrote a poem which was later published in an anthology.

After his retirement, he married Ragel on 19 September 2017. He kept himself busy as a passionate community leader – everyone knew they could come to him for assistance in filling in forms, writing letters and giving profound advice and guidance. He was very committed to assisting the community in finding work, especially in his home town where the unemployment rate is very high.

Alan was committed to family and always attended family gatherings and occasions, where he was always required to deliver speeches and act as an MC. His brothers, sisters, wife and kids were his favourites, and he loved them unconditionally. He also retained his friendship ties with his school, college and varsity friends and were always in touch with them.

He was also a full member of the St Mark’s Methodist Church in Alicedale and was ordained as a full Preacher last year, where he later also conducted his last and only sermon before he got sick.

There was an outpouring of grief from friends and family on Facebook, with posts speaking of “kindness, gentle manner, gentle soul, mentor, leader, legend, stalwart, father..”

“You can look back and be proud of all the meaning you lived and gave on. You left the world a better place for you having passed through it,” a friend posted.

Ethan “Chappy” Heunis, a close friend, described Jewell as a true fighter and is very saddened by the passing of Buck. “His death touched me immensely because we were together since 1978, a feeling I can’t describe. Myself, Buck and Mr Potberg, did the Correspondence and Degree Courses together. We were very close as colleagues, members of the rugby club, friends and as church members and leaders.”

His legacy will live on in the hearts and minds of everyone he interacted with and those he reached but never met.