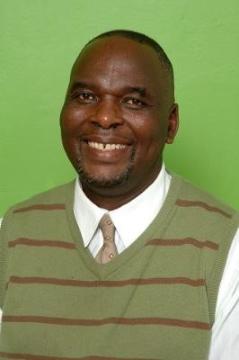 In his recent inaugural lecture as Professor of Science Education at Rhodes University, Prof Kenneth Mlungisi Ngcoza, preferably addressed by his clan name Mthembu, made explicit that poverty should not only be understood in terms of economic means but also as the absence of education.

Mthembu’s lecture, ‘From Poverty to University: Journeys, Challenges and Opportunities’, contained stories about offering ‘hands-up’ and ‘second chances’ in education.

Despite the event taking place in an auditorium and digitally on Zoom, Mthembu conveyed his stories in the spirit of traditional Ubuntu storytelling, where people would gather around a fire, listening to, and learning from, shared stories, while everyone was getting an equal share of heat from the fire.

His stories concerned his biography as a Makhanda township boy, growing up as the son of a railway labourer and a domestic worker, who would pay her son’s school books and school fees from her limited wages. For this boy, Rhodes University was a physically close but unreachable promised land that he would not enter until many decades later.

Mthembu’s stories also covered the many Makhanda township learners and in-service teachers who – like himself – benefitted from hands-up and second chances of the various community outreach programmes, like Gadra Education, that help them to fight educational poverty and enter the academic programmes at Rhodes.

Mthembu called his inaugural lecture a milestone in his life. The lecture was, however, also a decolonial milestone. Not only did another black professor claim his space in the same former white university that once rejected him as a student (though Mthembu made a point that it was Apartheid, not the university which rejected him), but the lecture also contained many elements that are still unusual in academic settings.

As mentioned, the lecture was framed as Ubuntu storytelling. It was held in the presence of the spirits of passed away relatives, especially Mthembu’s abovementioned parents. It contained isiXhosa proverbs, the use of clan names, poems – and it was regularly interrupted by Mthembu bursting out into song both to celebrate the joyous occasion and because songs were part of his stories. Moreover, the lecture added to the uncountable number of testimonials about how South African education (during Apartheid and after that) was not connected to black students’ lived realities. None of the teachings Mthembu would learn from his mother while collecting firewood or the making of Umqombothi was ever relevant in school. Neither could he ever apply anything he learnt in maths and science class at home – despite his excellent grades.

Mthembu’s lecture was a tribute to indigenous ways of knowing and bore witness to Mthembu’s and his PhD students’ pioneering work of bridging the distance between township communities and campus and bringing these ways of knowing into everyday academic teaching and learning.

This is not, as some fear, a threat to science and scientific rigour. It is not a move towards throwing out the so-called Western knowledge and “taking over”. Instead, it is a chance to complement, complete, enrich and constructively challenge dominating Western knowledge archives and unsettle existing hierarchies between knowledge systems.

According to many, both environmental scientists and philosophers, solving our planet’s virulent ecological crises requires precisely that: drawing on more than one knowledge archive. Ubuntu, as a notion of togetherness that, according to Mthembu, is not reserved for specific skin colour, can facilitate such togetherness of knowledge systems in the academic space.

The project of decolonising academia holds many unanswered questions. Seeing Mthembu wearing the traditional academic garment directly inherited from the British academic tradition upon which Rhodes University was built triggered one of these questions: Is this red robe a symbol of colonial culture, and does wearing it mean submitting to this culture and everything it implies? Or is claiming the robe and chanting in isiXhosa while wearing it a decolonial act?

Whatever the answer to this question might be, one thing is sure: Cecil Rhodes would not have liked the sight. Mthembu’s inaugural lecture was a bad moment for Cecil Rhodes’s colonial project. But it was a proud moment for the university that still bears his name.

Maren Seehawer is an Associate Professor of International Education and Development at the MF Norwegian School of Theology.