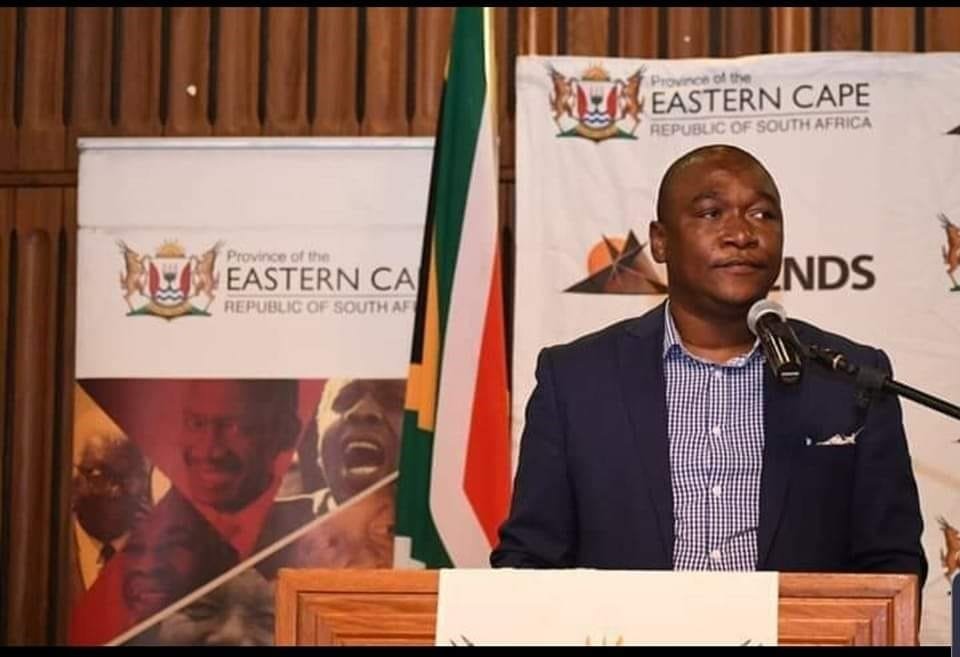 According to the SBDM Municipal Manager Ted Pillay, Njadayi’s death followed the first council meeting. “It is with profound sadness and shock that we inform you of the sudden passing of the Cllr Mzimkhulu (Scara) Njadayi.”

“On behalf of the Sarah Baartman District Municipality, we send our condolences to the Njadayi family, his colleagues in the African National Congress (ANC) and all political leaders across the length and breadth of this country.”

Further details will be released after consultation with the family.

On behalf of the Democratic Alliance (DA), caucus leader Alderlady Karen Smith extended “heartfelt condolences to the colleagues, friends and family of Executive Mayor Njadayi on his untimely passing”.

“While we might have come from different parties we agreed on the need to better the lives of our communities. Our district and Province has lost a giant, and we are the poorer for it,” she said.

The South African Local Government Association (SALGA) responded with “sadness and shock” at the sudden passing of Njadayi.

Njadayi served as a member of SALGA Provincial Executive Committee (PEC), responsible for the Economic Empowerment and Job Creation Working Group where major municipal economic growth initiatives were decided upon and endorsed.

“The late Cllr Njadayi took this task with zeal and with an enormous amount of enthusiasm. The entire Sarah Baartman region, in particular, the Sunday’s River Valley Local Municipality serves as a testament that Cllr Njadayi was all about making a meaningful impact on the communities he served,” the SALGA statement said.

“Njadayi was indeed a man of few words, but his strategic inputs during PEC meetings were precise and superb. In this regard, the Provincial Chairperson of SALGA, Cllr Mxolisi Koyo would like on behalf of the PEC and the entire SALGA family extend sincere and deepest condolences to his family, friends, and colleagues.”

During his acceptance speech at the 2021 Inaugural Council meeting held in Addo on 25 November, Executive Mayor Njadayi encouraged all local Municipality Councils to pass a resolution for their municipalities to apply for housing developer status. The newly-inaugurated Sarah Baartman District Council (SBDC). Executive Mayor Mzimkhulu ‘Scara’ Njadayi died after chairing a meeting of the SBDC on Wednesday 1 December. In this photo, he is seated in the middle of the front row. He said that this would ensure that municipalities can provide housing to their communities.

He was elected with 16 votes against Councillor Karen Smith of the Democratic Alliance, who received 14 votes.

Economic growth through a focus on economic infrastructure was the second priority. Njadayi stated that SBDM would intensify its lobbying efforts and push for a major rebuild or upgrade routes.

Another vital priority mentioned during the acceptance speech was services to communities; this included focusing on water provision and availability, sanitation; bulk infrastructure development; small-town revitalization and upgrading informal settlements. He also indicated that he would focus on the relocation of the SBDM offices to Addo.

Njadayi was previously the Speaker of Council in Sarah Baartman District Municipality. At the inaugural meeting on 25 November, he thanked all Councillors for how they have worked together for the development of the district.