What was behind the (very) low youth turnout in Ward 12? 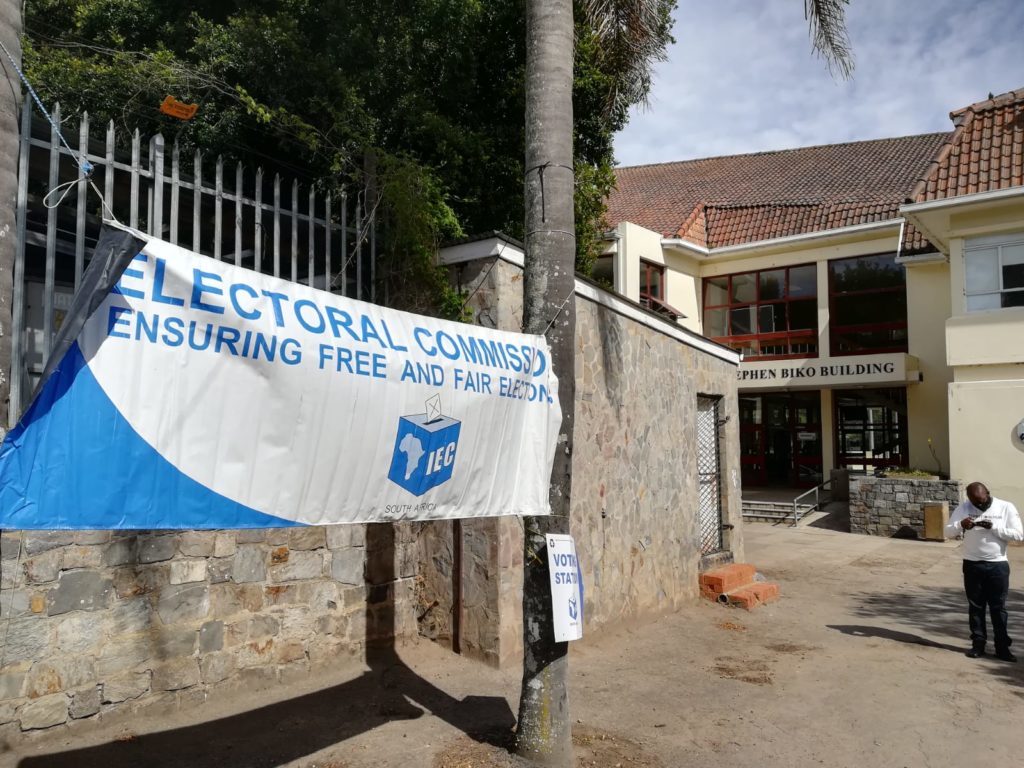 In this year’s election’s most closely contested ward, Ward 12, the African National Congress (ANC), narrowly retained the seat it won in an upset by-election in 2019 with just 22.84% of a vote split between nine candidates.

Local politicians have their theories.

Democratic Alliance (DA), Frontier Constituency Leader for Makana, Kevin Mileham, said the challenge in Ward 12 is the transitional nature of its population. Many are registered elsewhere, and there is also an element of voter apathy among younger voters.

“We (political parties) need to do more to energise ALL youth to go out and vote,” he said.

“We need to encourage students to understand the meaning behind an exercise to vote and not to take it lightly,” she said.

When Grocott’s spoke to students, reasons for not voting ranged from a lack of interest to a lack of good information about the elections.

Many said they did not have the time to register physically but that the online registration process was not well advertised.

But, some went out of their way to participate.

Third-year Journalism and Media Studies student Naomi Grewan said she voted “because I feel like it’s the least I can do to respect what so many people lost their lives for”.

“I feel like voting here as a student is easy and convenient – like, there’s really no reason not to.”

Another student, who preferred to remain anonymous, said that because she isn’t from Makhanda, she felt that her vote would have been more meaningful if she could vote at home. She also thought that she was not informed enough to decide. Her vote would have been based on the information found on social media.

Delara Crouse agreed: “I feel that I [don’t] know enough about current politics to make an informed decision. If I were to vote, I would have asked someone who to vote for and thus, just have cast their vote twice, and I don’t think that helps anyone.”

In response to a question posed on the UCKAR Facebook page, some students said they forfeited their vote because there was general dissatisfaction with their options.

Tinyiko Khoza said, “I didn’t vote because I wasn’t happy with the options I had. The ANC has not been doing what they were elected to do, the DA was very good at pointing out what the ANC [was]not doing, but I never heard about what they were going to do instead.

“I also felt very demotivated because the roads in Makhanda have been in such terrible condition ever since I have been a student at RU, but they’re only being fixed when the elections are approaching.”

Many students said they distrusted the ANC, DA and EFF and had lost faith in the democratic system due to ruling party neglect and abuse.

Leleti Maluleke, a researcher with the Good Governance Africa (GGA), which recently co-hosted a webinar on youth and elections with the Mail & Guardian, said one of the worrying developments with the election was that even independent councillors were not talking to young people.

Monique Bennett, also a researcher with the GGA, pointed to a difference in mindset between generations born before 1994 and those born into the democratic dispensation. Young people growing up in the democratic dispensation find themselves confused, especially since political parties seem to be more interested in bashing the ruling party than putting forward solutions to the youth’s challenges.

Pranish Desai, a data analyst with the GGA, said political parties seem to forget about young people until there’s an election on the horizon, which contributes to mistrust of politicians and political parties.

Maluleke suggested that one of the contributing factors to the violent looting that left more than 300 people dead in July could have been that it was an outlet of frustration for youth.

M&G editor Ron Derby, who facilitated the dialogue, enquired whether the youth had built on the energy of the #FeesMustFall movement from six years ago, which shook the echelons of power.

Maluleke reasoned that the movement was weakened by political parties, which identified and eventually absorbed some of the movement’s leaders into their ranks.

GGA researcher Stuart Mbanyele said while it was encouraging that some of the #FeesMustFall leaders and participants were now vying for seats as councillors in the upcoming election, it should be noted that not everyone can become a political leader.

Mbanyele argued that members of the #FeesMustFall can participate in the building of society through other ways, for instance, by becoming engineers and playing a role in other critical sectors.

A survey by the United Nations Inter-Agency Network on Youth Development said the majority of 13 000 respondents from 186 countries highlighted that the main challenges for youth were limited opportunities for effective participation in decision-making processes.

“With limited opportunities to meaningfully participate in inclusive decision-making processes, young men and women feel excluded and marginalised in their societies and communities,” the UN IANYD found.

“Finding solutions for it is difficult. The direction of the trend is very worrying for the longer-term health of South Africa’s democracy,” said Desai.

Donald Tlaka suggested that young people are not blameless in this debacle, saying they have allowed politicians to divide them according to race, class and gender.

“It will take courageous young people to stand against political rhetoric and come together across class and race to address the issues that confront them,” Tlaka said.