A day of bliss at the SPCA 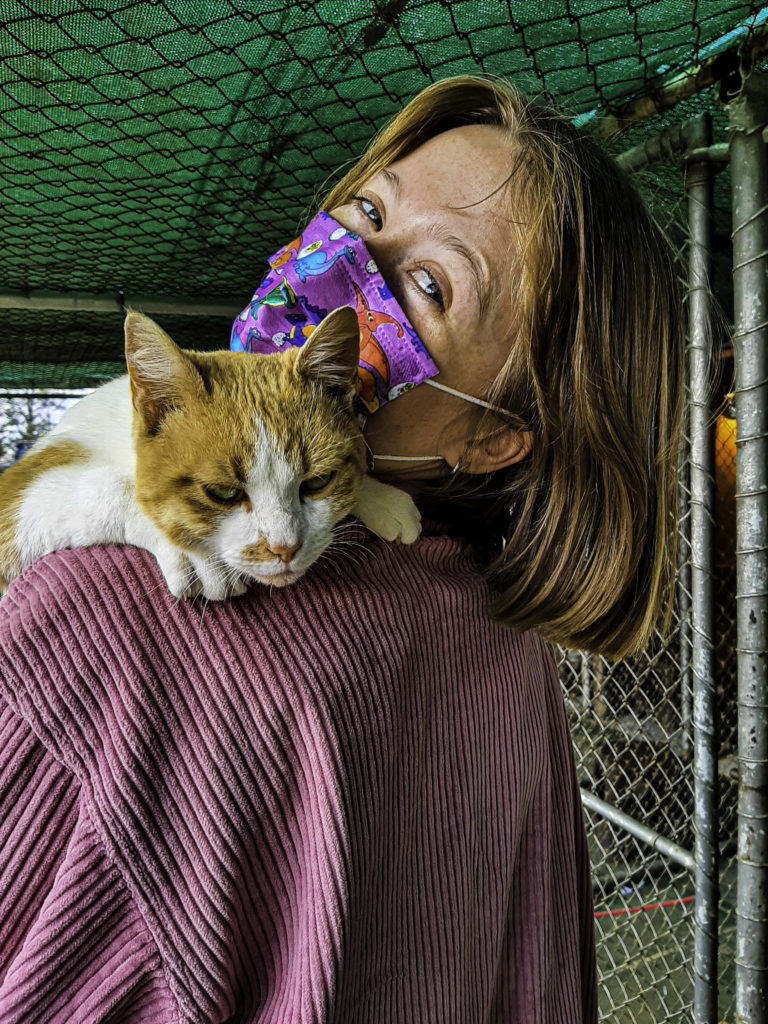 Dozens of happy faces swarmed around the cats, dogs and donkeys at the SPCA open day on Sunday 3 October. By the end of the morning, every dog in the kennels had been taken out for a walk by the visitors.

The day started with a few rays of sunshine doing battle with cold, hot coffee, cupcakes, and pupcakes. At the charity store, one of the volunteers paid R1000 for a book with a R20 price tag! All morning, the facility was buzzing in laughter, smiles, dog kisses and purrs.

Families came for Sunday strolls and bonding time, couples came for cuddles, and students went for the scrumptious cupcakes. SPCA staff encouraged visitors to walk the dogs, visit the animals and support the shelter. The open day aimed to create a fun environment and show people that the SPCA is not scary or sad. And we all left with smiles, swollen hearts and a deep appreciation of the SPCA’s vital work.

“It’s all about giving back to the community,” says SPCA chairperson Michelle Bradley.

The open day also marked the official opening of the Makana Vet Clinic building on the SPCA property, which has been operational since March this year. The clinic is run by Dr Amy Jackson-Moss, who prioritizes the sterilization of animals in Makhanda’s townships. Many pet owners cannot afford to sterilize their pets, so Dr Amy uses public donations to cover the costs.

The Makhanda SPCA officially opened its doors for the first time on 26 October 1963 by the president of the Port Elizabeth and district SPCA, NAB Smith. This heroic animal shelter receives funding through public donations, fundraising and membership plans. A small portion of their funds also come from adoption fees, although these funds are usually used up to sterilize the animal before it is adopted. During the Covid-19 pandemic, the SPCA has had an influx of animals coming into the shelter with distemper and requiring treatment and assistance. Distemper is a contagious disease caused by a virus that attacks dogs and puppies’ gastrointestinal, nervous and respiratory systems. Unfortunately, there is no cure for distemper, and the treatment merely reduces the severity of the symptoms.

The SPCA currently houses 20 cats, 80 dogs and five donkeys. They keep an animal in their care for as long as possible. When dogs and cats come into the shelter, they need to be retained for seven days to give the owner time to claim their pet back. After that, if the animal has not been claimed, it is put up for adoption. Some dogs have been living at the SPCA for over a year.

After the seven day period, if the dogs show signs of kennel stress, a veterinarian is consulted, and euthanasia looms if there are no other viable options. The staff at the SPCA are very passionate about the animals and grow attached to them, so euthanasia is not an easy option for them. However, it is the kindest option for the animal if there is no hope of getting adopted.

We certainly try and give everybody the very best chance of being adopted out into a home,” Michelle says.

Currently, the SPCA’s biggest problems are the low adoption rates and an aged, dysfunctional vehicle. The SPCA inspector often gets called out to places like Bedford, Alicedale and Fort Beaufort. When he is out and the SPCA receives an emergency call to assist a distressed animal, the shelter needs to use a staff member’s vehicle. Hence, their plea is for a second functional vehicle for emergency calls. Resident stray animals at the SPCA and a volunteer.

” The Grahamstown SPCA is so committed to making Grahamstown a better place for the community and the animals.”

How can the public help: