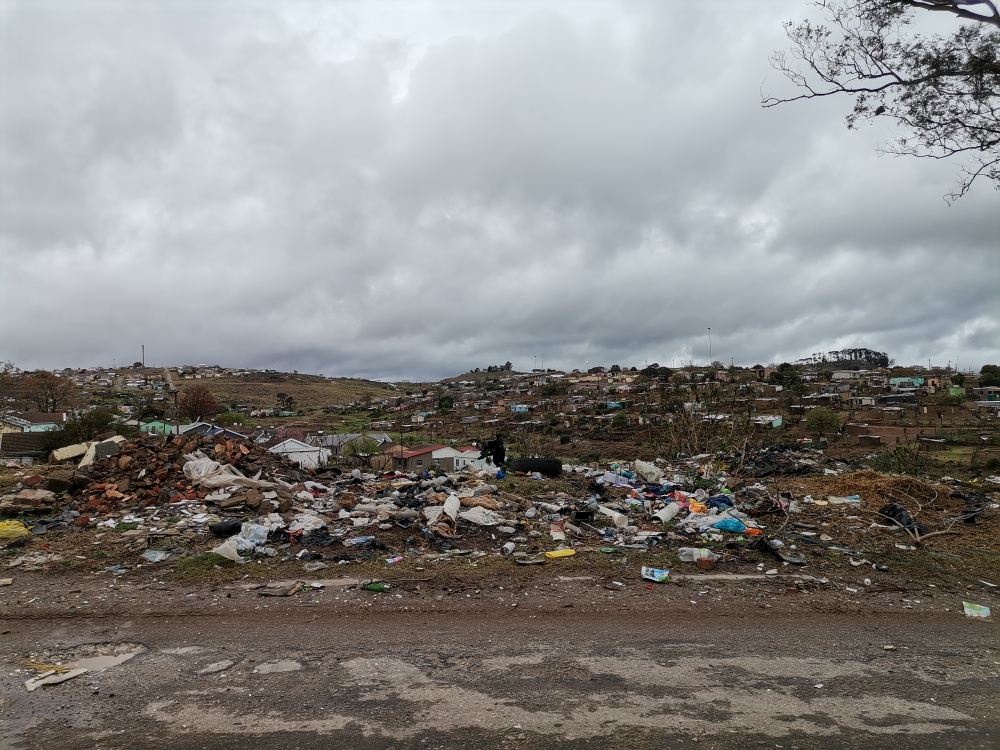 With a court order hanging over its head, the Makana Municipality (MM) has intensified its illegal dumping awareness campaign.

According to MM spokesperson Anele Mjekula, the aim is “to reach out to the community and send a clear message regarding the dangers of illegal dumping and littering”.

The awareness campaigns have revealed that most households do not know and do not adhere to refuse collection schedules.

The MM recently breached a court order by the Makana High Court demanding that they clear seven illegal dumpsites by Wednesday, 29 September. They removed just two of the dumpsites.

The muni has a limited number of trucks available for the removal of the dumpsites. Still, Mjekula said the MM is committed to complying with the court order and is collaborating with affected communities and applicants to identify all illegal dumpsites in the townships within 30 days. The plan is to clear all of them within 120 days (by the end of January 2022).

Mjekula said the MM had placed refuse containers in the areas where the illegal dumping sites were located. “However, have had to go back numerous times to clean areas that had been recently cleaned because members of the community continue to dump on the cleaned areas,” Mjekula said.

“In some instances, the public has indicated to our environmental officials that they forget to take out refuse on the scheduled date and time,” Mjekula said.

The municipality is distributing 20 refuse bags to indigent households, which are expected to be used for household storage or refuse and taken out as per its weekly collection schedule.

“The municipality would like to appeal to residents to take their domestic refuse out on the scheduled days and dispose of garden refuse on identified municipal containers,” he said.

This is the weekly schedule:

The MM is responsible for cleaning and sweeping the CBD every weekday.

“The municipality is currently in the process of clearing illegal dumping sites and would like to appeal to community members to join these initiatives,” Mjekula said.

“The municipal trucks from time to time will experience a mechanical breakdown. When this happens, the municipal communication department will immediately issue a notice via social media platforms and municipal websites to advise residents to keep their refuse in their yard. Residents will be advised when refuse will resume.”

“The MM is currently in the process of partnering with few local recycling companies and Rhodes University to encourage waste minimization at source, and the program is expected to be rolled out in October 2021.”

“The municipality strongly discourages illegal dumping and will need residents of Makhanda to take equal responsibility for ensuring a clean and healthy environment.”