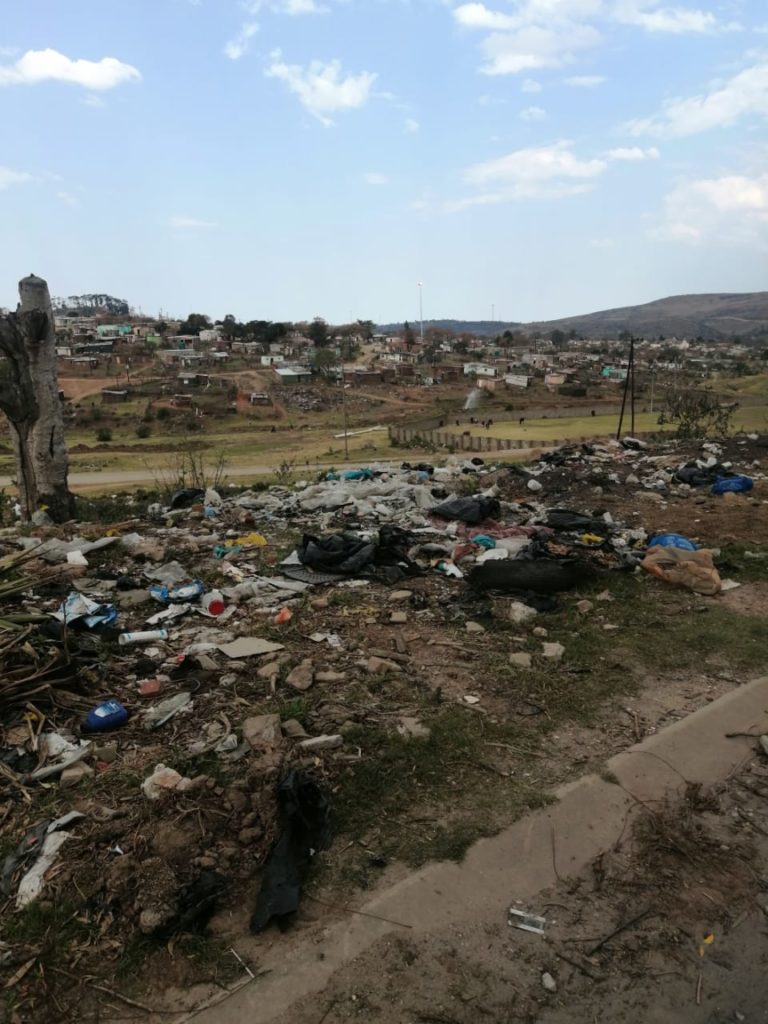 Last week, Grocott’s Mail reported on a landmark court order upheld by the high court on behalf of the Ezihagweni Street Committee and Mary Water High School, compelling the Makana Municipality to eradicate illegal dumpsites in the city.

GM Direct’s PHETOLO PHATSIBI interviewed CAMERON MCCONNACHIE, director of the Makhanda office of the Legal Resources Centre, about the way forward. The LRC represented the Ezihagweni Street Committee and Mary Waters High School in the case.

GM: How will the LRC monitor the court order?
McConnachie: There will be some monitoring that we ourselves are going to do, simply by going to the various sites and looking for improvements. But we think there need to be far more comprehensive monitoring systems. So we’ll be giving the affected communities summaries of what the court case entails and then supply them with different monitoring tools. For example, they’ll be able to fill out forms to keep track of the date, time, and activities of when the municipality comes and what they did. So that’s how we’ll keep track of how much effort the municipality is putting in. We’re also working closely with the affected communities, so we are hoping that they will be able to indicate whether the site is clear and if it is staying clear.

GM: What are the legal implications if the municipality fails to co-operate?
McConnachie: I think at this stage we don’t even want to think about that. We are hoping that the municipality complies as we want to work with them as much as possible and be creative around finding the solutions that will really resolve the problem in the long term. Obviously, there are legal mechanisms to hold them accountable. If we find that they’re in breach of the court order, they may have to appear in court to explain the breach. If the municipality intentionally doesn’t comply with the court order, they would be in contempt of that order, and there is a range of ramifications. However, we don’t really want to think about that as we are hoping that they comply. There should be a positive outcome as we want to work with the municipality to implement the court order.

But, we think there needs to be better awareness in the community around household waste management, recycling, littering, and how the community can solve the problem. I think those directly around waste sites are probably going to be quite good at monitoring and assisting the municipality to keep those waste sites clear. People who live 300-500 meters away don’t feel the direct effect of the dumpsite. So it’s really about improving communication and awareness across all communities so that people are aware that you’re not allowed to dump at these sites, and what do you do instead to get rid of waste. I think we also need creative solutions from communities in addressing the issue.

Below are photos of some of the appalling illegal dumpsites that must be removed if the Makana Municipality is to comply with the high court order handed down last week: