A history of political murder 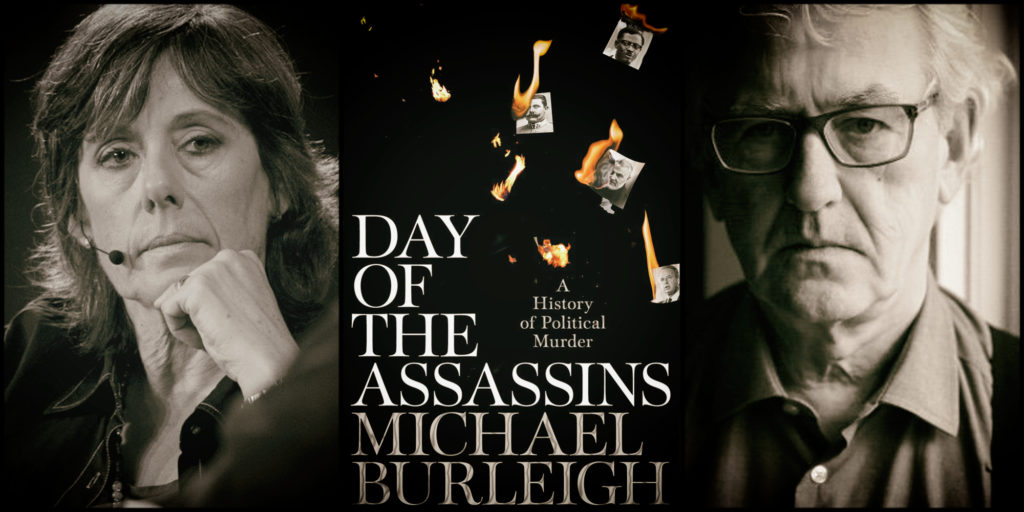 During a recent Daily Maverick webinar, associate editor Marianne Thamm led a conversation with English historian Michael Burleigh, who has just launched his latest tome, The Day of the Assassins: A History of Political Murder.

Burleigh strays from the archetypal depiction of the assassin as a lone gunman who stalks the shadows and aims at unsuspecting victims. Instead, he paints a picture of history that shows how the assassin is entwined with political and day-to-day life and captures our imaginations as we speculate on what went on behind some of history’s most infamous hits.

Beginning with the murder of Julius Caesar, Burleigh homes in on the last century, delving into assassinations from Europe, Russia, Israel, and the United States, including Martin Luther King and JFK.

He then touches on political murder within the Congo, India, and South Africa – laying out the events that led to Gandhi’s fatal gun wound, Patrice Lumumba’s execution by state firing squad, and how Hendrik Verwoerd came to be stabbed by Dimitri Tsafendas.

His coverage of the modern era sheds light on the CIA, the war on terror, and the weaponry built into drones, along with a discussion of the murder of journalist Jamal Khashoggi in Istanbul and Russia’s predilection for poisoning.

Burleigh positions the assassin at the centre of his narrative, painting a detailed picture of how men and women have been used as proxies of war throughout history. Whether at the behest of monarchs, governments, criminal organisations, and even the voice of public opinion, assassins have been used to avoid conflict, take out enemies and block tyranny.

He considers the role of the assassin within the political and social climate of the time and seeks to explore the multitudinous facets that give license to killers. In doing so, he unpacks the political circumstances and events leading up to each assassination. He explores the role of ideology, economics, and public opinion within each context, framing sanctioned murder as an enduring condition endemic to social organisation.

In doing so, he asks us to contemplate questions of morality and necessity, and to consider why assassination is more common to some societies than others, what the consequences of particular methods for killing entail, and whether assassination can really create worthwhile change or if it’s possible to ever put an end to it.

For more on ‘The Day of the Assassins: A History of Political Murder’:

Booty for bibliophiles at the Bathurst Book Fair