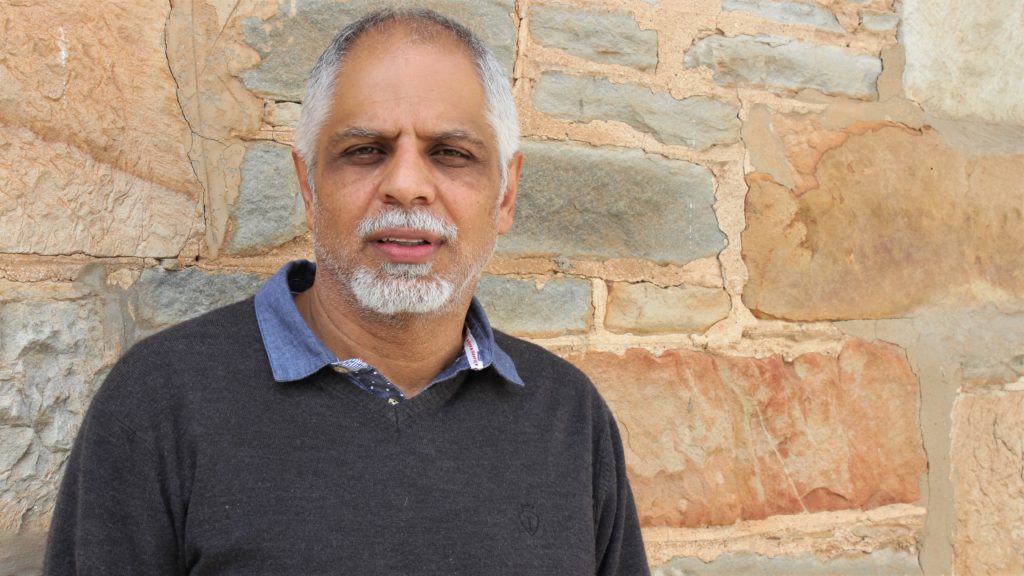 Mohamed Docrat, manager of the Department of Health's Makana Subdistrict, is proud of our vaccination record, but urges the community to keep up the momentum. On Thursday 19 August, Cabinet brought forward the vaccination opening date for 18-34 year-olds from 1 September to 20 August. Photo: Sue Maclennan

The Makana sub-district has recorded the highest number of doses administered (25 609) in the Sarah Baartman District, according to Mohamed Docrat, head of the Department of Health in Makana.

The wider Sarah Baartman District has vaccinated 84 429 individuals and is leading the Eastern Cape in vaccination the registration of some age groups:

And, amazingly, the Eastern Cape is leading South Africa, with 23% of the eligible population vaccinated.

That means Makana ought to be in line for some sort of vaccination medal.

But, we are still far from being able to celebrate.

It appears that men are not as keen on getting vaccinated as women. Almost 65% of those vaccinated in the Eastern Cape so far are women.

For Docrat, this is not a surprise. The same trend can be seen with all other medical treatments and procedures.

Males are often reluctant to seek medical treatment, often waiting until it is too late. A smart strategy is needed to convince men to come aboard the vaccination train.

The reported decline in vaccination rates countrywide over the past two weeks can be attributed to the shortage of vaccine shots in some stations across the country. However, Docrat says this was never the case in the Makana sub-district as there has been a consistent supply of vaccines.

Vaccination rates are expected to increase rapidly from 20 August when the roll-out opens up to 18-34 year-olds, a significant population segment. On Thursday 19 August, Cabinet brought forward the vaccination date for this age group from 1 September to 20 August.

To prepare for the anticipated influx, the local health department plans to increase vaccination sites. Six clinics in the Makhanda area will come on stream in addition to the three currently operating (Clicks Pharmacy, Rhodes University and Settler’s Day Hospital).

Docrat said all the existing sites had received positive feedback from the community about the efficiency of their service.

There have been no reported adverse reactions to the vaccine up to date.

Docrat considers the partnership between the local health department and Rhodes University as one of the many successes of the vaccination drive.

Despite having its success and efficiency, the vaccination drive has been hit by a shortage of staff. The Covid-19 pandemic has put an immense strain on healthcare workers, Docrat said, with the department allocating staff members between clinics, hospitals, and vaccination sites, whilst also ensuring that healthcare workers are fully vaccinated before heading out to vaccination stations.

Some local private doctors have responded to a call from the local Department of Health for assistance, Docrat said.

Data connectivity problems and a shortage of mobile tablets at vaccination stations have negatively affected the registration process.

Another challenge is posed by people who came for their first dose of the Pfizer vaccine but never returned for their second dose.

Docrat said the general reluctance of many people to get vaccinated, for various reasons, is also considered a challenge alongside the recent hike in Covid-19 infections.

I am Vukosi Maluleke, a Postgraduate Diploma student in the School of Journalism and Media Studies at Rhodes University.

I take pride in producing content that is inspired, purposeful and impactful.

Previous ArticleConquering the Grand Teton for Makhanda’s schools
Next Article I heard the machine-gun fire sound of police shooting down the mineworkers in Marikana … how did we come to this?