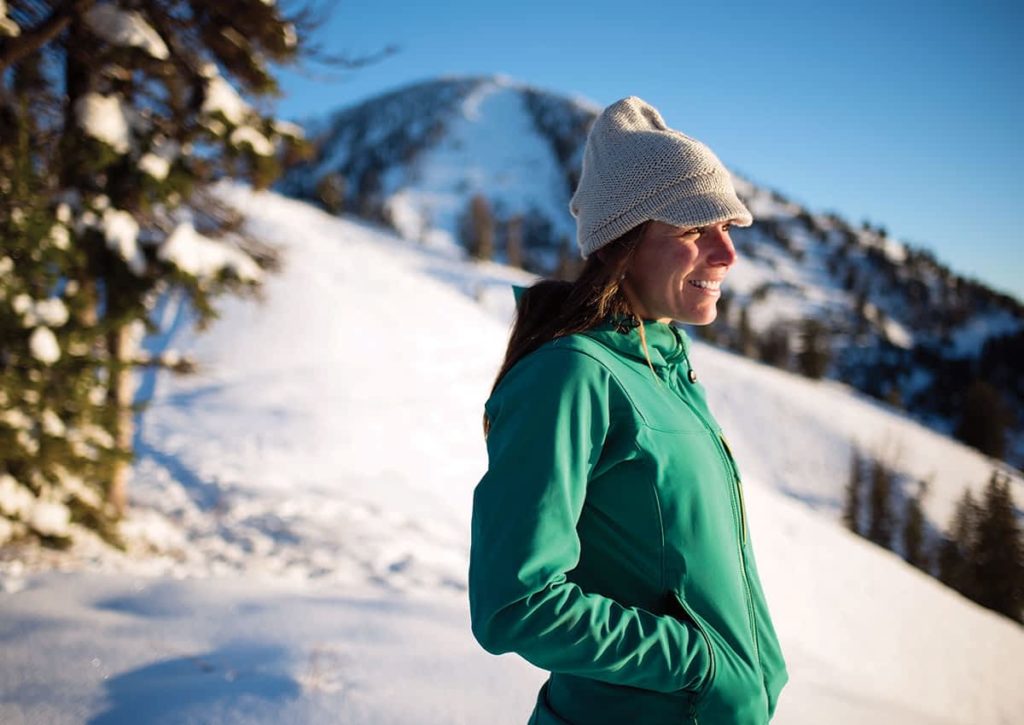 Julia Heemstra moves briskly up the rugged trails hugging the contours of the Teton mountains that stand over the Jackson Hole valley in Wyoming, USA.

Her trek is not only for pleasure or fitness.

This month, Heemstra began climbing once a week for seven weeks in an extraordinary, multimillion-rand intercontinental campaign to raise funds for water and sanitation infrastructure at seven Makhanda township schools.

On three trips up the mountain, she will take a companion to emphasize the goal of supporting education by providing water: one trip will include a middle school science teacher, highlighting education; one climbing partner will be a nurse from St John’s Health, putting attention on clean water and health; and one will be a 16-year-old, a link to the South African students who benefit from the program.

Although Heemstra lives in Jackson Hole, over 10 000 miles from Makhanda, she is no stranger to our town. Her father, Phillip Heemstra, was an ‘ichthyologist extraordinaire’ at Rhodes University. She spent her formative years at Stepping Stones Preschool, Oatlands Primary, Victoria Girls Primary School before migrating back to her country of birth, the United States of America.

Heemstra views the standard of schooling in Makhanda as a vital cog in her development.

“I have so much gratitude for the quality of education that I received in Grahamstown (Makhanda). I really feel like that created the foundation that’s allowed me to move on as an adult.”

The remainder of her schooling was completed in the United States. Still, Heemstra was always committed to returning to South Africa and first did in 1991. She taught children English at a farm school in Kwa-Zulu Natal, thus beginning her long association with education in South Africa.

The circle was completed when Heemstra convinced her college to allow her a term abroad for academic credit in Makhanda, focusing on humanitarian work and music/traditional dance.

Visits to Makhanda continued to interest Heemstra, who returned in 2018 with seven water filters after getting word of the E.coli contamination of municipal water.

“I had seven filters on that trip, and it became clear that I could have distributed 700.”

She opted to strategically provide five filters to local schools, with the remaining two going to Settler’s Day Hospital and a Rhodes University residence. The start of Heemstra’s inspiring connection to water sanitation in Makhanda’s no-fee paying schools had been set in motion.

The Rotary Club in Jackson Hole caught wind of her water filter distribution and offered funding for up to 50 water filters following a presentation by Heemstra to the group. These filters found their home in Nombulelo Secondary School, allowing clean water in each classroom.

As a result, the Rotary Clubs in Jackson and Makhanda struck a connection through their aligned philosophies. Heemstra herself expressed her affinity with Rotary’s motto, “service above self”.

Heemstra reached out to Gavin Keeton, a Rhodes University professor and Makhanda Rotary Club member, about the possibility of installing water tanks at Nombulelo Secondary School. Keeton was willing to orchestrate the implementation of the tanks if funding was provided.

The trust and alignment of philosophies between the two Rotary clubs allowed enough funds to be raised in one single Rotary event in Jackson Hole. Three weeks later, the water tanks were delivered, meaning Nombulelo Secondary School was no longer at risk of shutting its doors due to lack of water and sanitation.

The speed and accuracy of delivery from the Rotary Club of Grahamstown strengthened trust further. For the Jackson based group, it quickly became a case of, “What is the next project?”.

The focus shifted to Ntsika Secondary School’s toilet and sewerage problem. Through Heemstra and Keeton’s guidance, the Jackson Rotary club drew up and funded a global grant worth R2m to rectify the situation completed and unveiled earlier this year.

The delivery of such a large project within strict time frames once again strengthened the trust between the rotary groups and with high-performing local contractors.

“I have been beyond impressed with Makhanda contractors we have been working with in regards to their professionalism, how quickly they deliver on everything. That has also been absolutely instrumental for keeping the flow of donations this side,” Heemstra said.

Following that, Heemstra was sent on behalf of Jackson Hole’s Rotary Club to complete a community assessment which laid the groundwork for Phase 1 of the current project. Phase 1 brought running water, filtered drinking water and plumbing repairs to 10 Makhanda schools impacting 6 379 students. Phase 2 will provide extensive repairs to ablution blocks, kitchens and roofing at seven of these schools.

The view from the Grand Teton mountain peak is all the sweeter as the pledges roll in. Heemstra believes the concept of a physical challenge has brought awareness to newer and younger demographics. In one day, the challenge saw hauls of over R17 000.

Her efforts have catalysed extraordinarily productive alliances between the Rotary Clubs of Jackson Hole and Makhanda.

They have also connected young people in the two cities. This video shows the reaction of Nombulelo High School learners when they realised they shared a common love of certain music artists with their counterparts in Jackson Hole:

“For many of these students, the only way to ensure that their future will be better than perhaps the backgrounds that they are coming from is if they receive an education, and I firmly believe that is a human right,” Heemstra said.

I am Dylan Coetzee, a fourth-year multimedia student in the School of Journalism and Media Studies at Rhodes University.

Our unequal society is searching for a way up. Through educational journalism, I hope to act as a community builder in the spaces I work in. I especially hope to use my communication and problem-solving ability to help bridge the digital divide in South Africa.