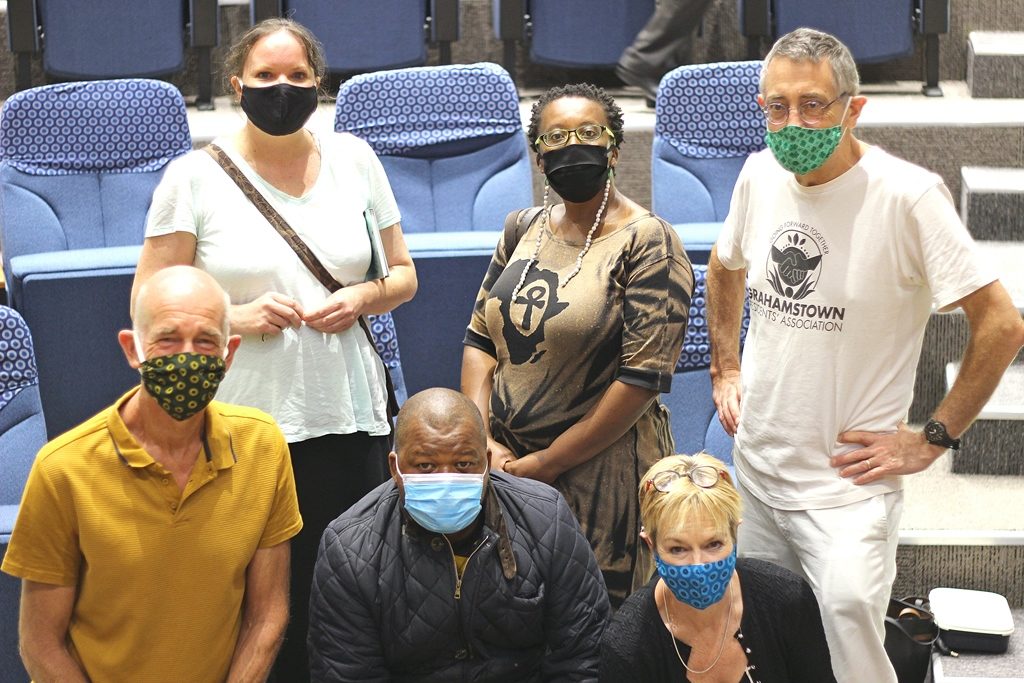 Most people voted by proxy ahead of the meeting as they attended the meeting via a Zoom video link. There were altogether (present and proxies) 95 votes in favour of the name change; six against and two abstentions.

Two residents from Alicedale, Eli Constant and John Bateson, were present at the meeting and are now officially able to join the soon-to-be renamed MRA. Bateson was voted on to the GRA committee.

The second motion was  to revise the GRA’s annual membership fees to R180 per person, or R60 for pensioners and ‘the unwaged’. This motion was also passed with an overwhelming majority. For the motion – 98; four against and three abstentions.

This decision was based on reports by the treasurer indicating that although the finances of the GRA are quite healthy at the moment, the prospects for the long term future indicate that more funds would be needed.

The third and final motion was for the GRA to support the Grahamstown High Court’s decision to dissolve the Makana Municipal Council and censure its representatives for appealing against the ruling. A total of 95 votes were cast in favour of the motion, three against and four abstentions.

The out-going treasurer of the Association, Peter Wentworth made the observation that he could support the High Court’s decision to dissolve Council, but could not censure it for invoking a legal right to appeal the court decision.

Two ballots were considered spoilt because they had no contact name.

The other important business of the evening was the election of a new Committee that manages the organisation between AGMs. Altogether, 105 (including proxies) members took part in the election with 99 voting in favour of the list below, six abstentions indicating no preference, and no objections.

The new treasurer replacing Peter Wentworth is Eleanor Louw and Tim Bull will continue in his role as the Secretary. The new chair and vice chair will only be chosen at the first sitting of the new committee made up as follows:

Other issues included a reminder that a court hearing about the name change of Makhanda is still due to be held on 26 April 2021.

As local elections are due to be held nationwide some time after August this year, leader of the MIND Party, Jock McConnachie, asked whether the GRA would consider endorsing a party for elections. This is a difficult question because the GRA has historically been apolitical, however outgoing chair, Philip Machanick suggested that it might be a good idea to hold a few debates on the issue.

Helen Holleman made an excellent guest presentation about her work cleaning up rivers and streams in Makhanda. She spoke to a series of slides showing her and other residents as they wade through marshy gunk and struggle to load bags full of garbage onto skips. It was clear that she is not only doing tremendous work cleaning up terribly polluted parts of our town but she is also building community spirit among those who help her.

Get the whole picture in GMDirect every Friday – FREE