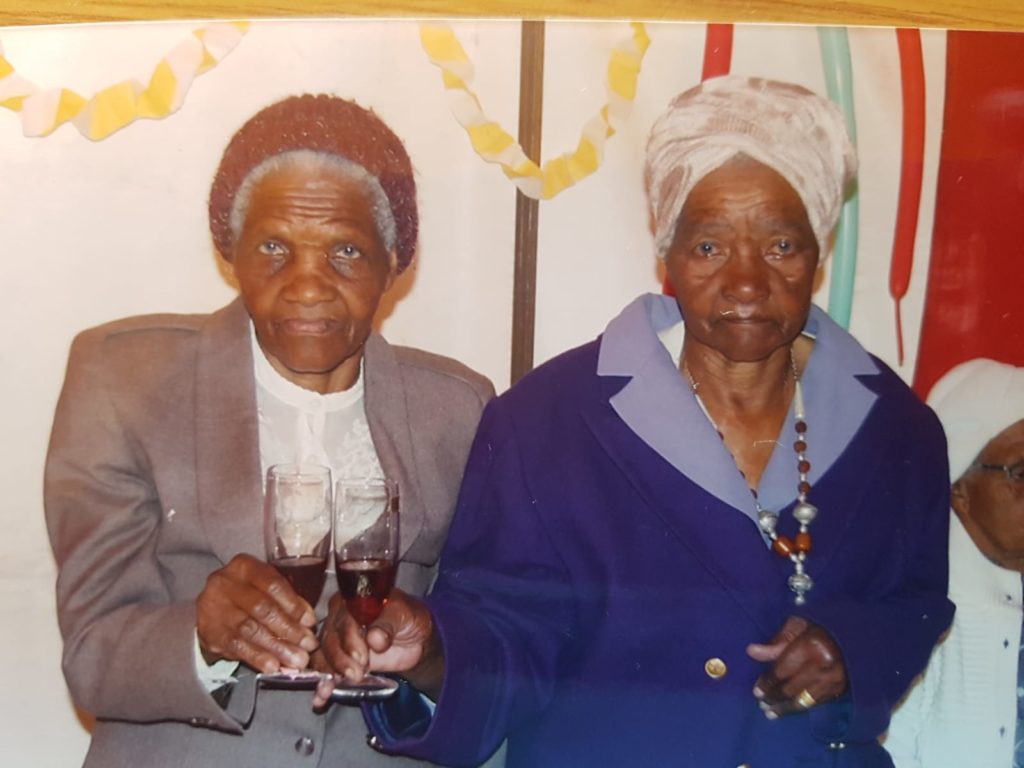 Ncinci, as Nontsikelelo Florence Dukisani was affectionately known, transitioned to her ancestors on 22 November 2020 at the time when we are once again reminded that those of us belonging to the women gender are still under attack. The annual 16 Days of Activism of No Violence Against Women runs from 25 November to 10 December, serving as a reminder that globally women and girls are not yet free of the scourge of gender-based violence.

Ncinci, who was a social justice activist in her own right, supported her son, Phila Nkayi, one of the first political activists in Makhanda. Steve Biko, when he came over to Ncinci’s home to fetch 14-year-old Phila, knew it was not going to be a walk in the park, as Ncinci would remind Biko of his age and that he was supposed to be at home with his family rather than gathering up young boys.

Ultimately the Black Consciousness comrades organised alternative pickup spots to meet Phila, so as to avoid the sharp tongue of his mother.

Women like Ncinci, who supported their sons, their spouses and their brothers behind the scenes in the struggle against apartheid, are seldom acknowledged. Like her son, Phila, Nkayi, Ncinci suffered sleepless nights of being harassed by members of the Special Branch – the intelligence arm of the brutal apartheid police. It was not unusual at the Nkayis for the police to harass everyone in the home, from babies to the eldest, rummaging even between the mattress and springs of the bed, hoping to find Phila.

At some point, Ncinci decided to adopt a fight-back strategy when the security police visited, and they were forced to think twice. In fact, their visits were mobilising support for Ncinci: whether in the middle of the night, or any other time when the police appeared, Ncinci would step outside and shout and swear at them. This alerted her neighbours and she would then be joined by her twin sister and other women from B Street and C Street.

Ncinci, being a teacher, was highly respectful of professionals; but the apartheid police turned her into a fighter: they knew that when they were going to arrest Phila, they would be shouted at by all the women in the neighbourhood.

This served as a form of consciousness raising, allowing women to understand the orchestrated nature of the brutal oppression that was what was taking place right there in front of their eyes.

When I was still a young girl staying at number 8 B Street and growing up with Phila and his siblings, I am reminded of uMam’ uWinnie Mandela’s famous quote: “I am a product of the masses of my country. I am the product of my enemy.”

Once her son was arrested, Ncinci would set out to trace where he had been detained. She used public transport to visit all the prisons in the Eastern Cape: she knew how to get to St Albans in Port Elizabeth, Kirkwood Prison, Middle Drift, as well as Robben Island, where he eventually ended up. Sometimes she would travel for two weeks on various forms of public transport to reach him.

Once she found out where he was, she knew what to take for Phila, like clothes and pocket money. If he was lucky, these things would reach him through the prison officials.

When Ncinci was preparing for the long trips to Robben Island, women from the neighbourhood would defiantly visit Phila’s home to pray for a good trip and appease her ancestors: culturally, as a twin, she was not expected to go close to the sea.

These gatherings served as awareness-raising platforms so that people could understand why Phila had been imprisoned on Robben Island and what it meant for everyone.

In the midst of singing, praying and speeches, one would find another Grahamstown activist, Priscilla Hall, coming in, sometimes alone or with one or two fellow Black Sash members, to finalise the logistics for Ncinci’s trip to Robben Island.

For more than two decades, Ncinci waged war against apartheid.

I am to confirm that we are standing on the shoulders of giants like Ncinci. May her revolutionary soul rest in peace. May amaThunzi namaNgwevu welcome and embrace her.