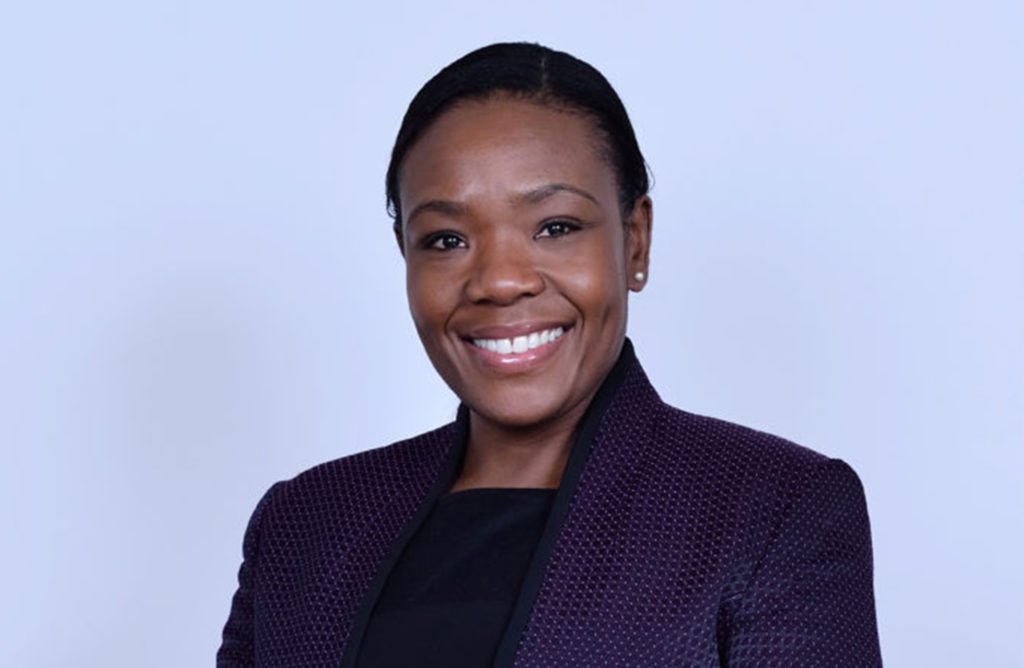 President Cyril Ramaphosa on 23 November announced the appointment of Tsakani Maluleke as South Africa’s new auditor-general (AG), making her the first woman to hold this position in the supreme audit institution’s 109-year history.

Experience in running the national audit office as deputy AG
Maluleke – who was also South Africa’s first female deputy AG – takes over from Kimi Makwetu, whose fixed term as AG would have ended on 30 November 2020, were it not for his untimely death on 11 November.

For the past eight years, Maluleke has been running the operations of the Auditor-General of South Africa (AGSA), first as national leader responsible for the direction of all audit work, and then as deputy AG, functioning as chief executive and accounting officer responsible for the direction of the supreme audit institution, which has over 3 600 employees across the country’s nine provinces. As the leader of the AGSA’s executive committee, one of Maluleke’s many key priorities has been deepening organisational capacity by developing people and investing in technical expertise across diverse areas.

Extensive public and private sector leadership experience
The new AG also has extensive leadership experience, having worked in both public and private sector positions at institutions that include the Eastern Cape Development Corporation and Izingwe Holdings. The African Women Chartered Accountants (AWCA) recently named Maluleke its 2020 Public Sector Leader of the Year in recognition of her contribution towards good governance and clean administration in the public sector. Born in Soshanguve, Pretoria, Maluleke is a chartered accountant (CA) who graduated from the University of Cape Town with a BCom (accounting) in 1996 and a postgraduate diploma in accountancy in 1997. She completed her articles with PricewaterhouseCoopers.

Active supporter of development, education and transformation
A passionate and active supporter of education, transformation and advancement, Maluleke has led developmental formations such as the Association for the Advancement of Black Accountants of Southern Africa, of which she is a past president; the CA Charter Council, whose primary objective is to grow the number of black accounting professionals; and the AWCA, which was founded to support and encourage the professional development of black female CAs.

Maluleke is currently the chairperson of the 36 000-member South African Institute of Chartered Accountants, the country’s foremost accountancy body and one of the leading institutes in the world.

As deputy AG, Maluleke has also been at the forefront of the office’s ongoing drive to train young and talented auditors, mainly from disadvantaged backgrounds.

Ready to take up the baton in the drive towards wholesale clean administration
Maluleke sees her appointment as a “privilege and the honour of a lifetime to further help in the development of my country”.

“I would like to thank the president and our Parliament for bestowing on me this great honour and the privilege of continuing to play a meaningful role to help strengthen our country’s democracy and its governance systems. I certainly do not take lightly the confidence that they, on behalf of South Africans, have shown in me to lead our national audit office to even greater heights of independence, fairness and delivering on our constitutional mandate without fear or favour.”

“With the team of fully committed and patriotic professionals in our office who want to see our country develop and prosper to its full potential, I humbly accept the assignment to receive the baton from my predecessor, who laid our strong foundations. I take this baton with purpose, and will continue to work closely with all those who have a keen interest in improving governance systems in our collective drive towards wholesale clean administration, especially in the public sector,” concludes the new AG.