Clicking through a global pandemic 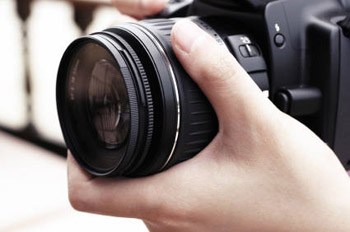 On the coffee table, a slip of paper lies underneath a mobile phone. Moments ago, the youngest daughter catalogued all the films her family intended to watch during the next two weeks — two films per person, she noted. The mobile phone lights up and a wave of notifications fall on watchful eyes.

Very little has changed within her four walls, but every time she reaches for her phone, she is reminded of how deceptive her routine has become.

In a data report provided by Digital 2020 in January this year, 36.54 million South Africans reportedly use the internet. According to Talkwalker, a Social Media Analytics & Monitoring Platform, South Africans spend 3 hours and 10 minutes on social media from a daily average of 9 hours and 22 minutes online. And during South Africa’s strict lockdown, Broadcasting Company Multichoice recorded a 38% increase in subscriptions. These statistics work to illustrate the context from which this story emerges — a story that follows 100 South Africans’ recent media habits. Unsurprisingly, the respondents turned to social media most for their media needs. In a weekly survey by Asafrika, this trend was confirmed with 87% of South Africans using social media at least once a day during lockdown with the two most popular hashtags on twitter, according Talkwalker’s report, being Covid related — #COVID-19 and #LockdownHouseParty. Social Media presented a space for connection and solidarity.

“I found it comforting to know I was not alone in my ‘rollercoaster’ of emotions,” one respondent said. “I found it interesting to watch Instagram lives which became really popular during lockdown … they allow[ed]for interaction between both the host and their guest … and between the audience and the hosts(s),” another respondent said.

Many of the respondents also used social media to engage with information about social issues during lockdown.

Video received significant attention too. 74 respondents used video streaming in the form of movies and series, while 68 respondents viewed video content on You Tube. For many of the respondents, the moving image satisfied both their need for escapism and their wish to invest in a form of normality during lockdown.

One respondent regularly watched travel vlogs: “It was my way of dealing with having to be inside and not go[ing]anywhere, almost planning future trips,” they revealed. Film and series watching also served as a way to connect family members during periods of quarantine. “Lockdown, and Tiger King, definitely brought [our family]closer,” another participant said. Among the 100 respondents, only 35 regularly consumed podcasts. However, antithetical to this finding, the nation saw an increase in podcast listenership. Francois Retief from iono.fm, the largest digital audio platform in South Africa, shared some of the statistics.

In a report comparing the listenership from 1 March 2019 – 21 May 2019 to the same period this year, it is clear that the number of podcasts users increased by 19%, the number of users streaming podcasts increased by 94% and the total number of hours listened increased by
17%. One respondent said they found listening to podcasts “enriching when [their]day was quite monotonous”, while another commented on how podcasts on brain health, “helped [them]make sense of the pandemic’s effect on our mental health”.

Rasmus Bitsch, the head producer of podcast organisation Sound Africa spoke to this writer about their podcast series, Covid in Africa, and the value of audio storytelling during the pandemic.

“The one area where audio shines is the fact that it connects people emotionally,” he said. “It’s rare to listen to a long-form podcast and get more stressed, because what we’re lacking is community and connection, and that’s exactly the thing that audio provides better than anything else.”

Covid in Africa aimed to provide content that addressed some of the deeper themes manifesting within lockdown. Amid the news updates, Covid in Africa could provide listeners with both “content and connection”, Bitsch said. While entertainment was the most popular genre of journalism amongst the respondents, both health and news journalism were considered most novel in relation to the respondents’ usual patterns of media consumption. Given the nature of the Covid-19 pandemic — both a news-worthy event and a health-related issue — this response was logical. “Right now I feel obligated to keep up with the local news during lockdown,” one respondent said while many sought information on lockdown rules, different systems of government and their responses to the pandemic and global events.

Within health journalism, respondents searched for updated news on the Covid-19 virus and for information on global diseases. Respondents also searched for knowledge on health and wellness as they began to recognise the importance of general health during this time. One respondent drew attention to this necessity by saying, “During lockdown, I used CALM more than I did before (for meditations, sleep stories and emotional “check-ins”).” However, respondents’ media consumption should not only be attributed to making sense of the pandemic. For many, entertainment served as an important form of escapism during an uncertain and stressful time. From the 80 respondents who consumed more media during lockdown, 67 of them often searched for entertainment. And from these 67 respondents, 37 consumed mostly short-form journalism (shorter articles, social media comment), 24 consumed both short-form and long-form, and 6 consumed mostly long-form journalism (documentaries and podcasts).

One respondent spoke of how lockdown has been “time out for soapies and interesting documentaries”. Another said, “I found myself reading voraciously. When you have all this time on your hands it’s easy to get lost in a book or book series. It was definitely the medium I felt the least guilty about consuming!”

During lockdown, South African filmmaker Tim Greene wrote, directed and produced Cabin Fever — a feature film he described as “a very strange little project” (Greene, 2020). For both him, and his cast, engaging in this film served as a way to stay occupied during South Africa’s strict lockdown.

“I don’t think it was an endeavour to make sense of things or to find meaning — more an attempt to stay busy during lockdown… It was about having a creative response to a difficult moment,” (Greene, 2020) he said. “On a writing level, it was me challenging myself saying, ‘Am I a good enough writer to write a compelling story where no two characters are in the same room?’”

As Greene recalled this creative process, he also pointed to something he was prompted to think about through the creation of Cabin Fever: a re-evaluation of his intentions as a filmmaker.

“[It] really made me think about how much I, and how I tailor my work to promotional imperatives,” he said, “even just having that thought of like a thing can be unsuccessful commercially but I still feel good about it — that’s completely new to me”.

He recognised both the longevity and energising nature of this thought and for his next film, he wishes to channel this energy.

Like Greene, many of the respondents reflected, re-evaluated and learnt during the lockdown. These experiences often were prompted, initially by the free time of quarantine, and then by engaging in different forms of media.

“The pandemic has recontextualised life for me. And also made me aware of issues that I would not necessarily have thought about before,” one respondent said. Others commented on how their media consumption had challenged their views on particular topics, broadened their knowledge and incited self-reflection. During the past few months, 74 of the respondents saw a change in their media habits, as they spent more time consuming media on different platforms within different genres of journalism and for different reasons.

However, while the pandemic has precipitated distinct shifts in patterns of media consumption, some respondents do not anticipate these changes lasting much longer.

Others viewed their behaviours as “situation-specific”. With less free time, they considered their recent behaviours as habits without much endurance.

Nonetheless, a significant number of respondents do plan to hold on to some of their new routines. From these respondents, many wish to keep both abreast of current and global news and open to the subjects they discovered during lockdown. They also see the benefit from conducting their own research on particular events and issues.

For most people, the Covid-19 pandemic has impacted their daily experiences and routines significantly. And for many of these people, media served as a platform to engage with, and make sense of this impact. As the responses to the pandemic vary, so do people patterns of media usage. However, it is clear to say that from the 100 respondents this story followed, media has played an integral role in the daily experiences of South Africans during the Covid-19 pandemic.

Previous Article‘What if I have to go to hospital?’ – the situation at Settlers this week
Next Article President appoints new auditor-general